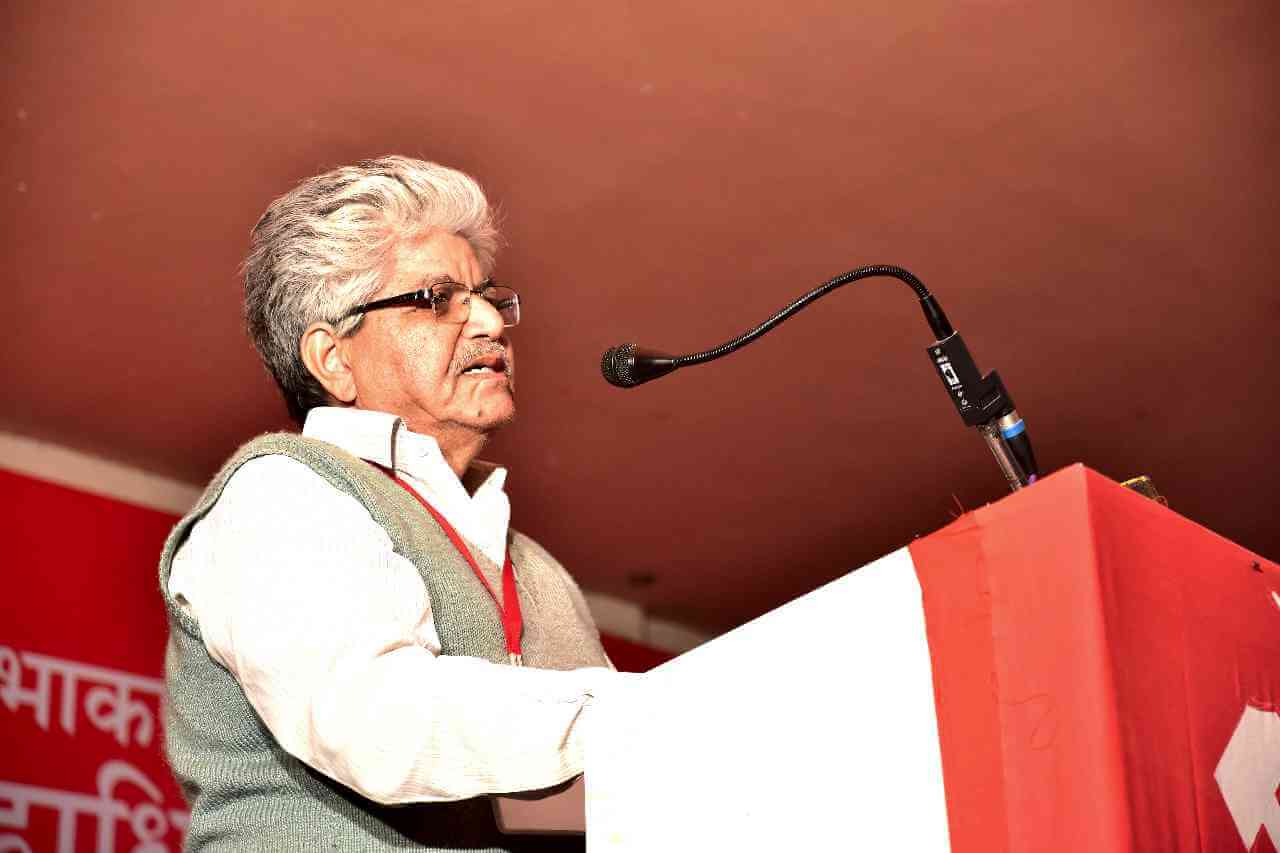 CPIML is stunned and shocked by the unexpected demise of our beloved Comrade Brij Bihari Pandey in Patna. Comrade Pandeyji had recovered from colon surgery, but had suffered from a chest infection and other complications following the surgery, and passed away in hospital on 26 August 2021.

Pandeyji as he was known all over the party, had been a childhood friend of Comrade Vinod Mishra in Kanpur. The two boys had come together to study mechanical engineering course at REC Durgapur in 1966, where they met Dhurjati Prasad Bakshi and Gautam Sen. All these young men were swept up together by the winds of the Naxalbari upsurge that were blowing through the campus, turning youthful rebellion against campus regimentation into solidarity with workers’ and peasants’ resistance. With Pandeyji’s passing, the last of the Durgapur REC foursome is lost to us.

Becoming a full time party organiser along with Comrades VM and DP Bakshi, Pandeyji served in a variety of roles and variety of regions. Since 1974, he had worked in Delhi, Punjab, Bengal, Jharkhand (where he served as Giridih secretary for a time) as well as serving on the party’s Central Committee and in several party organs: including the central organs Liberation and Lokyuddh. He was currently serving as Chairperson of the party’s Central Control Commission.

Pandeyji was a polyglot with an encyclopaedic mastery of a vast range of subjects. Along with English, Hindi, and Bengali, he could also speak a fair bit of Punjabi, and even understand some Tamil. From science to literature and culture to politics and history – Pandeyji had an abiding interest in it all, and would quickly gain command over whichever subject to which he turned his attention. He had the rare quality of patience to accompany this intellectual wealth: which made him an ideal teacher and mentor. Innumerable young comrades – from editors of party publications to activists on the range of mass fronts – availed of his generously offered mentorship. He would gladly be as willing to teach a novice to use a computer; or to discuss quantum physics with a student of physics, or the latest interesting novel or volume of poetry with comrades of Jan Sanskriti Manch; as he was to discuss any knotty problem a comrade faced in her everyday organising work.

The entire party extends its love and support to Pandeyji’s life partner Comrade Vibha Gupta (known to most as Comrade Jhuma), and his daughters Aditi and Riya at this time of immeasurable sorrow.