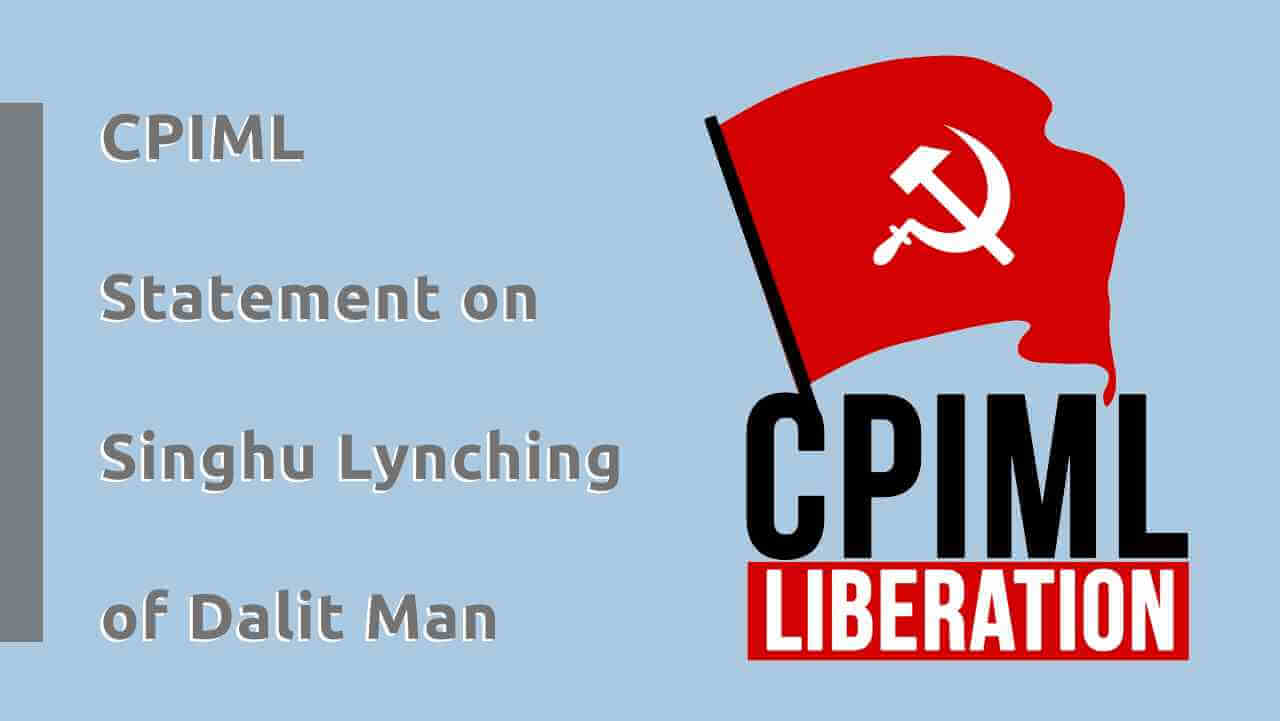 The CPIML condemns in the strongest terms the lynching of a Dalit man Lakhbir Singh at the Singhu border, allegedly by a Nihang Sikh outfit, as well as the continued attempts by members of this outfit to justify the barbaric crime and intimidate the family members of the victim.

The lynching was done allegedly in reaction to an act of desecration of the holy scripture of Sikh religion. While condemning any such act of desecration of symbols sacred to the Sikh community, it must be asserted unequivocally that no allegation of ‘sacrilege’, ‘heresy’, ‘blasphemy’ or ‘insult’ can justify such brutal killing. Communal and anti-dalit violence committed in the name of defending religious symbols cannot be justified in any civilised society and all those involved in this crime must be prosecuted and punished.

Stories filed by journalists from the village of Lakhbir Singh raise several questions that can only be satisfactorily answered through a thorough probe into the entire incident. The farmers' movement has strongly condemned this shocking incident and any attempts to use the incident to discredit the protesting farmers and distract attention from the Lakhimpur massacre and other cases of violence against the farmers' movement must be strongly rebuffed.