In order to raise these issues with the concerned authorities, we the undersigned individuals and organisations are calling for a Protest & Deputation Programme at the Birbhum District Magistrate's Office on January 6, at 12 noon. 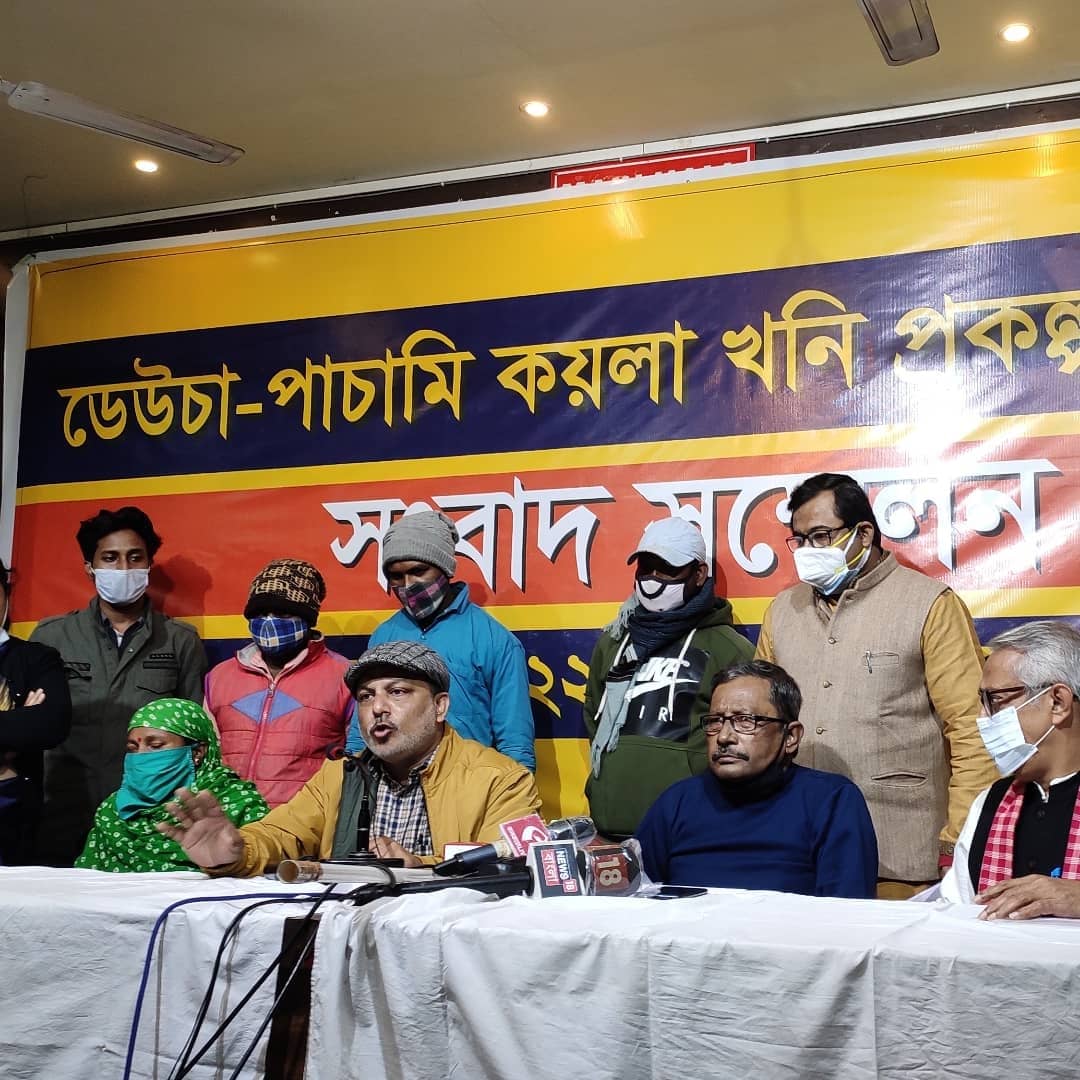 The coercive manner in which land is being acquired for the Deocha-Pachami coal mine project in West Bengal's Birbhum district is flawed and illegal. Right to Fair Compensation and Transparency in Land Acquisition, Rehabilitation and Resettlement Act, 2013 lays down elaborate processes of Social Impact Assessment, public hearings of the project affected persons and assessment of the project by expert committee, none of which have been conducted transparently. The report of the Social Impact Assessment or the Environmental Impact Assessment are not available either to the affected persons or in the public domain. Yet, a compensation and R&R package has been announced in a hurried manner. Now, the Birbhum district administration is putting pressure on local people in order to give consent for the project. Democratic rights of the local people, especially those in opposition to the project, are being curtailed with the police unleashing repressive actions. All these administrative actions are not in accordance with the law.

There are several reasons for objecting to this coal mine project. More than 4000 families will be evicted, most of them belonging to Scheduled Tribes, Scheduled Castes and Muslim minority. The environment and public health in villages and small towns around the project area will be severely affected and social life vitiated. The Dwarka river as well as farmland, even in distant areas, will be impacted. More importantly, the massive carbon emissions from burning another 2 billion tons of coal from a greenfield coal mine would accelerate global warming and climate change. The districts of East Medinipur, North 24 Parganas and South 24 Parganas in West Bengal, which also includes the Sundarbans, are facing the threat of inundation and submergence in the next few decades, due to rising sea levels. We have already started feeling the impact of the climate crisis through frequent cyclones. Unfortunately, the West Bengal government seems to be oblivious to the serious challenges posed by climate change.

In the face of environmental pollution and climate crisis, where is the need for a new coal mine to supply fossil fuel for the next 100 years? What would be the quantum of fresh employment generated and at what cost? While the world is increasingly shifting to solar, wind and other renewables as sustainable alternatives to coal and petroleum, why aren't the Centre and the State government moving in the opposite direction? We feel the need for a statewide debate on these issues.

In order to raise these issues with the concerned authorities, we the undersigned individuals and organisations are calling for a Protest & Deputation Programme at the Birbhum District Magistrate's Office on January 6, at 12 noon. A Memorandum will be submitted to the District Magistrate making the following demands: