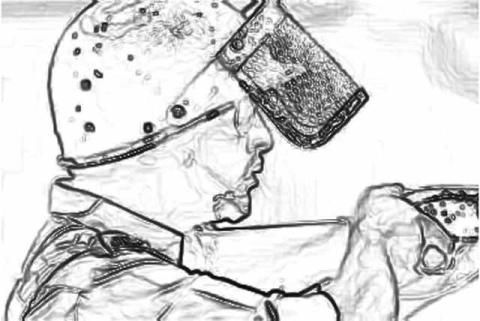 The Assam Police’s arrest of Gujarat MLA and popular Dalit movement leader Jignesh Mevani over a tweet asserting that Prime Minister Modi “considers (Gandhi’s assassin) Godse to be God” and challenging him to visit riot-hit areas has once again brought home the role of the police in India as an arm of the ruling BJP. The Assam Police came all the way to his constituency in Vadgam to arrest him and take him to Kokrajhar in Assam. After he was granted bail in this case, the police rearrested Mevani almost immediately, after a woman police officer claimed that he had molested her in a police vehicle. Importantly, during the bail hearing in the first case, the police made no mention of this second case! Clearly, the second case was manufactured just to prolong Mevani’s detention.
Granting bail in the second case, the Barpeta Sessions Court found that the second FIR appeared to be a false one, concocted as a pretext to keep Mevani in police custody. The court expressed the concern that Assam (and by implication) India could “become a police state.” Observing the widespread phenomenon of police custodial killings in Assam, allegedly of accused persons who were shot while attempting to escape, the court suggested that the High Court “may perhaps consider directing the Assam Police to reform itself by taking some measures like directing each and every police personnel engaged in law and order duty to wear body cameras, to install CCTV Cameras in vehicles while arresting an accused or taking an accused to someplace for discovery of some articles and for such other reasons and also to install CCTV cameras inside all the police stations.”
Predictably, the Assam police challenged this order in the High Court. The High Court, while it did not stay the bail granted to Mevani, did impose a stay on the sessions court’s observations on the conduct of the police. This is unfortunate, since the sessions’ court recommendations deserve to be implemented across the country on police and armed forces in their dealings with civilians.
The arrest of Jignesh Mevani exposes how much the BJP fears any opposition. The slightest criticism of Modi is grounds to arrest a legislator from an Opposition party! And it is no coincidence that an FIR by the police falsely alleging sexual misconduct is filed against a Dalit man. Whereas dominant patriarchal narratives often accuse women of filing “false complaints” of sexual assault, the fact is that it is the police, not women, which files such false cases. And it is most often Dalit, adivasi and Muslim men who are falsely accused by police of sexual violence. Men of these oppressed and minority communities are profiled by the Manusmriti itself as being sexually dangerous, and today’s Manuvadi order, amplified by Hindu-supremacist politics, reproduces those stereotypes.
India is notorious for police brutality: approximately 5 persons die in custody every day in the country. Police torture to obtain false confessions is widespread. As the Barpeta Sessions Court observed, custodial killings often follow a ‘script’ that is repeated over and over. The Court pointed out that false FIRs like the one filed by the police against Mevani, are commonly filed “to give credibility to the police version of occurrences like the arrest of accused persons and the accused persons attempting to escape from police custody in the midnight, while the accused was allegedly leading the police personnel to discover something and the police personnel firing and killing or injuring such accused, which has become a routine phenomenon in the state.” When Narendra Modi was Chief Minister, he celebrated the police custodial killings of Muslim men as a form of instant “justice”, asking crowds in rallies to reply “kill him”, to the query “what should we do with criminals?” In the same manner, Uttar Pradesh Chief Minister Yogi Adityanath celebrates police custodial killings (staged ‘encounter’ killings) as “encounter justice” in his first term, just as he is trying to popularise the term “bulldozer justice” for threats to demolish homes of Muslim “criminals”.
In Delhi, there have been repeated complaints of Delhi Police personnel molesting and sexually humiliating women protestors while detaining them in the course of peaceful protests.
Why does our higher judiciary – custodian of constitutional rights – not make body cameras as well as CCTV cameras in police stations and police vehicles mandatory to check this shameful epidemic of custodial violence, torture, and killings? In the USA, there is an epidemic of custodial killings of unarmed Black children, men, and women by the police. These killings are often excused by prosecutors or juries on the grounds that the offending policeman genuinely felt threatened by the victim. But protests against such killings have resulted in increasing requirements that police personnel wear body cameras, and make the footage public in case of a killing or any other instance of violence.
We extend all solidarity and strength to Jignesh Mevani, and demand an end to Modi regime’s police state where even an elected legislator is not safe from vindictive arrests, curbing of free speech, and false FIRs.