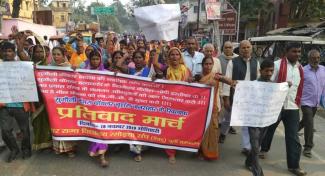 A CPIML fact-finding team visited Sugauli in Eastern Champaran on 17 November 2019 to enquire into the recent horrific boiler blast which killed several people. The team enquired into the various aspects of the incident and found the State government, District administration, Education Department and an NGO responsible for the murderous incident. The decision to hand over mid-day meal preparation in government schools to NGOs results in negligence as well as outright danger. NGOs centralise the kitchens, rather than let fresh, hot food be cooked locally in every school kitchen, by cooks employed from the local community.

BJP leader Ramgopal Khandelwal’s go-down was situated on the road side just before Sugauli Bazaar. Rice, urea etc used to be stored in the go-down. In this same complex the DEO and BDO inaugurated the centralized kitchen on 16 October 2019. The contract for the centralized kitchen was given to an NGO named Navaprayas whose Director was Narendra Kumar Singh. The contract was for supplying mid-day meals to 1100 children in 57 schools. The big boiler was set up at zero distance from the main road on a kutcha foundation. No NOC was obtained for safety and other standards. Coal was fed in to prepare steam on which the meals were cooked. 13 workers did the work of operating the boiler, preparing the meals and doing the other tasks and lived on the premises day and night. After the meals were prepared, other workers and vehicle drivers used to come and take the meals for distribution in the schools. 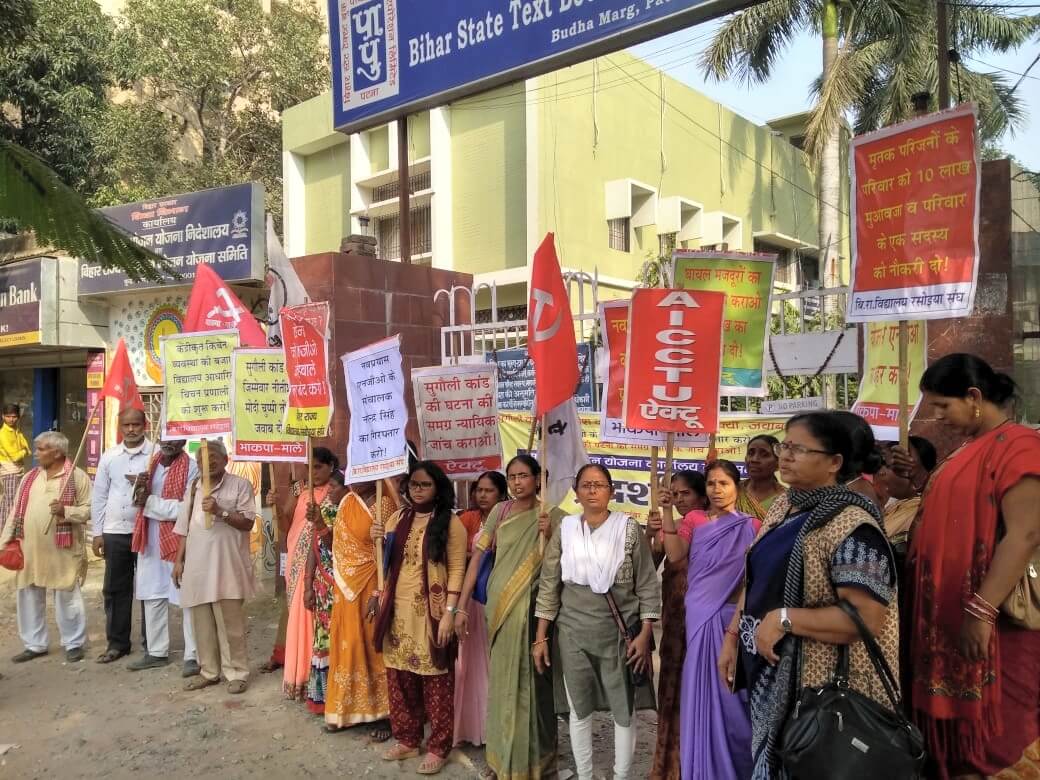 In the morning of 16 November all the workers were busy doing their work. Preparations for vegetables, dal and rice were on. The worker operating the boiler told the other workers that they could start their work as the boiler was about to be started. At about 4.50 the huge blast occurred. The entire area shuddered. The upper part of the boiler weighing thousands of kilos flew out and fell 100 meters across the road. The office wall was shattered, as was the wall of the neighboring building. Pieces of human bodies flew and scattered on the road and in the paddy fields. Hearing the cries and shrieks, people came running, freed the injured workers crushed under bricks and sent them to hospital. Three workers died on the spot. At least two others are battling severe burn injuries in hospital.

At the time of the blast, the workers present were: 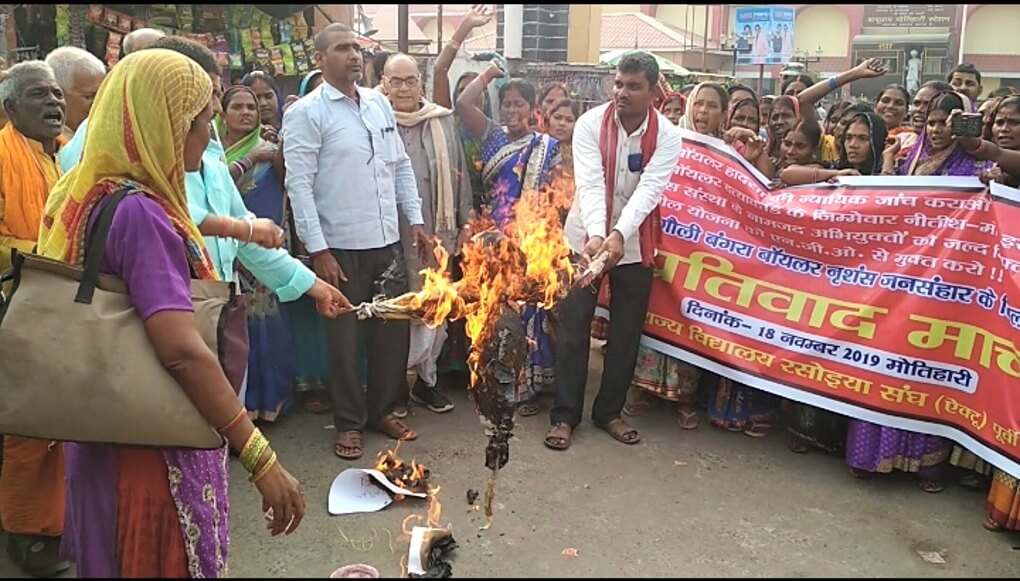 The workers were not local people but from neighboring blocks. Most of the workers were aged between 20 and 30. Of these, Abhimanyu Kumar, Vijay Yadav, and Umesh Yadav died, while Guddu and Naveen Kumar, were (at the time of the team’s visit) undergoing treatment at the Motihari Sadar Hospital, where basic investigations and medical treatment too had been lacking. We learnt that later, the NGO paid for them to get treatment in a private hospital, hoping to hush up their complaints.

The administration and NGO have remained silent on this issue and neither the Chief Minister nor the usually quick-to-comment Deputy Chief Minister has given any statement.

The CPIML demands that a high level judicial probe should be conducted in this matter; the State government should give a report to the people of Bihar regarding the condition of the workers working in the plant; the terms and conditions of the Labor Department; safety of boilers and other equipment etc.; the State government should also put an end to the centralized kitchen-NGO management system and strengthen school-based mid-day meal arrangements. The CPIML and Bihar Rajya Vidyalaya Rasoiya Sangh demands Rs 10 lakh compensation for the families of the dead victims, proper and adequate treatment for the injured, arrest of BJP  leader Ramgopal Khandelwal and Navaprayas NGO Director Narendra Singh who are responsible for the incident, and immediate black-listing of the NGO Navaprayas.