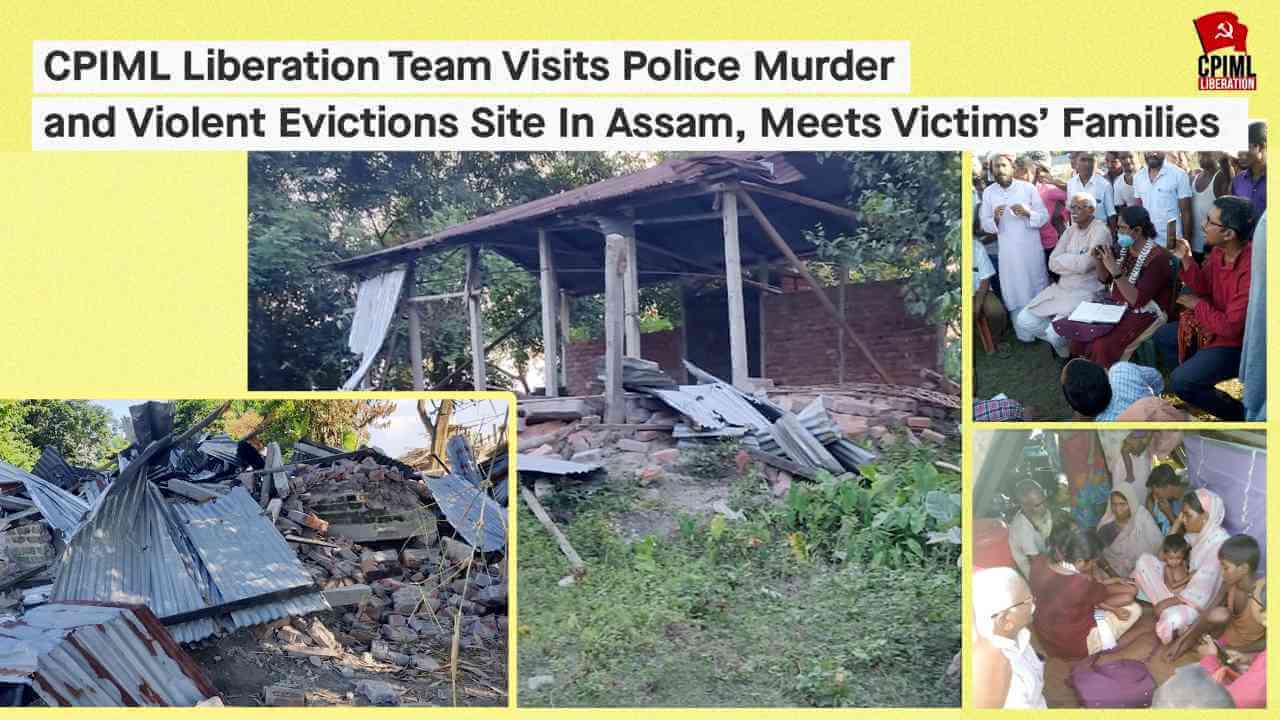 “Killings of Moinul Haque and Sheikh Farid Are Murders, CM Must Resign, SP Darrang Must Be Arrested” - CPIML Liberation

The team’s findings: The Killing Of Moinul Haque


Not “Encroachers” But Erosion Affected Farmers

The evicted households have settlement papers dating back to 7 February 1979, showing that they have been paying occupancy charges. The government has set up  Aanganawadi Kendras and schools etc. When the river floods their land they are displaced onto government land. How can such households be termed “encroachments”?

The 2019 Land Policy and Brahma Committee report talk of evicting non-indigenous “encroachers” from  government land which will be distributed to “indigenous”. The definition of “indigenous” is not provided in the policy - why are family of Bengali-descent Muslims considered non-indigenous when they have lived on the land for 4 or 5 decades?

The fine print of the Land Policy makes it clear that even the “indigenous” Assamese are not going to receive any land. The whole thing is a ploy to grab land to hand over to corporates as is already happening near the airport, at Mikir Bamuni etc.