On May Day 2022 (May 1) CPIML will begin a month-long all-India campaign to inspire people to resist Bulldozer Raj.
Working Class 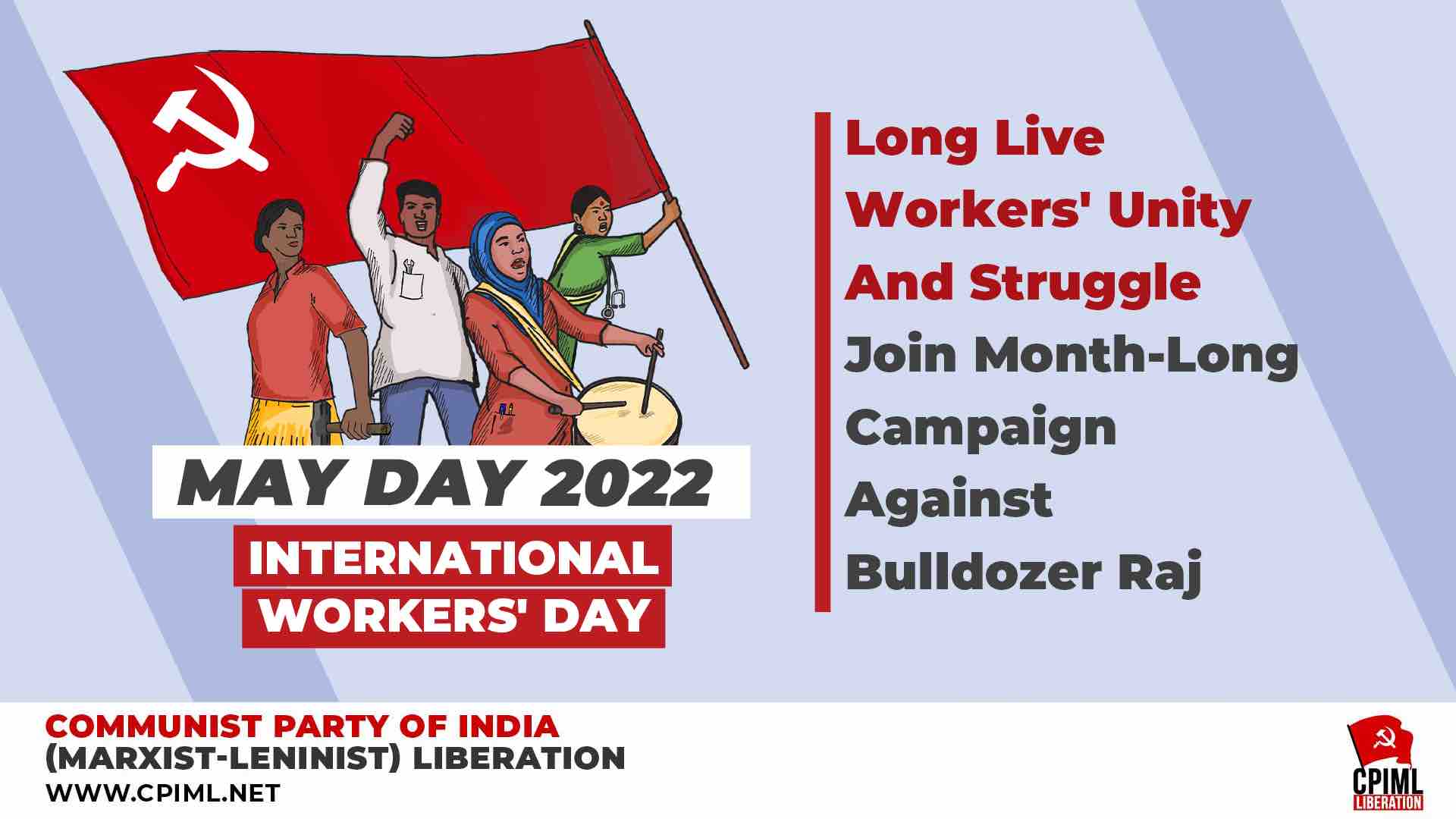 All over the country, the homes and livelihood of the poor (slums, unauthorised colonies, street-stalls and carts etc) are being demolished. BJP Governments and municipal corporations etc are especially singling out the Muslim poor, and sending bulldozers to demolish their homes, mosques, shops. This is being done on the pretext of "clearing encroachments" and also "punishing rioters", "evicting Bangladeshis and Rohingyas" etc. The BJP has turned the Bulldozer into a new symbol for itself: a symbol that declares its cruel anti-poor and anti-Muslim intent. The poor and working class all over India must resist this Bulldozer Raj. Whether Hindu, Muslim, Sikh, or Christian, we will say in one voice: Stop running the BJP Bulldozer over the shelter and livelihood of the poor; over harmony and fraternity in India; and over India's Constitution. On May Day 2022 (May 1) CPIML will begin a month-long all-India campaign to inspire people to resist Bulldozer Raj.