Assam CM Must Resign For Police Massacre On His Watch 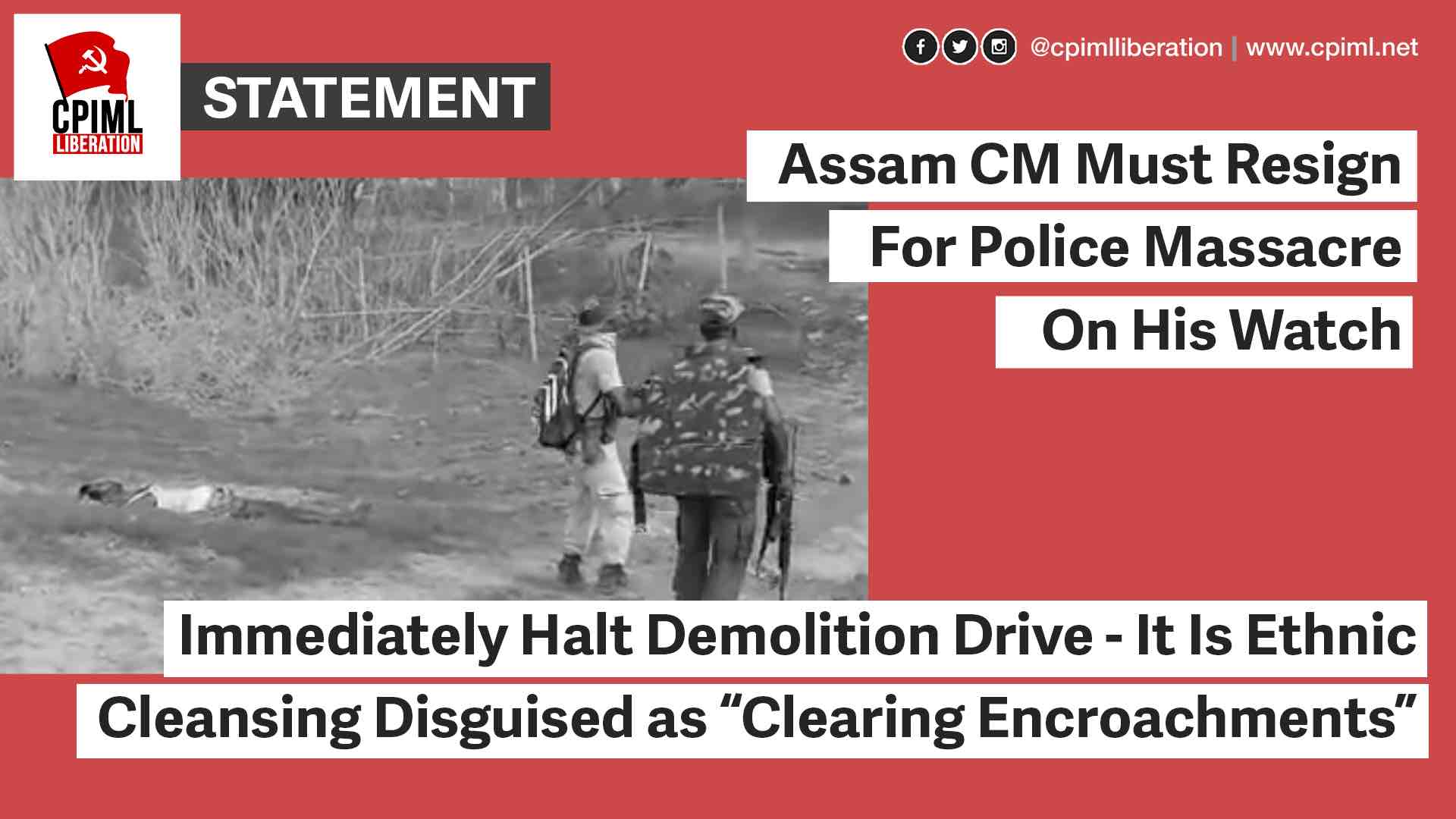 Assam CM Must Resign For Police Massacre On His Watch

The whole world is shocked by the massacre by the Assam Police of poor unarmed Muslims protesting demolition of their homes in Darrang district of Assam.

Reports suggest that the death toll of massacre victims is at least 3 and may even be higher than 10. Many have sustained horrific injuries. Even children have not been spared.

Shocking video footage shows police armed with guns surrounding a solitary man, shooting him, then beating him when he falls to the ground with a bullet hole in his chest. A photographer associated with the Darrang DM’s office and embedded with the police force is then seen jumping repeatedly onto the dying man’s body. This video must serve as the ultimate warning for every sane Indian to rise against the hate-filled campaign of ethnic cleansing unleashed by the BJP’s Union and state governments. Muslims in Assam are today doubly vulnerable as they bear the brunt of Islamophobia as well as anti-immigrant hate.

Significantly the Superintendent of Police of Darrang district, who commands the murderous police force, is the brother of the Assam Chief Minister Himanta Biswa Sarma. This shows that the massacre is no “mistake”, it is a policy of ethnic cleansing directed by the CM’s office itself. For justice to be done, it is imperative that the SP and his men be arrested and charged with murder; the CM must be sacked; and an independent court-monitored enquiry be set up which must investigate the entire chain of command from Home Ministry of India to the Chief Minister of Assam down to his brother the Darrang SP.

The massacre is the inevitable consequence of the climate of xenophobia and anti-Muslim hate created by the BJP. Home Minister Amit Shah, speaking in Assam about the NRC and CAA, repeatedly referred to Muslims as “termites”. Such dehumanising language by those in power always leads to ethnic cleansing, since it is intended to signal to the state machinery and party cadres that they must exterminate the targeted minority community.

The Assam CM’s words on the demolition drive in Assam that led to this massacre also signalled the intention of ethnic cleansing. He had announced that “encroachments” were being demolished and “illegal immigrants” evicted so as to redistribute land among “indigenous Assamese” people. This language of snatching legally acquired land from certain communities deemed to be “illegal immigrants”, to hand over to other communities deemed “indigenous” is blatant xenophobia and ethnic cleansing. Killing is the inevitable next step. Thus it is imperative that the demolition drive be called off with immediate effect, and all those rendered homeless be rehabilitated on their lands without delay.

A CPIML central team will visit Assam soon. We encourage people all over India to protest the massacre and demand justice and safety for the survivors ans the communities facing the ethnic cleansing drive.