CPIML General Secretary Dipankar Bhattacharya said that our fight today is against the lies and falsification of history by BJP. 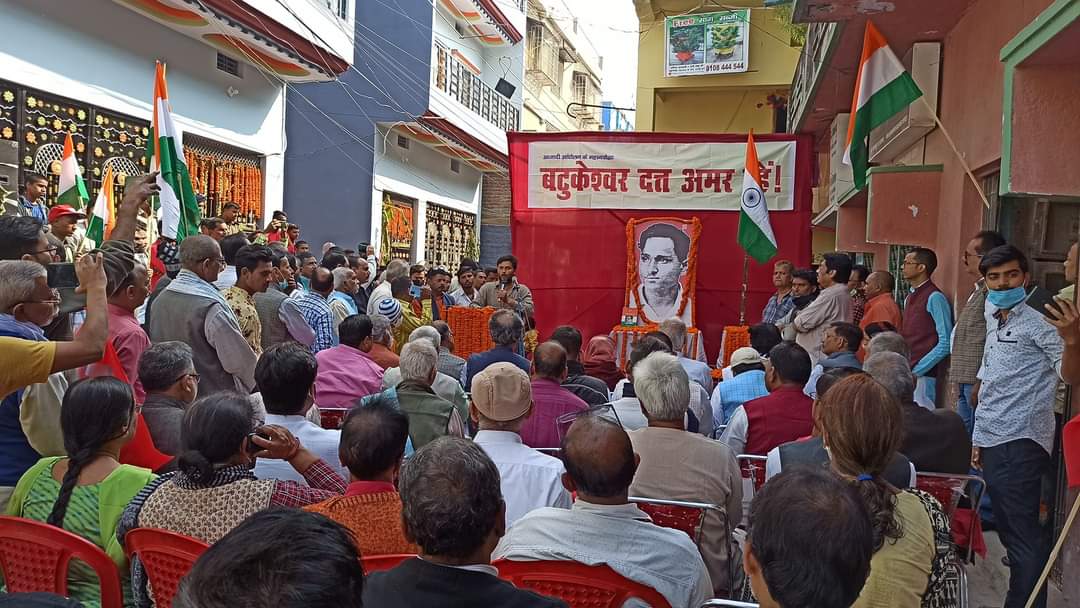 The people's campaign called by historians, intellectuals, cultural activists and civil society to mark 75 years of the country's independence began at the Bharatiya Nritya Kala Mandir in Patna on 18 November 2021 on the birth anniversary of Batukeshwar Dutt, great revolutionary and comrade of Bhagat Singh. Earlier, a meeting was organized at Batukeshwar Dutt Lane in Jakkanpur and the great revolutionary's statue at the Vidhan Sabha main gate was garlanded.

Addressing the convention, Prof OP Jaiswal said that the history of BJP/RSS in the independence was one of treachery. They are also against the Constitution, as they consider Manusmriti to be the constitution. RSS leaders had opposed the implementation of the Constitution and the right to vote for all. Today these people are twisting and falsifying history. It is our collective responsibility to forge an extensive unity against this and carry forward the fundamental values of the independence struggle.

CPIML General Secretary Dipankar Bhattacharya said that the names of Batukeshwar Dutt and Savarkar cannot be taken in the same breath. Savarkar's history in the Andaman jail is one of apologizing to the British, while Batukeshwar Dutt fought ceaselessly in jail. Our fight today is against the lies and falsification of history by BJP. We take inspiration from the freedom struggle and remember various aspects including the 1857 freedom struggle, the 1942 revolution and the participation of Muslims, dalits, backward sections and women in the freedom movement. Their struggle is our inheritance, and it is our responsibility to cherish this legacy and also learn from history. 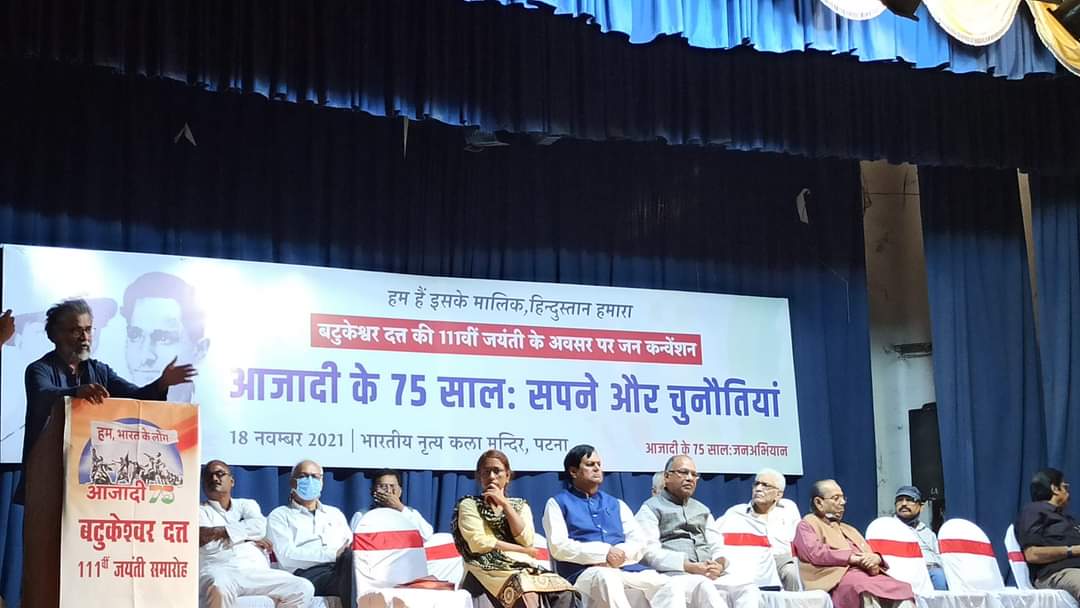 Arun Kamal remembered the struggles of Bhagat Singh and his comrades and said we must cherish and protect the values of the freedom fighters. Vidyarthi Vikas spoke in detail of the heroic actions of Batakh Miyan who saved Gandhiji's life. Ali Anwar said we must bring to light the history of those who are in the margins of the freedom movement. He pointed out that BJP and RSS are spreading poison and encouraging the likes of Pragya Thakur and Kangana Ranaut who insulted all the martyrs and called the country's cherished independence 'alms'.

The people's campaign to mark 75 years of independence will be continued for the next two years.

"Today is the birth anniversary of a great revolutionary called Batukeshwar Dutt. On this auspicious  occasion. I wish all the best to everyone who have taken this effort to remember him as well as of the great martyr Bhagat Singh's ideology of fraternity and equality with true sense of secularism and upliftment of poor. I therefore cheer Inquilab zindabad!

Due to physical unfitness I am unable to send any voice message. I wish you great success of the function on birth anniversary of my father  Batukeshwar Dutt." 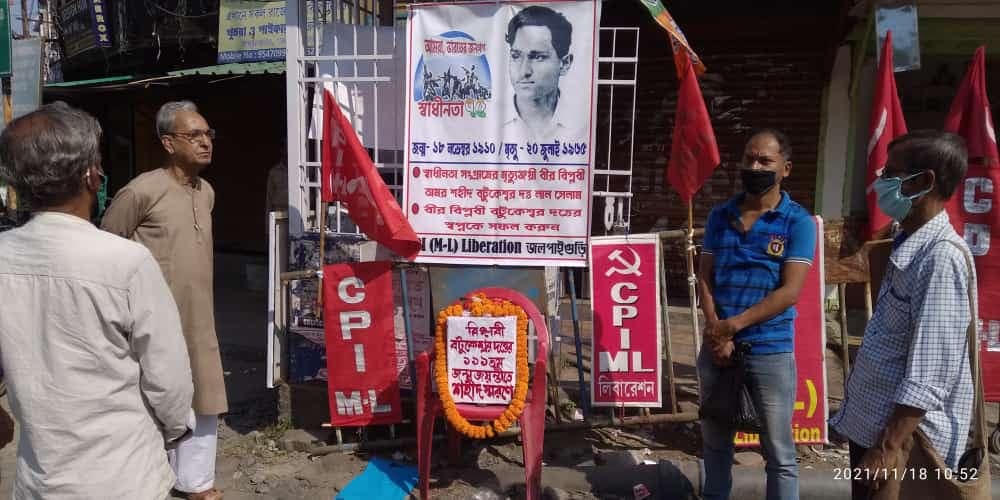