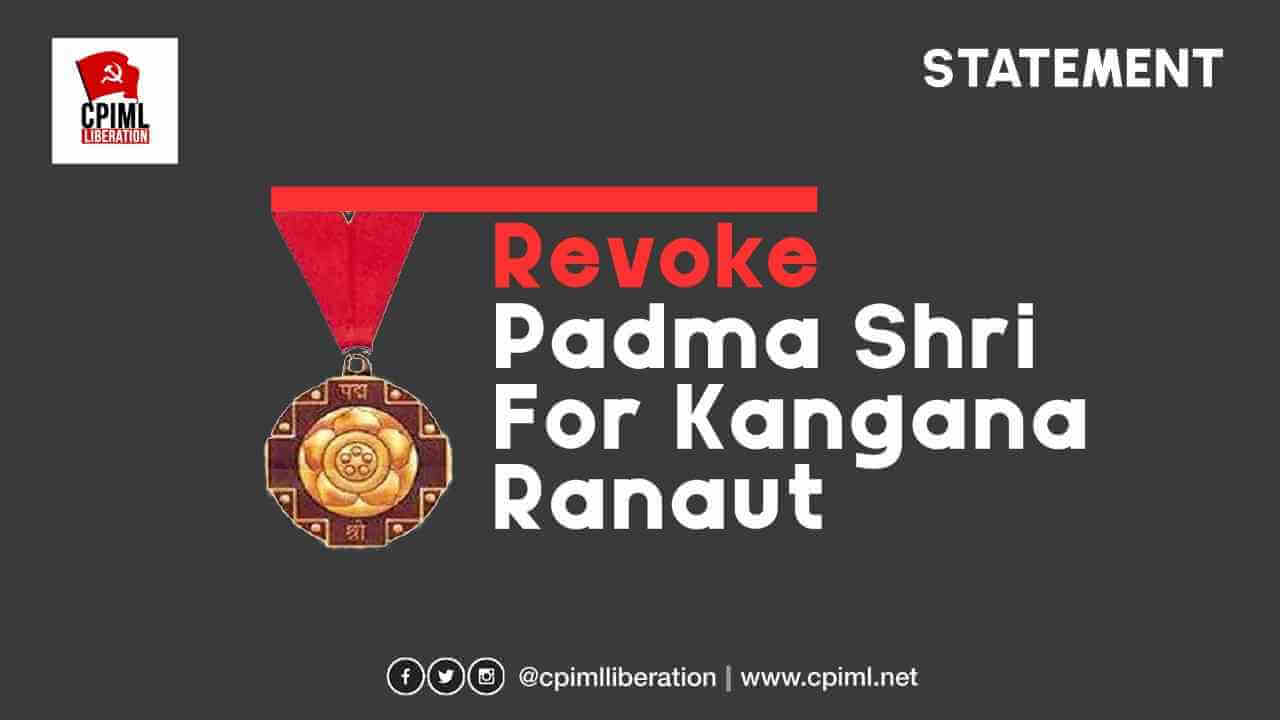 Immediately after receiving one of the highest civilian awards of the country, the Padma Shri Award, actor and prominent pro-BJP public figure Kangana Ranaut declared that what the country won in 1947 was mere alms, and that true freedom only came in 2014 with Narendra Modi being elected Prime Minister. She made this statement at a conclave organised by Times Now (one of the TV channels dedicated to serving the interests of the Modi regime).

Kangana Ranaut's statement, while shocking, is very much in line with the sentiments expressed by the RSS during the freedom movement, in the immediate wake of independence, and ever since. RSS' founding ideologue Golwalkar declared that the martyrs of the freedom struggle were "failures" and should not be held up as ideals. He also said that the anti-British orientation of the freedom struggle was "disastrous". The RSS expressed contempt for the tricolour and the Constitution, holding that they were only willing to accept the saffron flag and the Manusmriti instead.

For Kangana Ranaut, it seems that freedom from colonial British rule is a matter of contempt. Freedom, she implies, is the freedom to lynch, to express and propagate bigotry and obscurantism, and to violently impose the RSS code of ideas, diet, dress, religion, and conduct onto the whole of India.

The least that the government must do is to revoke the Padma Shri awarded to Kangana Ranaut. The government cannot simultaneously be claiming to celebrate "Amrit Mahotsav" of Independence while promoting and honouring people who insult India's freedom movement and freedom.