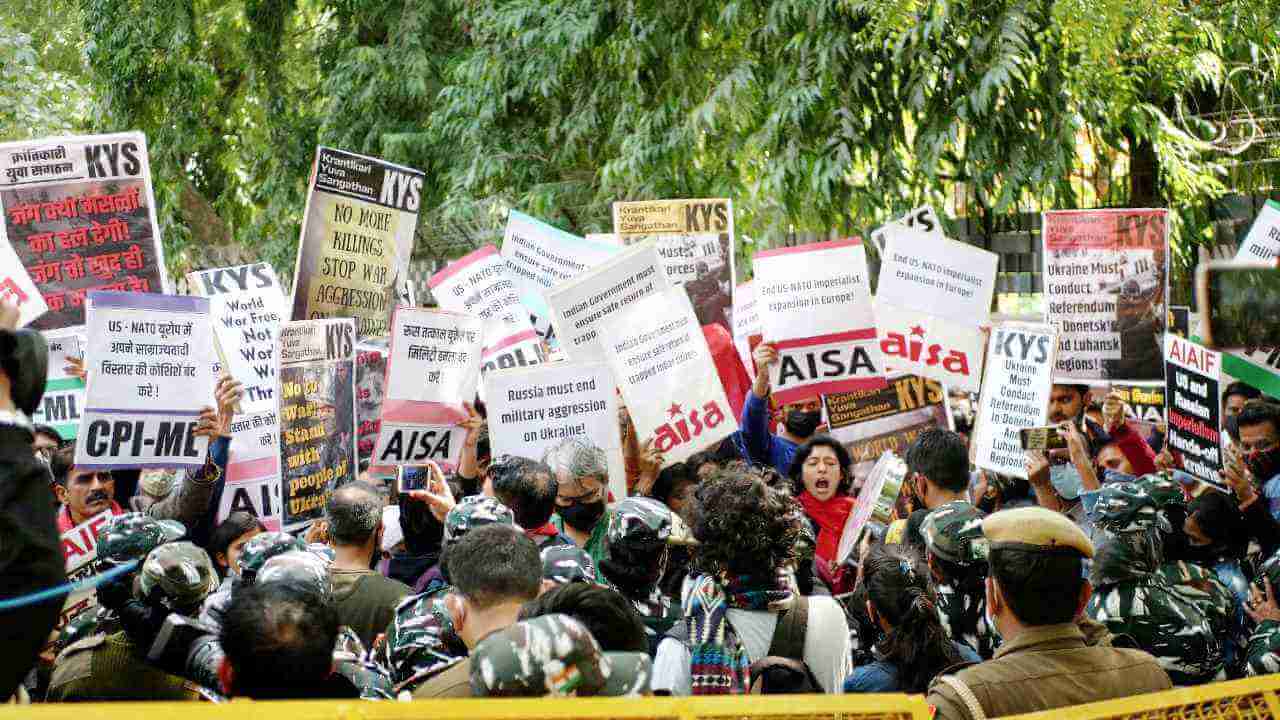 CPIML Liberation, All India Students Association along with concerned citizens and various progressive organizations of Delhi joined Peace March at Mandi House on 26th February. Protesters gathered at Mandi House, New Delhi and raised slogans against the military aggression by Russia and the US-NATO expansion in Europe. The protesters called upon the Indian government to immediately ensure the safe evacuation of all Indian citizens trapped in the crisis areas.

Protesters held a march and public meeting at Barakhamba Road where Ravi Rai, CPIML Liberation Delhi Secretary condemned the Russian aggression, stating, "This war waged on the people of Ukraine is an imperialist war and the people are resisting it everywhere. We demand that the Modi government ensure the safe evacuation of all Indian citizens." AISA Delhi State Secretary, Neha said at the protest, "no war has ever been waged by a government in favour of the people. We demand that Russia and US-NATO stop theur quest of Ukraine and let the Ukrainian people decide for themselves!"

The protest concluded with solidarity to all anti-war movement across the world.