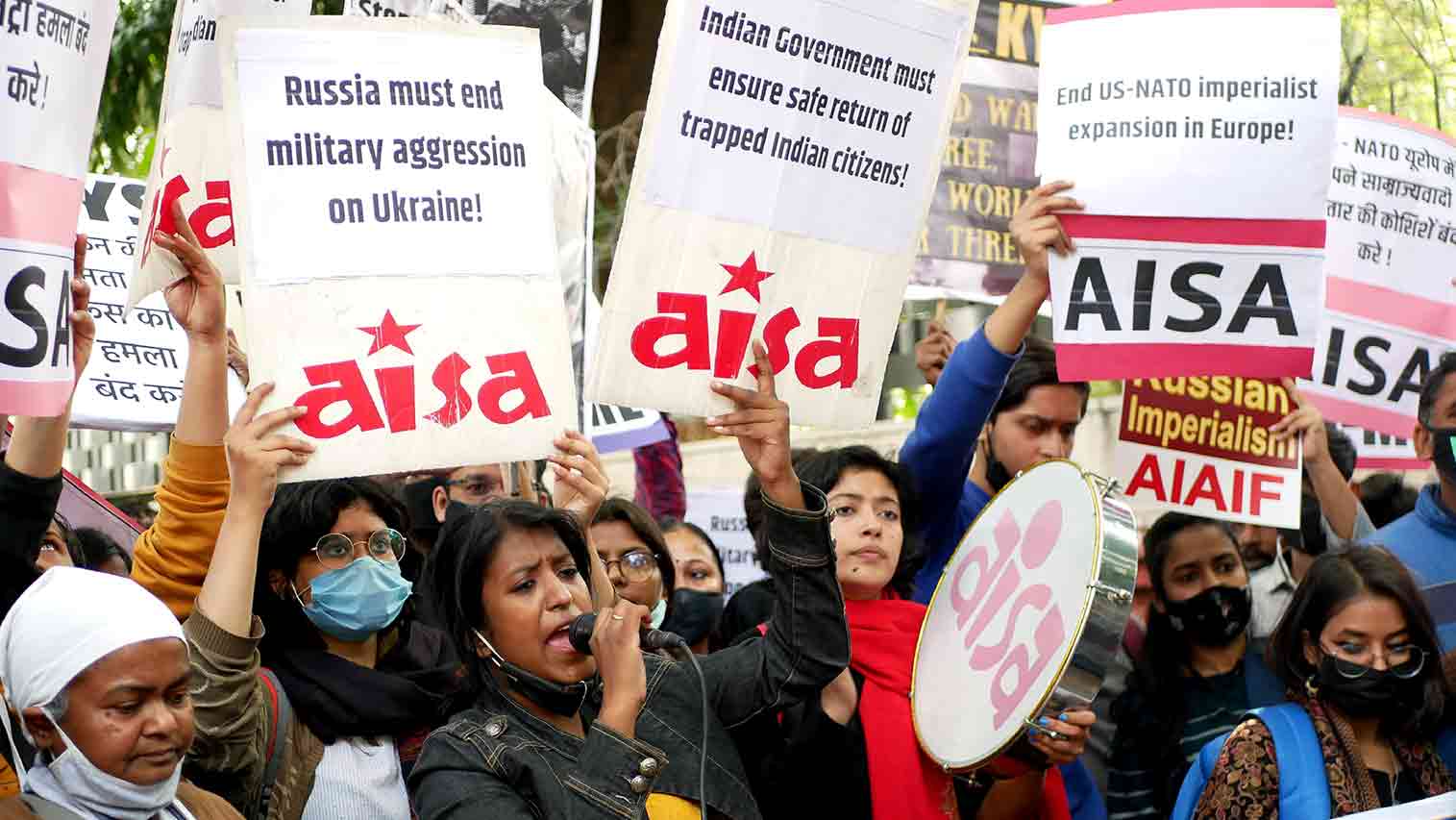 India's repeated abstention in UN on the issue of Putin's invasion of Ukraine runs counter to the Indian people's urge for an immediate end to the unjust war on Ukraine, restoration of peace and  evacuation and safety of Indians stranded in the war-torn region, who are facing deep insecurity and racist hostility. The repeated abstentions smack of an indirect endorsement of Putin's war and are probably guided more by the Sangh brigade's reverence for Putin as a 'tough leader' and his invasion of Ukraine as an ideal template for India-Pakistan relations.
Just as common Russian people are increasingly opposing the war and denouncing Putin's brinkmanship and belligerence as being detrimental to Russia's interests, the Indian people too will have to rise against the Modi government's prevarication and indirect endorsement of Putin's invasion.
We urge Indians everywhere to continue to hold protests against Putin’s war, in solidarity with Ukraine and anti-war protests across the world, and especially in Russia.