Emboldened by the Assembly election results, the Modi regime and the Sangh-BJP brigade are bound to intensify their fascist offensive. The forces of democracy will have to resist it with greater unity and determination.
ELECTION 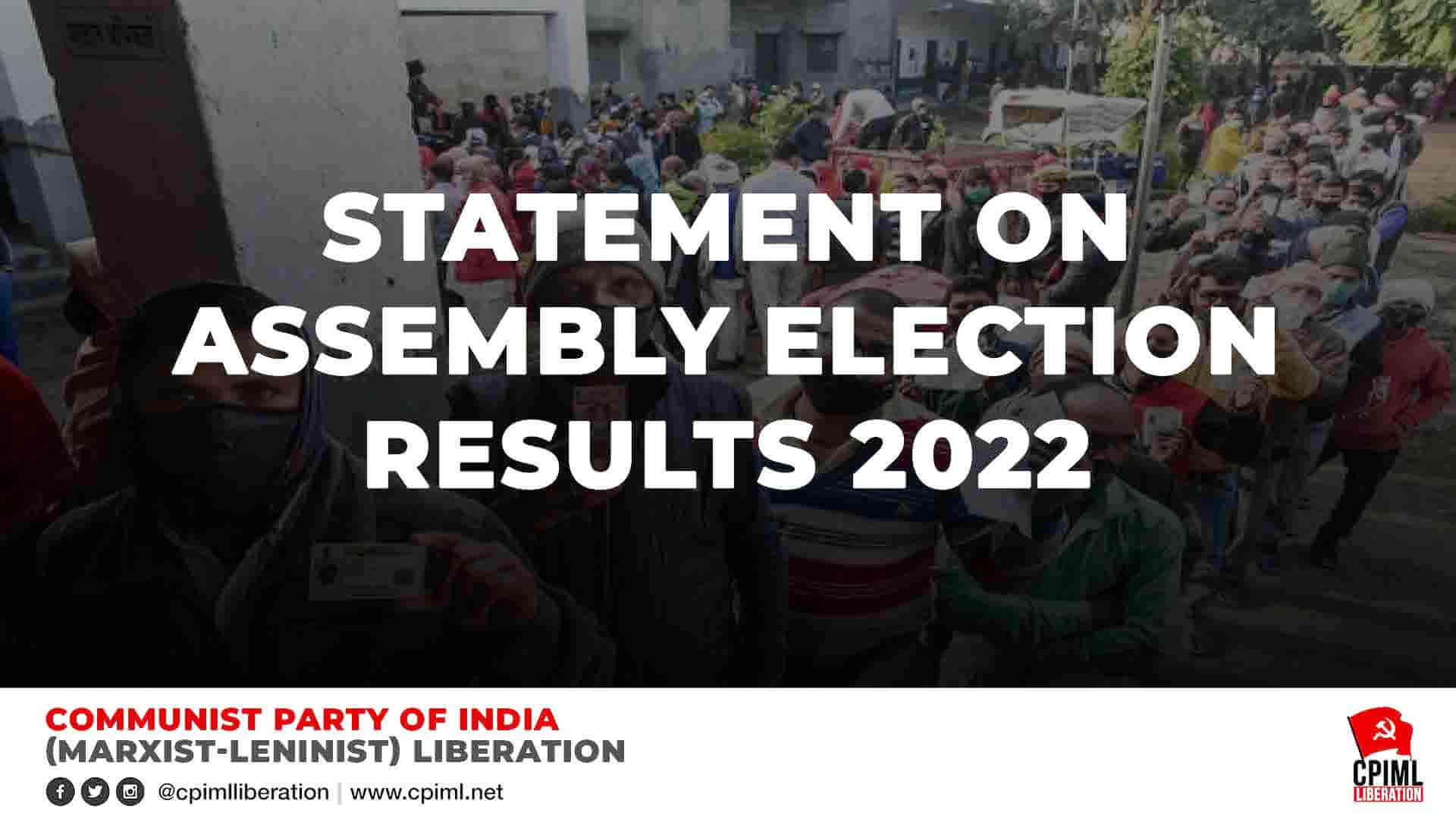 BJP has returned to power in the Assembly elections in four states – Uttar Pradesh, Uttarakhand, Goa and Manipur. In Punjab, the Aam Aadmi Party has swept the polls as the exclusive beneficiary of the popular mood for change, gaining at the cost of not just the Congress but significantly also the Akali Dal, which shows the depth of the popular urge for change, reenergised by the farmers’ movement, in Punjab.

In Uttarakhand, the BJP had changed the CM a few months before the elections and he lost the polls, but a faction-ridden Congress could not mount an effective electoral challenge and the BJP survived with the loss of just a few seats. In Goa, BJP emerged as the single largest party just short of the halfway mark, with 20 seats, and will form Government with the support of the Maharashtrawadi Gomantak Party and three independent MLAs.

In Uttar Pradesh, leaders and candidates of the BJP made an open mockery of the model code of conduct with brazen misuse of state power, vitriolic hate speeches and even threats to voters. The Election Commission remained a mute spectator. In spite of these adverse circumstances, the rise in vote share and seats of the Samajwadi Party-Rashtriya Lok Dal combine clearly indicates, but does not fully reflect, the true scale of growing popular discontent in the state. The BJP also clearly gained from the division of opposition votes and large-scale shift of BSP votes across the state in the BJP's favour.

Even though the BJP managed to limit the impact of the farmers' movement by repealing the farm laws, it is heartening to see the defeat of many of the culprits of Muzaffarnagar riots.

We should remember that UP lacked a dynamic and fighting opposition for much of the last five years, especially during the pandemic period. The anti-CAA  protests, farmers' movement and the struggles of the youth, employees, and scheme workers for jobs and justice played the real oppositional role. Hopefully the outcome of these elections will pave the way for a more active and dynamic opposition inside the UP Assembly, and an even more energised assertion of the people on the streets.

Emboldened by the Assembly election results, the Modi regime and the Sangh-BJP brigade are bound to intensify their fascist offensive. The forces of democracy will have to resist it with greater unity and determination.