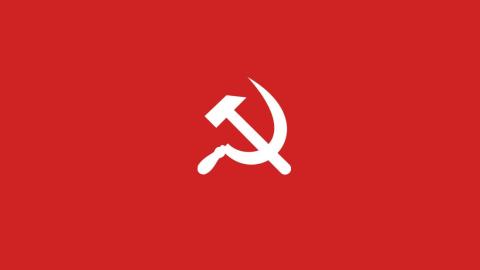 It is heartening to note that the 23rd Congress of the CPI(M) begins today at Kannur in Kerala. On behalf of the Central Committee of the CPI(ML) let me extend warm communist greetings to all of you and wish your deliberations all success. I am thankful to Comrade Sitaram Yechury for inviting me to this inaugural session, but unfortunately as the dates of your Congress clashed with our Central Committee meeting in Ranchi, I am sending this written message to greet your Congress.

As you assemble for your 23rd Congress in the shadow of a prolonged pandemic, we are witnessing yet another war in Europe. Putin has declared independent Ukraine a mistake of Lenin and is threatening to undo it by bombing the second largest former Soviet republic out of existence. The war on Ukraine has been on for more than a month now and has already killed thousands of civilians and forced millions to flee for safety.

India has the largest number of foreign students studying in Ukraine and yet the Modi government did precious little by way of diplomatic initiatives to stop the war or logistical arrangements to ensure speedy and safe evacuation of Indian students stuck in Ukraine. Just as Modi’s India has betrayed the Palestinian cause in the face of intensified Israeli aggression, it now effectively supports Putin’s invasion of Ukraine.

The victorious revolution of 1917 had not only snapped the imperialist chain at its weakest link and freed Russia from the shackles of the tsarist autocracy, it had also ended the toxic domination of the great Russian chauvinism to turn the prison of nationalities into a multinational socialist confederation. Geopolitical factors apart, the current war is essentially an attempt to destroy that Leninist legacy. We Indian communists cherish the revolutionary legacy of Lenin and raise our voice for peace and justice, rejecting Putin’s war and the US-NATO expansionist design in Europe.

Since 2014 we have been facing the disastrous Modi regime in India. With every passing day, the fascist agenda of the government is becoming bolder and its aggression more intense. In the name of development public assets are being brazenly handed over to a few corporations, and in the name of a strong nation the rights of citizens and states enshrined in the Constitution are being systematically eroded. Dissent is being incriminated and silenced, and rational, progressive voices are being relentlessly stifled in the academic, media and cultural spheres. If the pandemic emboldened the Modi government to seek opportunities in the crisis, the 75th anniversary of India’s independence has come as an opportune moment and platform to hijack many of India’s freedom movement leaders and rewrite the history of India’s freedom movement and the very meaning of independence from the Hindutva point of view.

Clearly, modern India has never faced such a severe and sustained assault on the diversity that defines India and the basic democratic framework that has sustained India’s unity and advance, however retarded, till now. The weak institutional framework of Indian democracy is crumbling in the face of this fascist offensive. This reminds us of the warnings that Dr. Ambedkar had sounded at the time of adoption of India’s Constitution. He had described the Constitution as a top dressing of democracy on a soil that is essentially anti-democratic, and seven decades later, we see that top soil cracking up.

We have now clearly reached a stage of fascist aggression where democracy has to be rescued and defended by all means. Even as the institutions have proved to be weak and deficient, the people of India are increasingly sensing the danger and coming out repeatedly on the streets in unprecedented struggles. The Shaheen Bagh movement for equal citizenship, student-youth protests for campus democracy, education and jobs, the farmers’ agitation against corporate takeover of agriculture are all reassuring signs of powerful people’s resistance on the ground. Whatever gains opposition parties have managed to make in recent elections are attributable primarily to the energy and strength of this people’s resistance. As communists we have to play a key role not just by way of sustaining and strengthening these struggles on the ground but also enriching the content and tempo of opposition politics with the agenda and spirit of these struggles.

The communist movement in India is now a century old. The RSS too will be celebrating its centenary three years later. During the freedom movement and for much of India’s early post-Independence decades, the RSS remained weak, isolated and hugely discredited, but today from the vantage position of power at the Centre and in most of India’s states, and thanks to its growing penetration in most of India’s institutions, it thinks it has reached a now-or-never moment to redesign and redefine India according to its Hindu supremacist and anti-democratic agenda and outlook.

The onus is on Indian communists and other progressive forces to foil this RSS design. The freedom movement had given us a radical legacy much of which was never really fulfilled and the rest is being sought to be destroyed and reversed now. It gave us a secular and inclusive national identity that respected differences and diversity, and made us part of the international anti-imperialist, anti-colonial, anti-fascist awakening and socialist dream that inspired the 20th Century. It gave us the   Kisan manifesto for abolition of landlordism and freedom from debt, the clarion call of caste annihilation and social equality, the economic vision of using the country’s resources for the welfare of the people. It gave us the Constitution with its declaration of rights. Armed with this rich inheritance we must wage a renewed battle for freedom, freedom from fascism.

The circumstances are absolutely compelling for all of us in the Left to unite and fight back with all our strength. We have managed to attain a better degree of coordination in several states and also at the all-India level. We have been together in securing impressive electoral victories in Bihar. Our tactical differences of course came to the fore in West Bengal as noted in your draft resolution. We believe in handling such differences in comradely spirit and conducting ourselves responsibly in the larger interest of Left unity, concentrating our energy and attention against the fascist offensive. The coming days are full of challenges, and we hope we can march together to carry the battle for democracy forward. Let us unite to fight, and fight to win. .

Wish the 23rd Congress of the CPI(M) every success.

Long live the unity of the Left!

Long live the unity of all progressive and fighting forces!