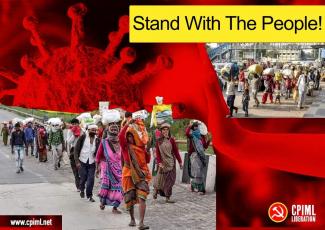 Nearly three weeks since the World Health Organisation declared COVID-19 a global pandemic, the shadow of the killer virus continues to loom larger and larger. China, the initial epicenter of the outbreak, has brought it under control, but the havoc is getting worse in large parts of Europe and America, with the death toll jumping uncontrollably in countries like Italy and Spain. And lately India and Pakistan too have begun to experience a worrying surge in cases.

China was initially a bit slow to respond to the gravity of the outbreak, and there were reportedly also attempts to cover it up. But once the dimensions of the devastation emerged more clearly, China tackled things on a war-footing and managed to stop the outbreak from spreading beyond Wuhan. The rest of the world clearly had more time to prepare, but with a few exceptions, most  countries, including almost the whole of Europe and America, and worrisomely for us, India, have hardly shown any serious level of preparedness.

With no vaccine or specific treatment available yet for this newly identified virus strain, the main point was to try and prevent the outbreak and slow it down by all means. The early preventive approach understandably revolved around effective quarantining of people coming from China and other affected countries, and extensive testing of people suspected of having contracted the virus. This is the strategy that seems to have worked in countries like Taiwan, Singapore or South Korea.

But we know at the end of February India was busy with Trump’s visit, and Delhi was reeling for days under targeted anti-Muslim violence with shocking levels of complicity of the police. And Trump himself was telling the world how America was in firm control and the stock market was looking good! We now also know there was no effective monitoring or quarantining of passengers who arrived from major Corona-affected countries till early March. In terms of testing, we are still perhaps the most under-tested in the world which largely explains why the number of identified cases is still relatively low. 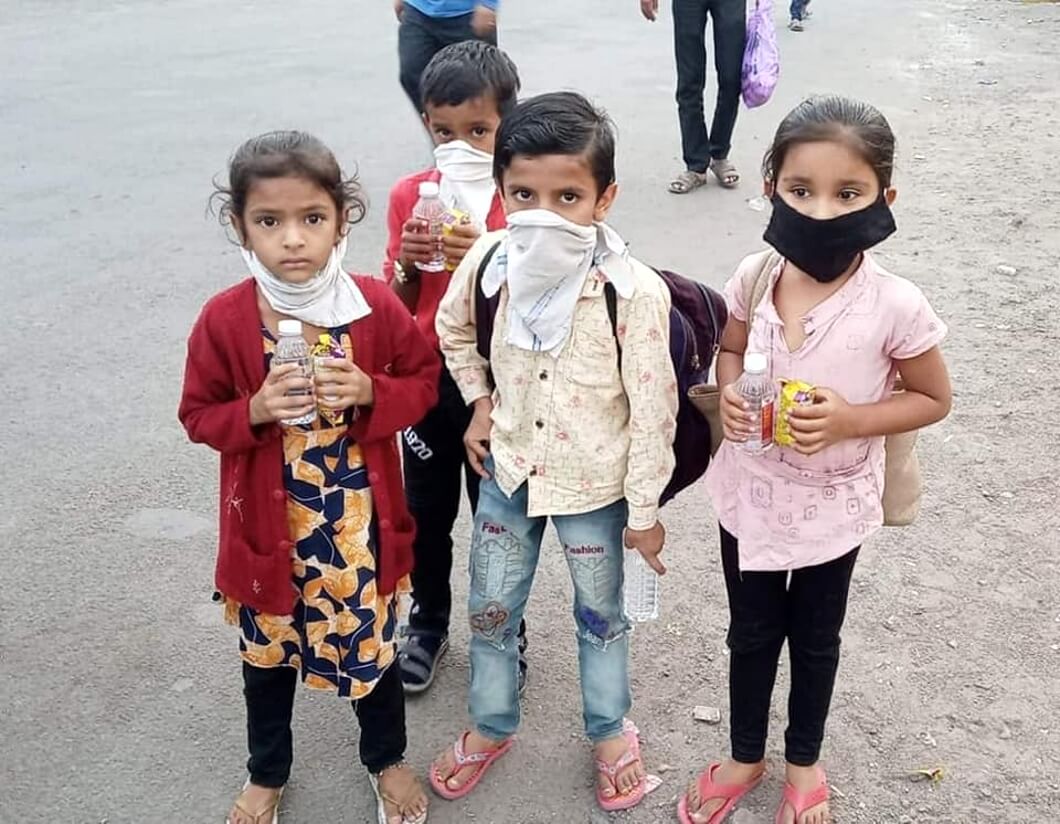 Indeed, the medical community is having to work among amidst acute shortages of basic protective equipment, not to speak of the enormous infrastructural crisis with negligible availability of ICU beds and ventilators for serious patients. Shockingly enough, even as our healthcare personnel dealing with Covid-19 patients lack something as basic as masks, the government signed a Rs 880 crore contract with Israel to procure 16,479 LMGs for India’s frontline troops right in the midst of this public health emergency. The belated sanction of Rs 15,000 crore for the Corona medical mission does not even match the sum the government is spending to redesign the Central Vista area in New Delhi from Rashtrapati Bhavan to India Gate.

With little emphasis on timely preventive measures and expansion of testing and treatment facilities, the Modi government’s response has come to rely almost entirely on the coercive strategy of complete countrywide lockdown. Having missed the bus of early prevention, the lockdown may well have become essential, but the way government announced it with no time to prepare and triggering all-round panic, and is now cruelly enforcing it without any plan to mitigate the enormous human suffering it has caused among the poor and daily wage earners, has compounded the crisis manifold. 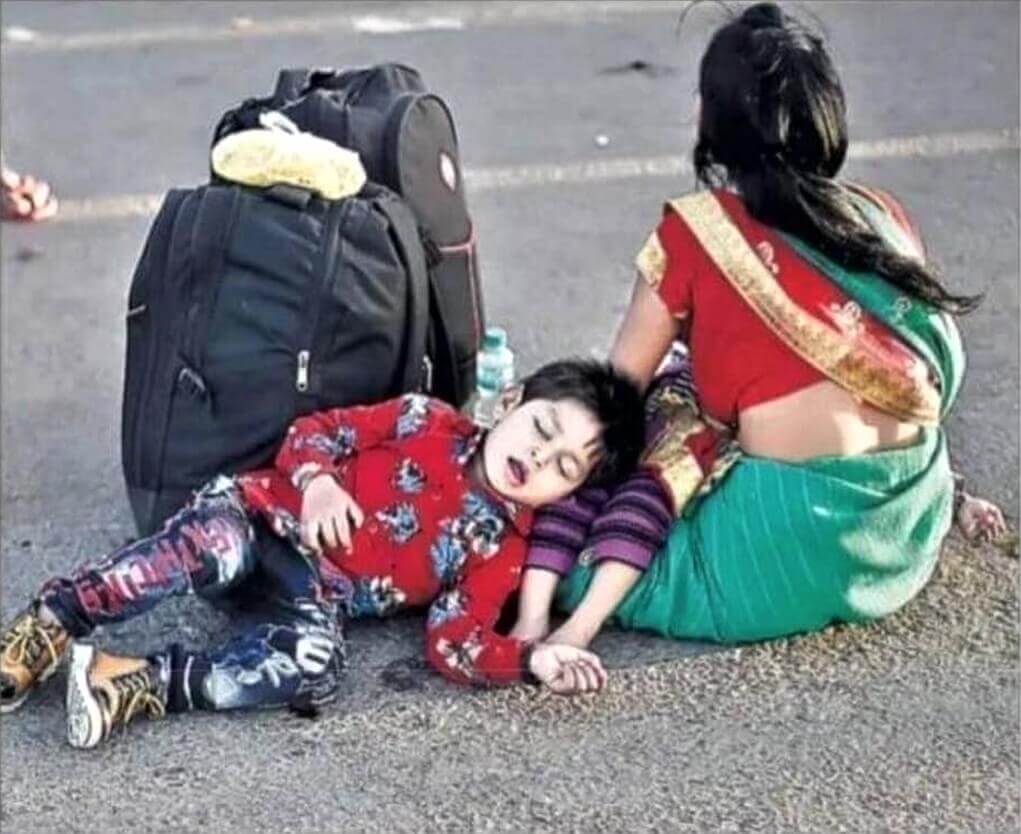 Families of migrant workers marching across India to head home to escape being stuck without work, income and even food or any other sustenance, facing constant police harassment on the way, have become the most defining image of lockdown. Reports of malnourished and ailing people succumbing to death because of lack of food and medicine - like 11-year-old Rakesh Kumar from the most impoverished Musahar community who died in Bihar’s Ara on the third morning of the lockdown – have already started coming in. The fear that this cruel and unplanned lockdown will take a much bigger toll than the Covid-19 pandemic is very real.

The two addresses by Prime Minister Narendra Modi only helped trigger panic without giving us any clue as to how the government proposes to handle this enormous challenge. On the contrary, his call to the people to come out on their ‘balconies’ and ‘windows’ to clap and clang plates to thank the medical community and others running essential services made a complete mockery of all the ‘social distancing’ advice as people took out marches, led in some cases by over-enthusiastic officials heading district level administration. Meanwhile, the formidable IT Cell of the Sangh-BJP dispensation is working overtime to spread fake news and bigoted ideas and superstitious beliefs to turn the Corona crisis into a propaganda campaign for the Modi regime. 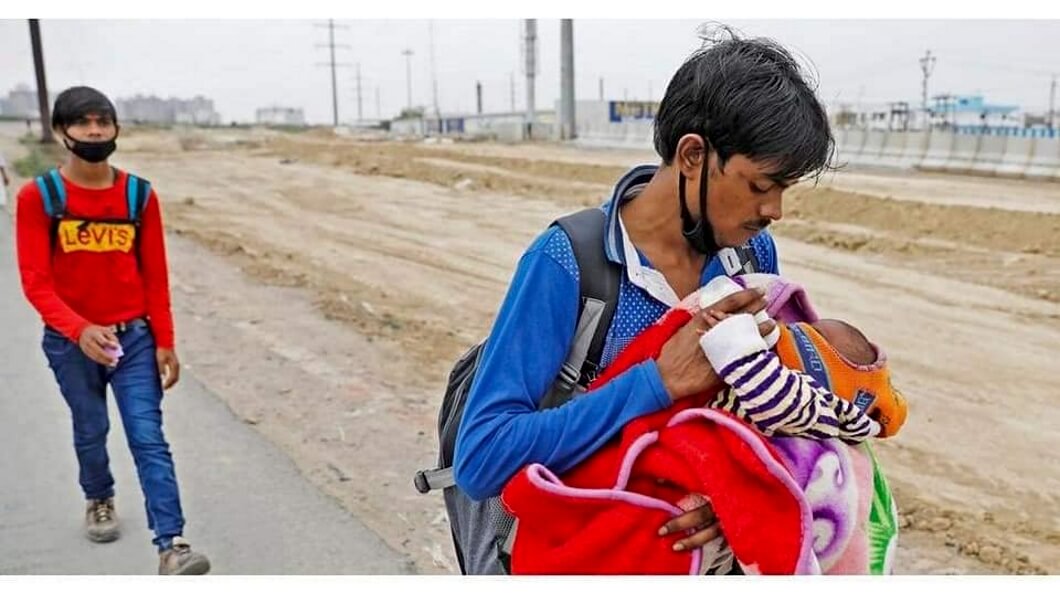 The relief package finally announced by the Finance Minister is a classic case of statistical jugglery without even addressing the crucial question of assured delivery of food and other essential supplies for India’s poor and vulnerable people. A minor increase in MGNREGA wages means nothing in the middle of a lockdown. Instead of community kitchens, mass shelters, waivers of sundry rents and fees and physical provision of essential supplies that could provide immediate succour to the people, the package mostly promised bank transfers that can only remain inaccessible to many during the lockdown.

While an early end of the Covid-19 pandemic is still not in sight for India as well as large parts of the world, the staggering human cost of the lockdown and the concomitant disruption, in economic and deeper structural terms, is unfathomable at the moment. The pandemic has posed an enormous question mark before the dominant trajectory and pattern of globalization and privatization. This is clearly a pandemic that has spread along the routes of global capital flow and connectivity – the more a country or city is integrated with the global capitalist order the harder has it been hit. While industrial, profit-driven corporate food production, land-grab and systematic destruction of forests has led to the release and spread of pathogens which were previously contained by long-evolved forest ecologies, rampant commercialization of healthcare and more broadly the multipronged evisceration of all forms of social provision has severely undermined our ability to cope with this disaster. 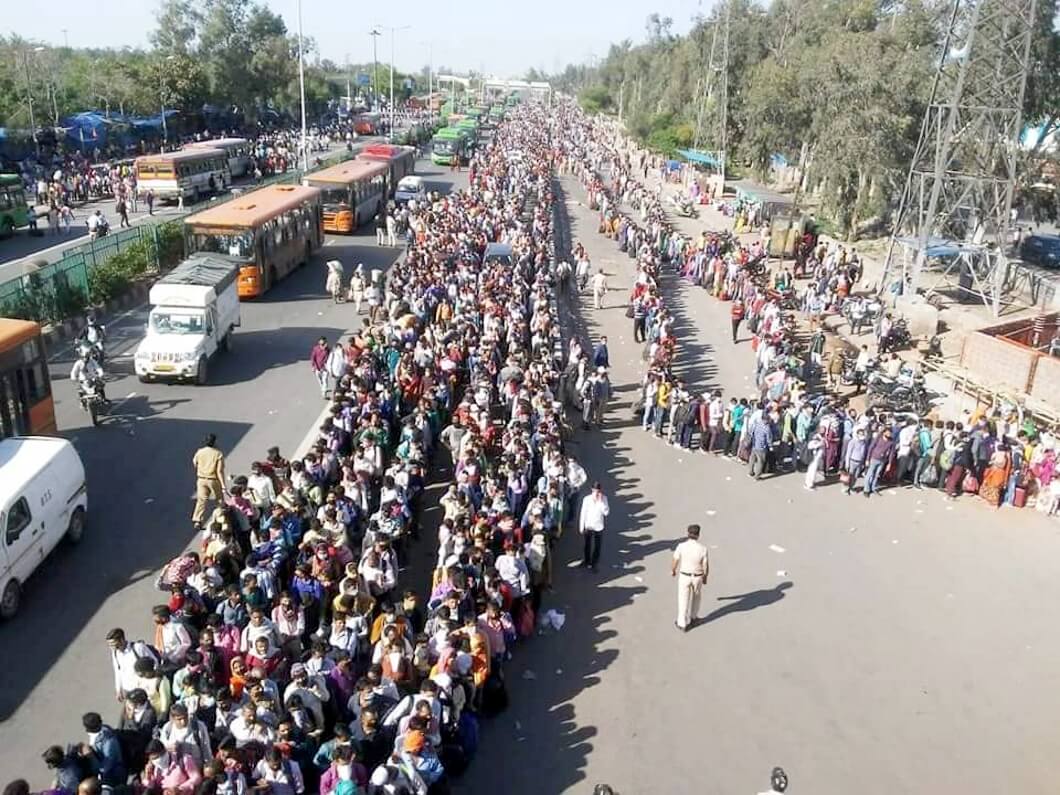 Corona has also glaringly exposed the fundamental social and political contradictions of our times. While ‘social distancing’ (which should actually be called physical distancing) is now evidently the only way out of the crisis, it is equally evident that the way it is being enforced by far-right neoliberal governments in India and elsewhere in the world is fundamentally incompatible with the existing living and working conditions of the working people. Existing stark inequalities will only be further deepened as the poor and deprived sections of population bear the social, economic and physical brunt of the pandemic.

Also, while rabidly rightwing and racist regimes in Europe and America are not hesitating to yet again invoke xenophobic, Islamophobic and anti-migrant sentiments (in India we can see all this along with our very own patterns of social divide rooted in caste-class hierarchy and ethno-lingual divisions), the dystopian world is desperately crying out for the warmth of human solidarity at this apocalyptic hour. Never since the days of the Second World War perhaps has the world been faced with such a stark choice as today, the choice between the wellbeing of the people and the profit-hungry ways of global capital, between humanity and racism, between life and death.