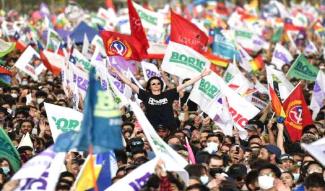 “They have force and will be able to dominate us, but social processes can be arrested by neither crime nor force. History is ours, and people make history.” These were the final words of Salvador Allende; a socialist President of Chile who was overthrown in 1973 by a right-wing coup organised by Augusto Pinochet and backed by the United States.

More than four and half decades later, the far-right wing forces, of which Allende was referring to and the remnants of it have begun to crumble under the weight of the united people’s struggle. In 2019, Chile witnessed a historic mass uprising by students and workers against the increasing inequality, right-wing violence and privatisation of public resources. The protest also demanded changes to the current Constitution of Chile, which was inherited from Pinochet's bloody dictatorship.

This 2019 movement further consolidated the “social processes,” and in the 2021 General Elections held in November, Chileans vehemently rejecting the right-wing forces and elected progressive candidate Gabriel Boric as the next President of Chile.. The 35 year old Boric, a former student leader represents left wing Social Convergence Party which is part of the Apruebo Dignidad alliance, which includes Communist Party of Chile (PCCh).

Boric secured more than 55.86 per cent of the vote, defeating the far-right candidate Jose Antonio Kast who got 44.15 per cent votes. This people’s mandate thus also puts an end to right wing conservative regime of Sebastián Piñera.

Boric, as a student representative had played an important role during the 2011–2013 Chilean student protests during Piñera’s regime against the rampant privatisation of education and rising cost education.

"If Chile was the cradle of neoliberalism, it will also be its grave”

Until September 11, 1973, the date of the coup, Chilean society had been characterised by the increasing participation of the working class and toiling masses. The period also witnessed rise of public ownership of production, which was once controlled by big corporations. All of this soon changed as with the rise of Pinochet regime as Chile was forcefully thrown onto the road of neoliberalism. This free-market economy plan had been highly influenced by the “Chicago Boys,’ a group of right-wing and neoliberal economists (Milton Friedman ‘s disciples) educated in University of Chicago or its allied institutions – with the help of Ford Foundation. The birth of this group was not by any accident, it was well planned strategy of the U.S. (allegedly funded under the US State Department’s ‘Chile Project’ #S199900030) and the Chicago Boys were also involved in coup against Allende.

While the Chicago Boys charted the country’s path to free market, Pinochet cleaned the way by eliminating anyone who became an obstacle.

The brutal legacy of neoliberalism instilled by Pinochet dictatorship is visible across Chile, including in the country’s constitution – which the successive government’s since 1990s either failed to change or wilfully supported. 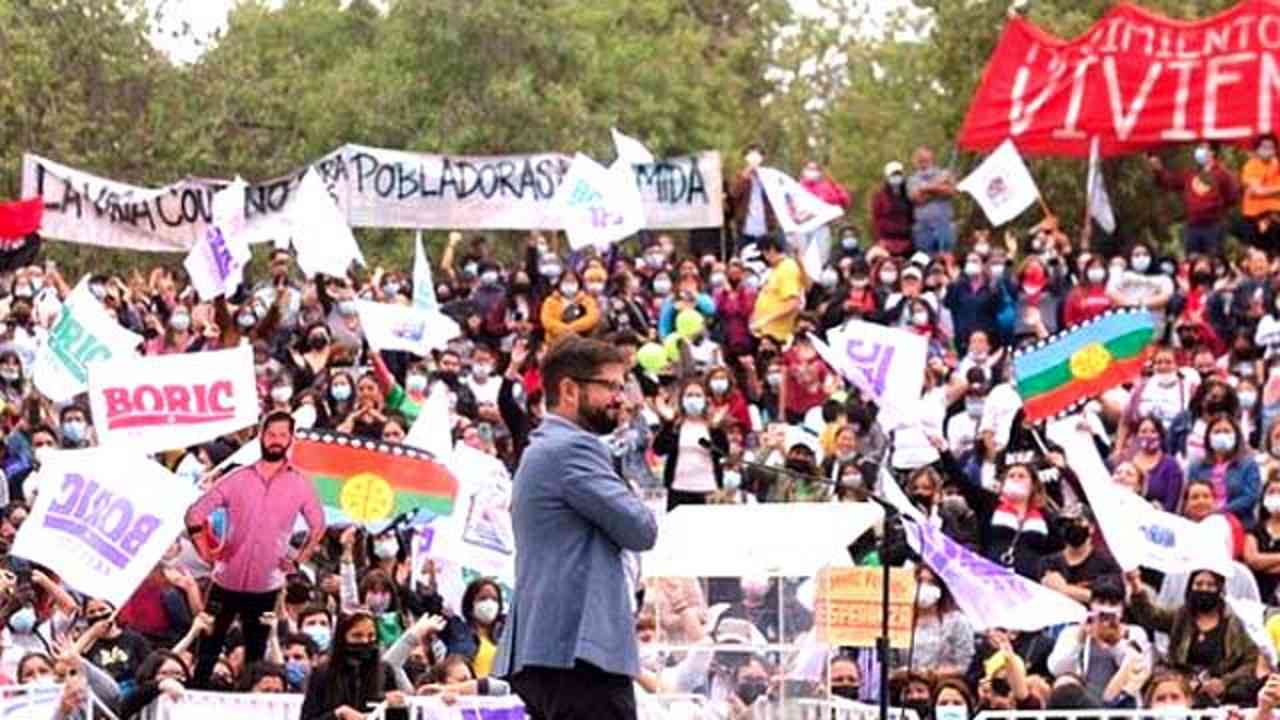 Piñera and far-right Presidential candidate Kast had envisioned this neoliberal model as the future for Chile. Both Piñera and Kast are product of the Pontifical Catholic University of Chile, that also laid the foundation for Chicago Boys with University of California. Kast, son of a former German officer with ties to the Nazi Party, is also anti-abortionist, anti-LGBTQ and a vehement supporter of Pinochet. He was also the only major presidential candidate to stand against the rewriting of Pinochet era constitution.

Meanwhile, the conservative government of Piñera had been marred with corruptions, acts of state led violence against protesters. Piñera had also granted pardons to 10 convicted criminals who participated in the torture, murder, and disappearance of political opponents during the Pinochet’s dictatorship.

While previous left leaning governments who attempted to break free from the neoliberal tentacles in the post-Pinochet dictatorship era achieved some success; Boric and the left wing alliance’s has a historic task ahead. It has, for now, managed to stop Chile from sliding back into the Pinochet era barbarism, but with deep rooted neoliberalism, Chile’s socio-economic situation is at the verge of collapse.

Chile ranks among the top 20 most unequal countries in the world, with the top 1 per cent holding 33 per cent of the country’s wealth. COVID further aggravated the material troubles of the low-income Chileans who make up the majority of the population. In fact, over half of all workers earned insufficient income in 2020 to keep their families above the official poverty line. A year into the pandemic, almost 30 per cent of poor Chileans lacked work, while over three-quarters reported being unable to meet their most basic needs.

This crisis was reflected in the 2019 uprising, which the Piñera initially attempted to suppress using the military and state violence. Tens of thousands of people across Chile rose against poverty wages, against a privatised pension system that condemns most retirees to undignified old age, and against apartheid-like health and education systems. More than 30 people were killed and hundreds were arrested and subjected to torture. Many cases of sexual violence were also reported.

The Left alliance has vowed to take forward the demands of the working class and toiling masses of Chile against the corporate loot and increasing inequality. Their agenda includes increasing public investment in education, health, social security (including pension) and reforming the country’s mining sector that has running the lives of people and the surrounding ecology. Boric has also promised to expedite the process of creating a more inclusive society by ensuring increasing participation of women, non-binary Chileans and Indigenous peoples. The alliance will also have an historic responsibility to complete the on-going process of rewriting of the Pinochet era Constitution. In Chile, no transformation of the society and bridging the inequality is possible without completely dismantling the Pinochet’s neoliberal tentacles.

"If Chile was the cradle of neoliberalism, it will also be its grave," Boric said during a campaign. "Do not be afraid of the youth changing this country."

With the people’s mandate, Boric and the Left alliance has a historic opportunity - and also responsibility - to consolidate the anti-neoliberal resistance and complete the socialist revolution process that was derailed by US backed Pinochet regime.