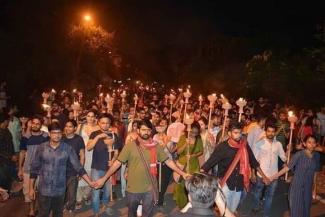 A vindictive Vice Chancellor + ABVP Grand Alliance know they can't win JNUSU, so they try every trick to derail JNUSU election. This year’s JNUSU elections saw a massive turnout of 67.9% of students participating with 5762 votes. The ABVP, backed by the JNU Administration, went to Court to stop the Election Committee from declaring the results.  Eventually, the Court ruled that the results be declared. The mandate – which the whole of JNU knew anyway – was declared formally. JNU had once more re-elected the Left Unity panel – and ABVP’s votes fell since last year.

“The state has been conquered! But not yet the universities! The intellectual paramilitaries are coming in. Raise your flags!” - announced the Germany’s fascist student group after the Nazis took power in January 1933. Following this they went around organising public events to burn books, ransacked libraries and attacked teachers. On 24 May, the day after Modi won a second term in 2019, a BJP General Secretary wrote in an op-ed in the Indian Express: “Under Modi-II, the remnants of the pseudo-secular/liberal cartel need to be discarded from the country’s academic, cultural and intellectual landscape.” As in Nazi Germany, the Sangh now wants to conquer the campuses. But JNU has once again put paid to efforts to conquer it.

Liberation congratulates the JNU students and the newly elected JNUSU! 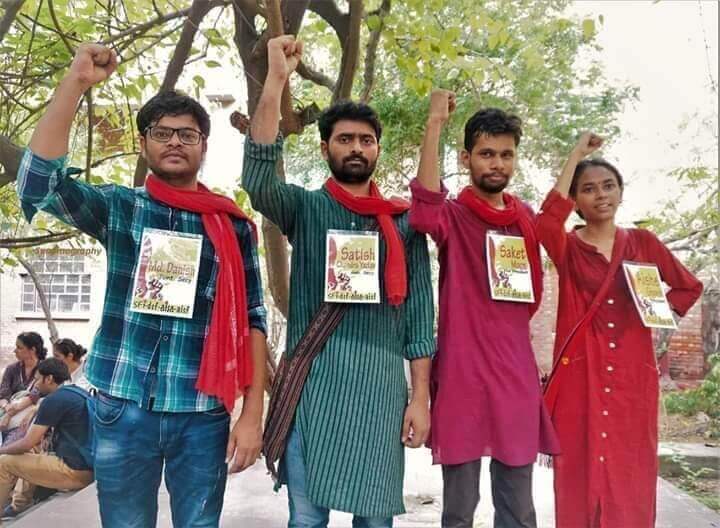