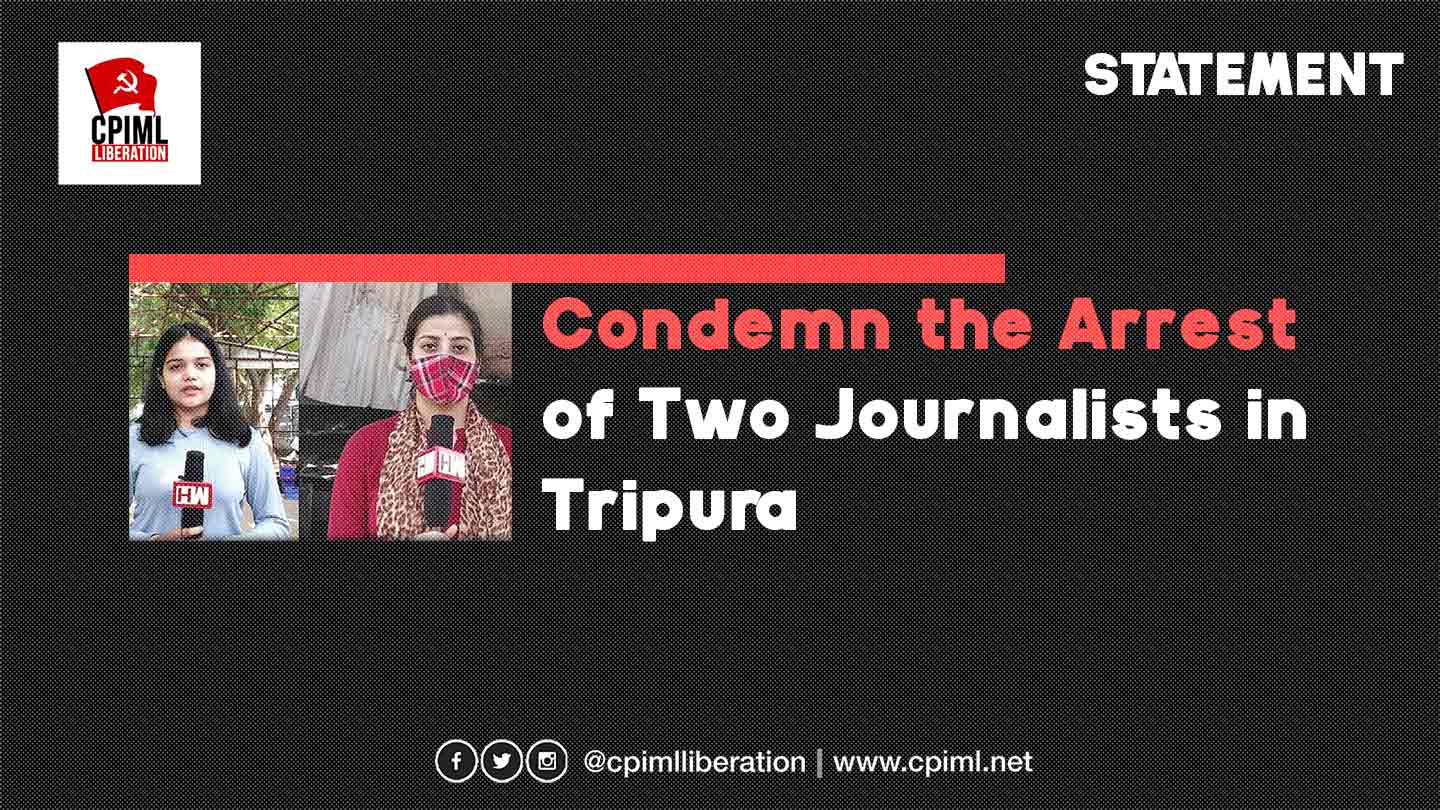 The arrest of two journalists Samriddhi Sakunia and Swarna Jha by the Tripura police for doing their job - reporting from rural Tripura on recent attacks against Muslims in the state - is the latest in the series of attacks on press freedom by the BJP.

The two young women journalists employed by HW News were first confronted by Tripura police in the context of an FIR filed by the Hindu-supremacist outfit Vishwa Hindu Parishad (VHP), notorious for its history of violence against Muslim minorities in India. The VHP, a wing of the fascist RSS, accused the two journalists of spreading false information, based on a video report they filed which was aired on HW News, a digital platform.

The two journalists had duly informed the Tripura police of their impending visit, seeking cooperation and protection in every district that they visited. Shockingly, the Tripura police crossed state lines into Assam to hunt down the two journalists and attempted to arrest them at night - an action which would have been illegal. Eventually they were held in a shelter home, and later taken to Tripura to be produced before a magistrate.
The intimidation of these two young journalists by the Tripura and Assam police obviously at the behest of the BJP governments is clearly with the intention to spread fear and terror among anyone intending to report on targetted violence against Muslims.
Under BJP rule, the rule of law has been replaced by RSS rule, with the police forces being used to further persecute the victims of communal and caste violence; and to criminalise anyone speaking the truth about the same violence. While during Emergency, freedom of the press was throttled, the same is being done now without any formal declaration of Emergency. Siddique Kappan was charged by UP police with UAPA for reporting on the Hathras rape; and now Samriddhi Sakunia and Swarna Jha are being treated as criminals for reporting on communal violence in Tripura.
We demand the immediate release of Samriddhi Sakunia and Swarna Jha and quashing of all FIRs against them. Likewise we demand the release of Siddique Kappan.