The JKCCS and Parvez for decades has been involved in documenting human right violations and atrocities committed by security forces and militants against civilian population in Kashmir. 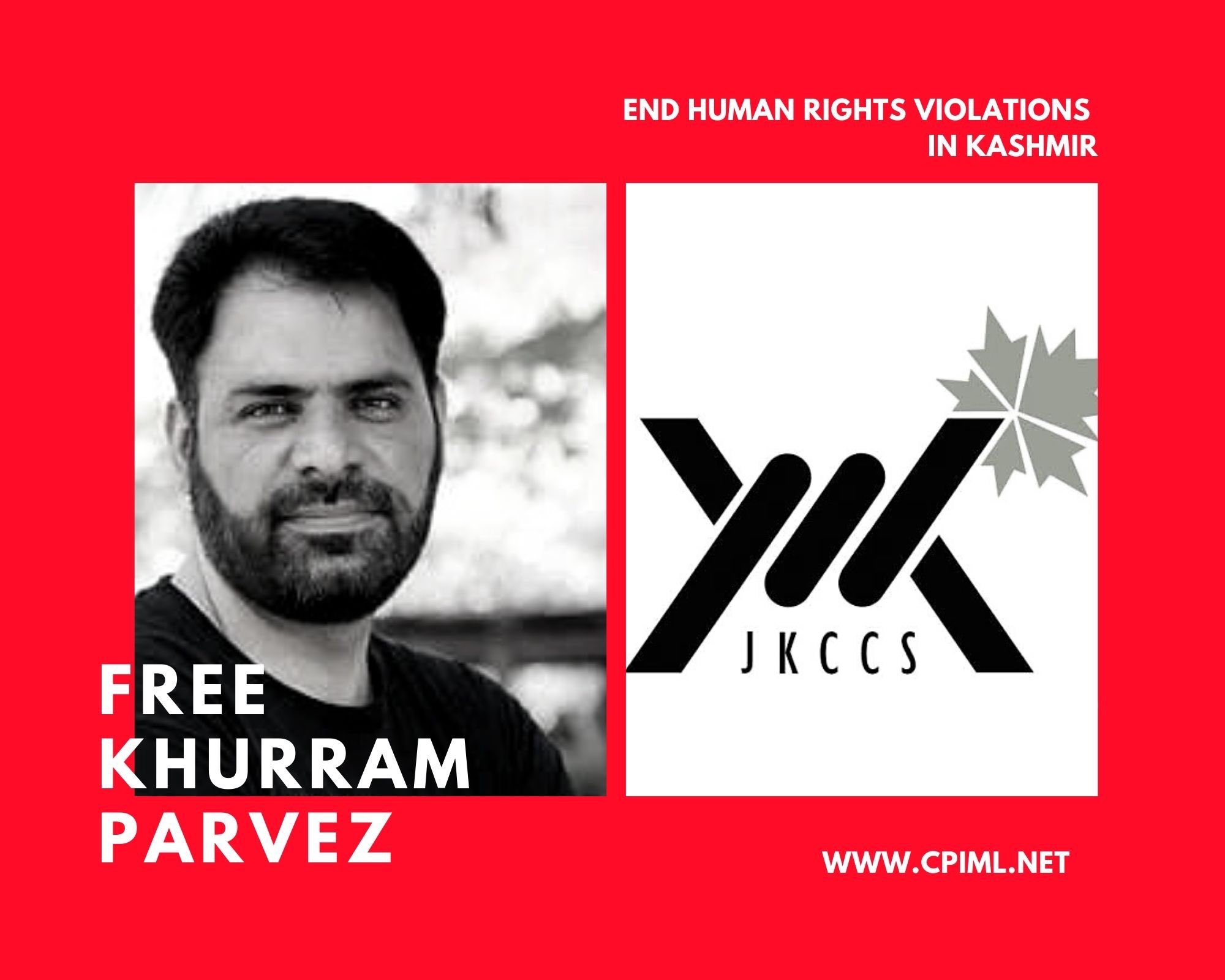 In another case of unrelenting state repression against human right defenders, the National Investigation Agency (NIA) on November 22 arrested prominent activist Khurram Parvez associated with Jammu Kashmir Coalition of Civil Society (JKCCS) from Srinagar after raids at his residence and premises of JKCCS. According to reports, Parvez has been booked under draconian the Unlawful Activities Prevention Act (UAPA). The JKCCS and Parvez for decades has been involved in documenting human right violations and atrocities committed by security forces and militants against civilian population in Kashmir.

Condemning the arrest and raids, Kavita Krishnan, politburo member of CPIML Liberation noted that “the NIA raid on JKCCS and arrest of Khurram are an attempt by the Modi regime to gag those witnessing and documenting the unrelenting rights violations in J&K.”

Parvez was previously arrested in 2016 under stringent Public Safety Act (PSA) in 2016 to prevent him participating in a session of the UN Human Rights Council in Geneva. He was released after 76 days of prison.

He is also the chairperson of the Asian Federation Against Involuntary Disappearances (AFAD), an international human rights organisation which looks into the forced disappearances in Kashmir and across Asia.

The raid and arrest comes days after massive protests in Srinagar against the killing of civilians in a security forces' encounter against militants. The family members of Altaf Ahmad Bhat and Mudasir Gul said that security forces used them as human shields during the encounter and later branded them as militants supporters. It was only after a long 72 hour struggle and protest by family members, bodies of Bhat and Gul, hastily buried by security forces were exhumed and returned to their kins for proper funeral.

Calling for immediate release of Parvez, All India Lawyers Association for Justice (AILAJ) in a statement said, "The provisions of the UAPA Act effectively ensure that those charged under it can be made to languish for years with no possibility of bail, effectively overturning the presumption of innocence."

The Modi government in an attempt to silence all forms of dissent had been using UAPA against activists. Many prominent activists supporting people’s struggles like Sudha Bharadwaj, Gautham Navlakha and GN Saibaba have been branded as Maoist and incarcerated in Jail. Stan Swamy, another activist jailed under UAPA died due to long imprisonment.