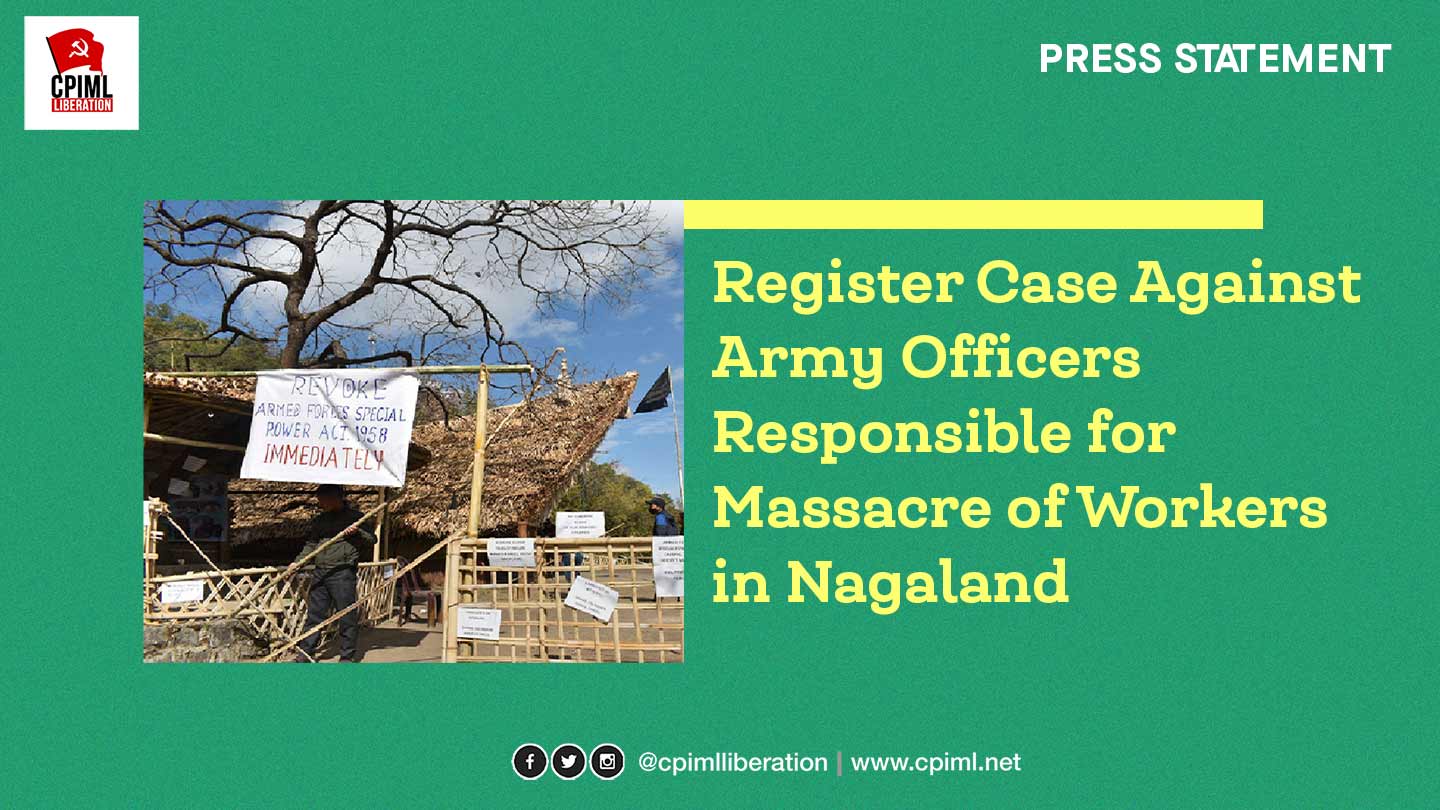 CPIML has strongly condemned the massacre of 13 coal mine workers in Oting village, Mon District, Nagaland by security forces and demanded the immediate repeal of AFSPA. The party has expressed profound sympathy with the victim families.

The CPIML Central Committee has issued a statement saying that the massacre that took place in Nagaland on 4 December has exposed the truth about the Modi government's much-hyped Nagaland Peace Accord.

CPIML demands a murder case and action against the army officers responsible for the massacre, immediate repeal of AFSPA, and compensation for the families of each of the murdered workers.