AIARLA organised a month-long campaign between 16 August to 15 September 2020, demanding debt relief on loans issued to Self Help Groups (SHGs), given the serious economic and social distress caused by the coronavirus pandemic. The completely unplanned lockdown has resulted in increasing cases of starvation and near-starvation. Lack of livelihood options and employment has crippled the rural economy. Given this situation, it is the government’s duty to intervene and protect vulnerable people from predatory microfinance institutions (MFIs) through effective regulation.

On 15 September, large and spirited protests were organised by AIARLA, AIPWA and CPI(ML) to highlight concerns that women and rural poor are facing. Thousands of women and rural and migrant labour attended these protests. It is clear from the participation in the protests and the wider resonance that they are receiving that large sections of rural poor fear extortion and harassment by loan sharks more than COVID-19. Joblessness and economic vulnerability are an equally real pandemic for women and rural labour across the country.

These protests have taken on the form of a movement in Bihar, with large protests being held in Patna, Siwan, Madhubani, Darbhanga, Samastipur and elsewhere. As a result of this campaign, the issue of debt relief is likely to emerge as a crucial question for the JD(U) and BJP to address before the upcoming elections. Those participating in the protests are asking, angrily, why ‘waivers’ and ‘moratoriums’ are being announced only for super-rich corporations, and not for women and the rural poor who are on the brink of destitution. People are being harassed by loan sharks at a time when they are jobless, hungry and worried about keeping their households running, they point out. It is from this anger that they are demanding that the Nitish government in Bihar and the Modi government at the centre listen to them and address their lived reality by announcing debt relief till March 2021.

AIARLA and AIPWA have been leading this campaign in different parts of country, from Bihar and West Bengal to Assam and Uttar Pradesh. In Bihar, protests and human chains were organised on 15 September at the district headquarters and collectorates in Madhubani, Arwal, Jahanabad and Darbhanga. In Madhubani, the protest rally began from the Madhubani railway station and ended at the collectorate. The rally was addressed by AIARLA district president Uttam Paswan, AIARLA district secretary Bechan Ram, AIPWA district convenor Pinki Singh and CPI(ML) district committee member Anil Singh. In Chandauli, the protests in Bichiya, addressed by AIARLA national secretary and CPI(ML) district secretary Anil Paswan, AIPWA district secretary Pramila Maurya and Shashikant Singh, highlighted the intimidation by goons of various MFIs such as Bandhan, Cashpor, Utkarsh and Prayantar. In Ankapalli, Vishakhapatnam, CPI(ML) state secretary Bugatha Bangarao addressed the protest and submitted a memorandum to the rural development officer. In Rayagada, Odisha, a dharna was organised at the district collectorate. In Assam, protests were organised in Goalpara and elsewhere in the state. In Naharkatia, the protests were held under the banner of one of the constituent organisations of Microfinance Shoshan Birodhi Joutha Sangrami Mancha. Similar marches and protests were also held in districts and Block headquarters in all other states.

It was announced at these protests that if the Bihar Chief Minister and Prime Minister Modi do not immediately announce a comprehensive package – debt relief, relief from paying interests on loans taken, and reduction on interest rates on group loans – continuous protests will be organised. In fact, the RBI rules and regulations clearly state that all financial institutions should ensure moratoriums on loan and interest recovery. MFIs, which provide support to women and rural poor in the absence of government infrastructure, cannot be allowed to run amok and unregulated. As it is, government banks are not providing sufficient support to those who need it. This situation is forcing women to avail of loans from MFIs. AIARLA and AIPWA have consistently been making the point that in the short term, these institutions have to be properly regulated and in the long-term, public sector institutions and government banks will have to take up the primary responsibility of providing financial support. Government intervention is also required to address growing joblessness. It should be ensured that MNREGA funds are used to ensure 200 days of work and Rs 500 minimum wages per day for everyone. 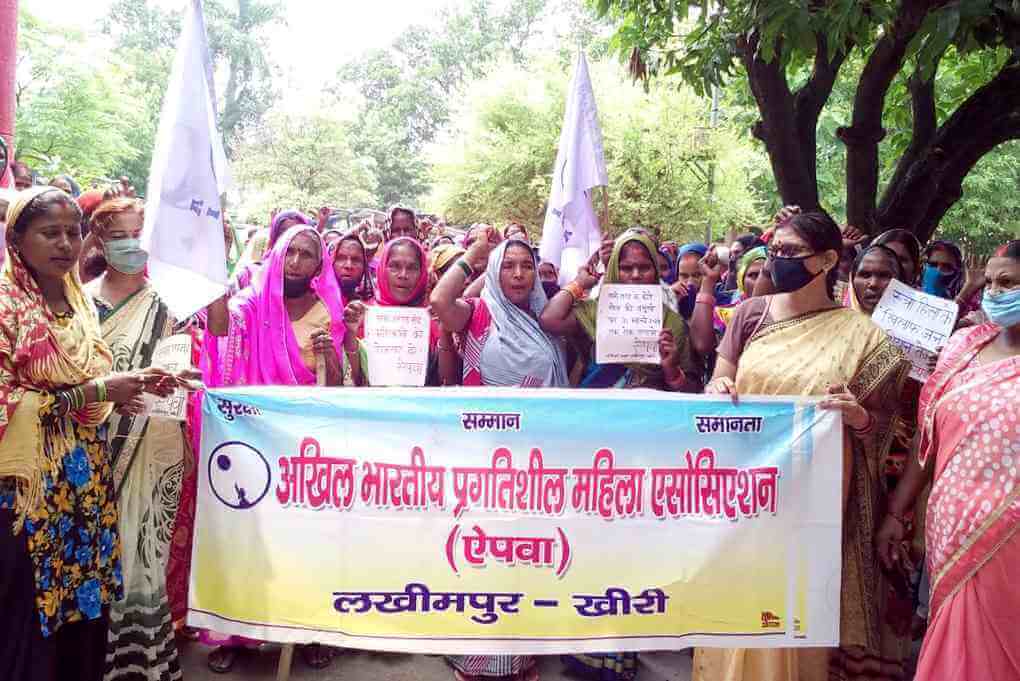