CPI(ML) Statement on the Centenary of Communist Party of China 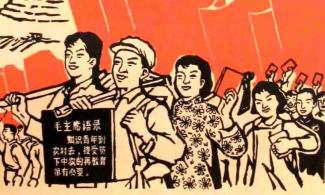 On the occasion of the centenary of Communist Party of China, the Communist Party of India (Marxist Leninist) salutes the revolutionary legacy of the CPC. The heroic Chinese people, under the inspiring leadership of Mao Tsetung and the CPC, accomplished the people's democratic revolution in just twenty eight years after the CPC’s birth, and achieved basic socialist transformation of a backward agrarian society in another seven years.

The liberation of the world's most populous country from the domination of feudal lords, the big bourgeoisie and imperialist powers provided a tremendous boost to the international communist movement in general and national liberation struggles in colonial and semi-colonial countries like India in particular. The armed agrarian revolution in China was a major source of inspiration to the great Telangana struggle and later the Naxalbari movement. During the International Great Debate of early 1960s, the CPC led Marxist-Leninists across the world in the struggle against modern revisionism and this contributed a lot in the emergence of the CPI(ML) in India.

We in India can perhaps understand the full significance of the Chinese revolution by comparing China’s journey since 1949 with India’s journey since its independence in 1947. The fact that China has forged far ahead of India when it comes to most indicators of social wellbeing – including standard of living, health, education, and maternal and child mortality – can only be explained by the fact that revolutionary China laid the foundations for such progress with its radical measures of social and economic transformation, in stark contrast with the Indian model that accommodated feudal vestiges and appeased private monopoly capital and foreign corporations.

While appreciating all such revolutionary achievements and contributions, we deem it our duty also to voice our concerns over certain disturbing trends and developments in the last few decades.

The CPC's record of socialist modernisation, of building a socialist market economy with Chinese characteristics, is marked not just by spectacular economic growth that has turned China into the second most powerful economy in the world, with great advances in science, technology and infrastructure, but also by maladies like aggravated social, regional and gender disparities, growing cronyism and corruption, ideological-cultural degeneration and brutal suppression of dissent.

Neither the 19th Congress of the CPC held in October 2017, nor President Xi Jinping's address to the recent centenary celebration indicates any attempt at course correction, especially with regard to the party's handling of collective or individual protests, nationality movements in Tibet and Xinjiang regions as well as autonomy movements in Hong Kong and Macau, and the treatment of the Uighur Muslim minority population. The growing extension of the surveillance state is also a cause for concern.

President Xi’s speech describes the “leadership of the Party”, in particular “the core position of the General Secretary on the Party Central Committee and in the Party as a whole”; as well as the need to “follow the leadership core, and keep in alignment with the central Party leadership”, as “the defining feature of socialism with Chinese characteristics”. This is a distortion of the Marxism-Leninist principle of democratic centralism, which does not fetishise the role of the Party General Secretary in this fashion; nor does it equate the country or the state with the party. The touchstone for socialism can only be the control of the immediate producers (workers and peasants) over the means of production and the fruits of their labour.

The central theme that stands out in Xi Jinping's speech is national rejuvenation, which is fair enough, but sadly, one does not find what one expects on an occasion like this: an expression of solidarity with anti-capitalist movements by workers and people in China and across the world; a commitment to proletarian internationalism, a call for unity of multiple people's movements against imperialism and its lackeys in various countries. Conspicuously enough, President Xi's speech even remained silent on the far-reaching crisis arising out of the ongoing Covid19 pandemic which incidentally had originated in China.

While saluting the revolutionary legacy of the CPC we extend our warm wishes to the Chinese people and Chinese communists in carrying it forward towards meaningful socialist progress and people's democracy within China and towards lasting world peace and an equitable international order. We cherish friendship and close cooperation between the countries and peoples of India and China.