Condemn Attack by BJP-backed Goons on CPIML Leader in Tripura 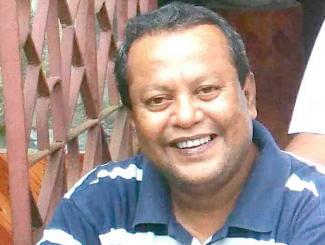 The CPIML condemns the attack by BJP-backed goons on CPIML Central Committee member and Tripura Secretary Comrade Partha Karmakar's home in Udaipur, Tripura. At around 8.30 pm on 15 November, some two dozen BJP backed goons tried to storm Comrade Partha Karmakar's house. They made death threats against him, accompanied by obscene abuses, warning him to stop campaigning against BJP and stop holding any meetings at his house or anywhere outside. They tried to jump the boundary wall of his home, and they threatened several of his neighbours who came to his rescue.

The police did not come when called, pleading that they were busy with Diwali. They promised to send an officer to record a statement the following day, but as of 16 November evening, no police officer has made any appearance.

It should be noted that there have been two similar attacks in the past by BJP supporters - on the CPIML office in Udaipur and on a protest dharna by the party.

These attacks point to the BJP reign of terror in Tripura, in complicity with the Tripura police and Government.

CPIML demands immediate arrest and prosecution of the goons who attacked Comrade Partha Karmakar's home and issued death threats against him.