A Note on Herd Immunity 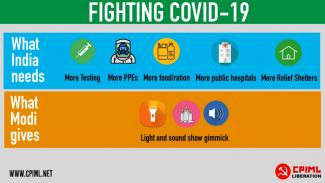 THE concept of Herd Immunity is premised on the following facts:

That a vaccine, given to a majority of a given population at about the same time raises immunity of that population in that community so that the infective organism cannot find susceptible persons to infect easily and hence peters away in that community. In general, if about 80% in the community are vaccinated, the antibody levels will be uniformly similar in all those who are vaccinated so that the remaining 20 % do not get the infection.

Some virologists and epidemiologists want to apply this concept of herd immunity to the present pandemic. Their recommendations are based on following assumptions:

This looks attractive in theory. This is politically popular too because we are talking about preventing poor people dying of hunger and other diseases due to lockdown. Lifting lockdown may end their financial miseries.

But if we look at this disease more carefully we notice:

Therefore to parrot herd immunity theory is not very convincing medically. It is welcome if it happens as a result of widespread infection. But to deliberately expose a huge population with the hope of development of herd immunity is not scientifically convincing. Let me reiterate that for this present pandemic herd immunity is still largely a theoretical construct.

To come to the practical aspects: we have seen that though this virus entered this country through airports, it nestles in the slums of Mumbai, Ahmedabad and Chennai. It is true that lockdown affects the poor more than the rich who have means to survive many months of lockdown without many problems. It is also equally true that once opened, it is the poor who are going to work in sweatshops and shop floors and get infected. The rich will certainly protect themselves well and it is the poor who are going to get more infections when lockdown is lifted. In New York, death rate in low income communities of colour is 10 times greater than the wealthier ones. When we talk about exposing the 80% to protect the 20% we must be very clear as to who form this 80% and who form the 20%. When we talk about protecting the vulnerable, we are really talking about the rich and vulnerable and not the poor and vulnerable. The poor people of India still live in joint families where grandparents and grandchildren live huddled in crowded bastis of less than 500 sq.ft. Unlike the affluent West, there are simply no means to protect the poor and vulnerable old people in India.

What then is the way out? Vaccine and antiviral medicines are many years away. Hence the age old wisdom of “Prevention is better than Cure” is very true of this disease with varied manifestations and unpredictable outcomes. This is much, much cheaper than the costs of ‘Herd Immunity’. Fortunately in TN, Maharashtra and in Gujarat, this disease is rampant only in certain pockets. So ideally we must increase our testing numbers drastically in these areas so that the source of these clusters are found out and isolated. It is stupid to follow ICMR guidelines about not testing asymptomatic persons. In these clusters it is the asymptomatic persons who are seeding infections continually and hence our high numbers from the same areas day after day.

And other than these Red Zones and containment areas we should gradually open up economic activities ensuring that the three cardinal principles of prevention – physical distancing, hand washing and masking - are very strictly enforced in public places and places of work at least till this epidemic is brought under control. This works in several countries and this will work in India too. The Swedish way is simply not replicable in India.