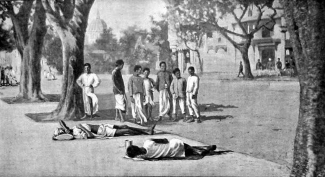 SINCE March 23rd, the Indian government enforced a complete nationwide lockdown. The Covid-19 pandemic has emerged as the most lethal pandemic of our times. Simultaneously, the management of the crisis by the Indian government has further exposed the growing oppression in their governance.  The lack of sufficient testing kits, inadequate personal protective equipments for doctors and caregivers and the inhuman and shameful migrant crisis have also exposed the unpreparedness and misplaced priorities of the Indian government. Yet, instead of engaging with the opposition and hearing out opinions and suggestions, the government of India continues to disregard democracy through the invocation of the Epidemic Diseases Act, 1897.

With Covid-19 as a pretext, the Indian government invoked the Epidemic Diseases Act, 1897. The history behind this dated Act, which is over a century old, traces the British colonial memories by which protesters and activists were arbitrarily jailed.

In 1897, the British had passed the Epidemic Act in India to supposedly tackle the bubonic plague that spread in the Madras Presidency. However, the Act’s real intention was to suppress dissent against the colonialist regime. The Act became an extension of the Sedition laws and acted as an instrument by which the British arrested freedom fighters and activists. Significantly, Bal Gangadhar Tilak was arrested and jailed for 18 months for his publication in the Kesari and Mahratta, criticising the British response to the Bubonic plague epidemic.

The 1897 Act was particularly problematic as it mandated forced segregation of suspected patients, demolition and seizure of private property and strip searches. The language of the Act itself was so fluid that it could be easily manipulated by the authorities to act arbitrarily without any accountability. This had significantly fuelled the anti-colonialist sentiment within India. However, all these happenings were in the colonial, undemocratic and pre constitutional India.

The British, who had created this legislation, themselves, amended and structured it so much more in order to ensure accountability. The Public Health Act 1984 of the United Kingdom leaves no scope for such arbitrary abuse of power. Yet, in India, we continue to use the dated 1897 Act with some very minor amendments that were made in 1956. The Epidemic Act continues to give vast powers to The Act was invoked even previously in India to tackle the outbreaks of Swine flu, dengue, Cholera and now Covid-19.

In India, the Covid-19 crisis came at a time of an existing turmoil. While peaceful protests across the nation opposed the discriminatory NPR-NRC-CAA process, the pandemic abruptly changed the very nature of life. While the struggle to save democracy in India persists, the challenges have multiplied. Just like the British colonialists, the Indian government and States across India, are using the vagueness of the wordings of the Epidemic Act to harass and jail dissenters and peaceful protesters.

In Uttar Pradesh, Dr Ashish Mittal was arrested under the Epidemic Act. He had been a part of the peaceful demonstrations against the CAA prior to the Pandemic. Similar charges were also levelled against Umar Khalid, who is also an active voice against the growing fascism of the Indian government.

The Mumbai Police arrested a journalist under the Epidemic Act, with the charge that his social media comments about migrant workers had led to their unrest in the Bandra Suburban area. Several journalists across the country have been detained, charged and harassed for their dissent against the government’s approach to Covid-19. Provisions from the Disaster Management Act have also been levelled against journalists and activists for spreading misleading information, even when they only were dissenting with the government’s approach to the crisis.

The Epidemic Act gives impunity to the public officials working under the Act. And hence, journalists, doctors and people in general are being penalized heavily for dissent against the government. The question however remains that whether the Epidemic Act, can actually sustain in the presence of the Indian Constitution with its fundamental rights, guarantees and the necessity to protect its basic structure.

The Right to Freedom of Speech and Expression, a fundamental right, guaranteed by the Constitution of India, has suffered another major setback during the Covid-19 nationwide lockdown in India.

One of the major reasons for the outbreak of this Covid-19 calamity, was the suppression of information. One doctor who even tried to warn China against this crisis was charged with spreading misleading information, and he eventually died of Covid-19. Even after the spread of the virus, several States of the world continued to downplay its seriousness. And now, when the world is plagued with the biggest public health crisis in the world, our governments continue to hide information and deny accountability.

The inadequacy of the public health system is obvious in India. And yet, even when doctors write about or even provide suggestions, they are jailed.

Prime Minister, Narendra Modi, met journalists from leading newspapers of the country and encouraged them to publish only positive stories about the government’s handling of the pandemic. This is not just reflective of his megalomania but also the increasing totalitarianism of the government. The government of India, had in fact approached the Supreme Court, praying for a blanket directive to pre censor news to all media publications. Fortunately, the petition did not succeed. Similarly, in the High Court of Madras, there was a petition to ban newspapers during the lockdown, which also did not succeed, though the Court observed that the media should focus on the publication news and not views.

Fearing consequences of the Epidemic Act, patients infected by the virus are in fact, afraid of coming out and getting themselves tested. Needless to remind, the Epidemic Act was also used to level fake and arbitrary charges against the attendees of the Tablighi Jamaat in order to spread Islamophobia.

The Covid-19 crisis in India has created challenges far more than the virus. Thousands of migrant workers across the country were left stranded without wages, food and water. Many of them died of exhaustion and thirst while they walked back thousands of kilometres home. Yet, the government remained unperturbed and refused to engage on democratic processes to find solutions by engaging with opposition parties and dissenters.

At a time of crisis as now, it is pertinent that the Government of India, along with the State Governments, engage in an inclusive method of problem solving. The challenge of the pandemic cannot be mitigated without accountability and shared decision making. Suppression of data and criminalization of dissent shall only complicate our situation and not mitigate the challenge. The Covid-19 challenge needs to be faced with democracy, compassion and kindness instead of authoritarian arbitrariness and hate.