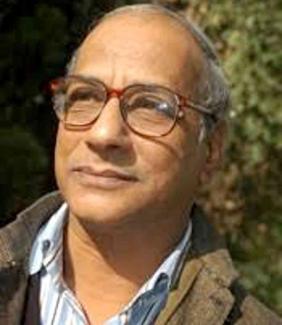 The world suffered an irreparable loss with the passing away of poet Mangalesh Dabral on 9 December 2020.

Born on 16 may 1948 at Kaafalpani village in Tehri District, Uttarakhand, Mangalesh spent his early years in the village and then came to Delhi to pursue journalism. He began his journalistic career with the weekly “Pratipaksh’ and then joined the Madhya Pradesh Sahitya Parishad magazine ‘Purvagrah’ and lived in Bhopal for some time. His literary journalism started around 1978 with the Hindi daily ‘Amrit Prabhat’ published from Allahabad. He edited the Amrit Prabhat’s Sunday literary supplement and set a new standard for literary journalism. He even got a free spirit like Viren Dangwal to write the superb column ‘Ghoomta Aina’ for the Sunday supplement.

His most glorious phase of literary journalism was with the ‘Jansatta’ where he got the opportunity to work in a new paper with an Editor like Prabhash Joshi. Through its weekly issue, Jansatta prepared a new generation of young writers who, under Mangalesh Ji’s motivation, wrote with a new perspective not only about literature but also about society, politics, environment, cinema, theater, gender and other subjects. He also made Jansatta the forum for beautiful translations of world poetry and poetry in Indian languages. He gave important translators like Suresh Salil to the Hindi language.

Mangalesh Dabral, who found special recognition from his very first collection of poems ‘Pahad par Laltain’, wrote many great poems which were collected in five anthologies. He received prestigious awards like ‘Pahal’, ‘Sahitya Academy’ and ‘Om Prakash Smriti’ for his poetry. Along with poetry he was also a master of prose and translation. To him goes the credit of introducing renowned Bangla poet Nabarun Bhattacharya to Hindi readers, and he was also the co-translator of the Hindi translation of Nabarun Bhattacharya’s anthology ‘Yeh Mrityu Upatyaka Nahi Hai Mera Desh’.

He also had a great interest in music, cinema and travel literature. He was the only Hindi poet who had close friendships with poets in all Indian as well as foreign languages, and because of this he enriched Hindi readers with translations of Indian and foreign language poetry.

His poems have been translated into several languages. Recently, Italian translator Dr. Mariola Offredi published the Italian translation of his anthology ‘Aawaz bhi ek Jagah hai’ under the title 'Anche la Voce e un Luogo'. He was committed lifelong to democracy and was often involved in deep debates and arguments with the Right Wing through his Facebook posts. It was due to this commitment that he was at the forefront of the Award returning campaign in 2017 and returned his Sahitya Academy award. He was associated with the Jan Sanskriti Manch and was its National Vice President. He was a lifelong friend of Left, of the CPIML, and people's movements.