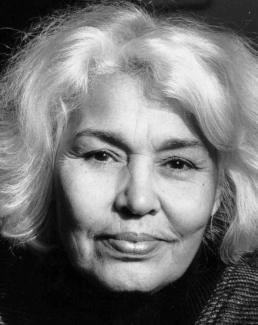 Veteran Egyptian socialist-feminist Nawal El Saadawi passed away at the age of 89 on 21 March, 2021. A prolific writer (author of 56 books) and doctor, Saadawi spiritedly challenged patriarchy, fundamentalism and capitalism, all of which she firmly regarded as part of one system.

When she published her pioneering book Women and Sex in 1972, she was dismissed from her post as a doctor and member of the Ministry of Health for the Egyptian Government. At the age of 80 she had participated in the Arab Spring, which brought down the Hosni Mubarak dictatorship.

Speaking after the revolution was hijacked by a new, fundamentalist regime, she reiterated her core beliefs:

We live in one world––a capitalist, patriarchal one. We don’t have peace because we don’t have justice, equality between countries, sexes, and classes.

I have fought for feminist issues, including fighting against female genital mutilation (FGM). FGM increased under President Anwar Sadat [1970-81], as did veiling. Today, 97% of Egyptian women have undergone FGM. I lost my job in the Health Ministry because of what I wrote and said about FGM and President George Bush.

My books were banned and my character assassinated as a result the political stances I took. I was called pro-U.S., although all my books link colonialism and feminism. If you work with the working class, you are called a communist by the ruling class. I was arrested for “crimes against the state” and sent to prison in 1980. When I got out, my life was in constant danger from religious fundamentalists.

The legal women’s NGOs were those women’s organizations that worked with Mubarak. The Egyptian Women’s Union, by contrast, was banned three times, under Pres. Mubarak and Pres. Sadat before him. Now we have re-established the Egyptian Women’s Union and the Arab Women’s Solidarity Association, which had also been banned.When I’m in the U.S., I’m always asked about religious fundamentalism, but when I connect it to neo-colonialism, then what I say is censored. I am told to leave it out of my talks, and in a recent TV interview by Christiane Amanpour, what I said about neo-colonialism was cut out.  But the two things are opposite sides of the same coin. Why is there this revival of fundamentalism in the 21st century? Because religion survives and flourishes under repression. Islam, Judaism, and Christianity are similar in treating women as inferior, in fearing outsiders, and in their racism and classism. In spite of religion’s defects, however, I believe in protecting religious freedom.

Liberation honours Nawal El Saadawi’s legacy is a precious resource for people’s movements all over the world, and especially inspiring for us in India as we fight against capitalism, patriarchy and Hindu supremacist politics today.