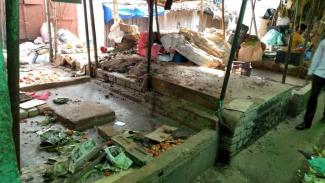 JEHANABAD in NDA-ruled Bihar witnessed organized communal violence against the minority Muslim community between 8th and 11th October. Shops belonging to Muslims were set on fire, and under the cover of anti-Muslim violence, the BJP-backed rioters looted shops of the poor of all communities. Mosques and Muslim shrines were also attacked, and media persons attempting to cover the riots were also subjected to violence.

The attempts to stoke riots began in the morning on 8th October itself. A rumour was circulated that meat had been thrown to defile the Durga Puja tent near the Sadar Hospital. The administration did nothing to preemptively detain or arrest those seeking to stoke communal rumours and violence. The administration announced that the Durga idols would be immersed between 9 pm on 9th October and 7 am on 10th October – but no precautions were taken to ensure peace. For the first time in Jehanabad, it was seen that all the idols were lined up at the same place.

When only a few of the idols remained to pass through the marketplace towards the immersion site, some claimed that an iron rod had been thrown at the idol which had been rumoured to be defiled on 8th October. This fresh rumour was obviously an attempt to provide a pretext for riots – but the police and administration did not act. Instead they watched as a mazaar (Muslim saint’s shrine) was set on fire in their presence. Communal rumours were spread all morning between 6 am and 9 am. 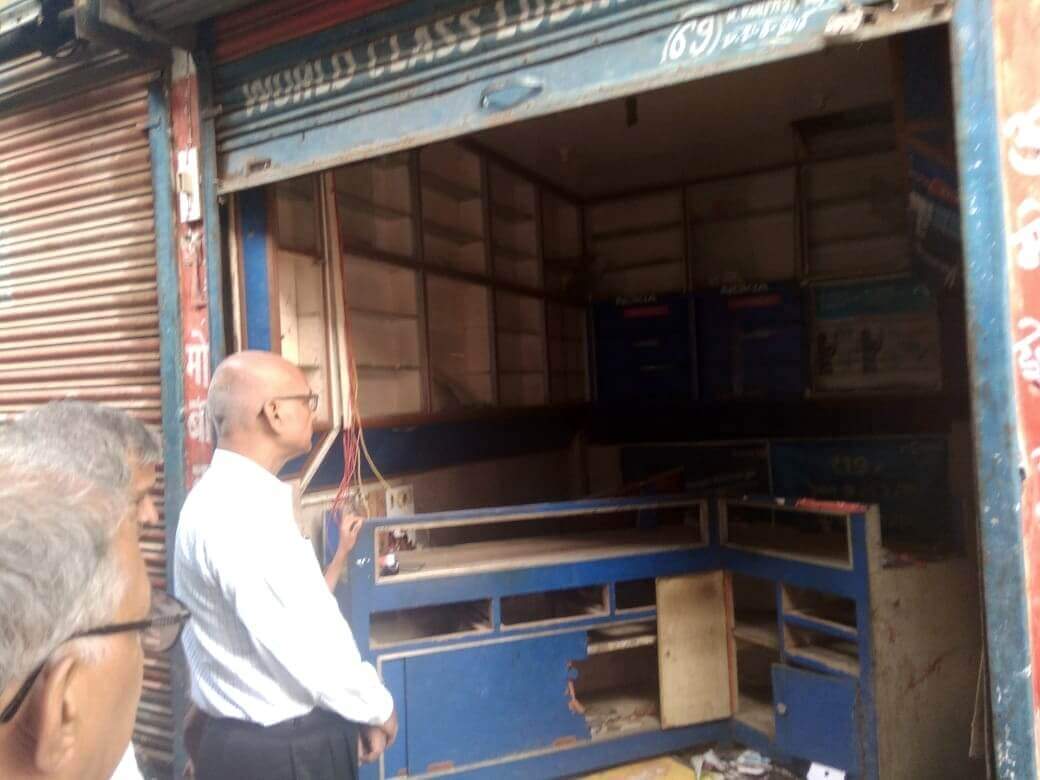 At 9 am, rioters wearing saffron masks on their faces began rioting all over the city – and the District Magistrate, instead of completing his rounds of the town, turned back. The rioters began looting shops at Jehanabad station, the Hospital Turn, Pathak Toli, Battees Bhanwariya, Rajabazaar, Malhachak Road, and Arwal Turn. The police and administration was entirely missing. The DM arrived only at 1 pm, and then spoke to the leaders of the rioting mobs. Then, the idol immersion could finally begin.

The next day (10th October), rioters attacked Muslim mohallas – including Gandhi Nagar, Gaurakshini, Jafarganj, Makdumabad, Gaderiya, and Navinagar. It was during an attack on Gaurakshini that Vishnu Kumar, a college student standing in his own backyard, was shot dead by masked rioters. This killing too is clearly a cold-blooded attempt to add fuel to the communal fire.

On 11 October, the rioters began spreading to the rural areas as well. But efforts by the CPIML could prevent the riots to a very large extent. There were attempts by rioters to loot shops in Noanva, Larsa, Chakiya, Nadiyanva and even the CPIML office in Navinagar. CPIML activists organized to protect Muslim localities from the rioting mobs at many places. 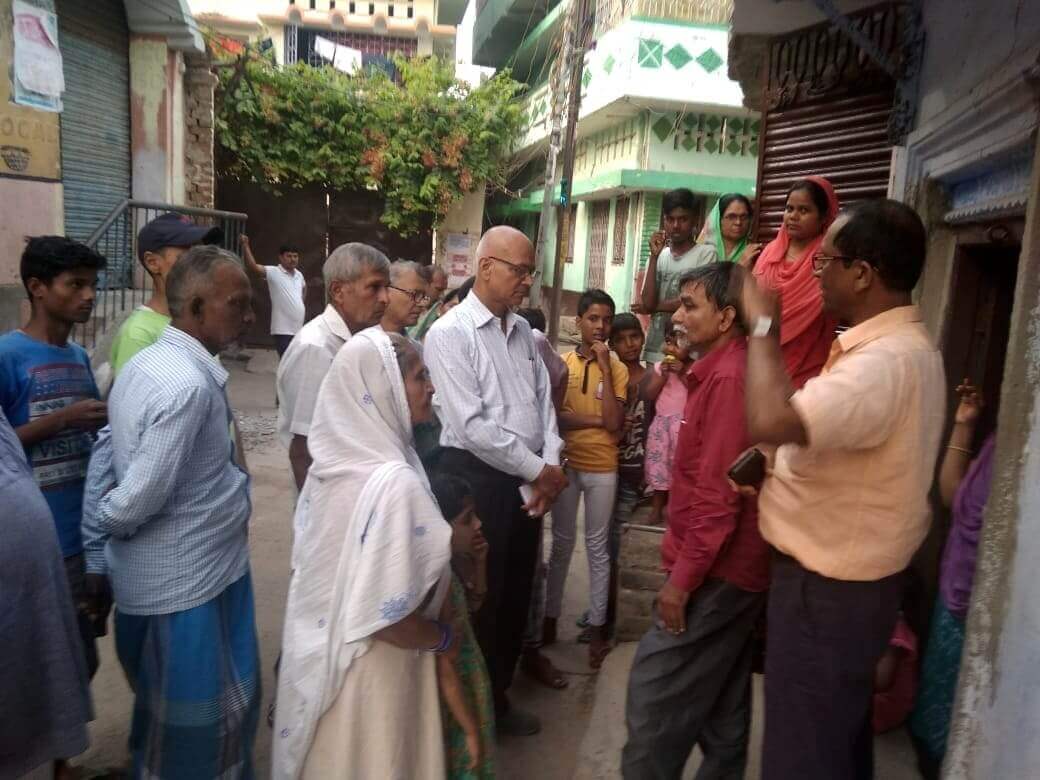 Among those named in the FIR is BJP’s Jenahabad President Vijay Satkar, leader of BJP’s EBC Cell Anil Thakur, Ward Council representative from Thakurbadi and BJP leader Mukesh Mishra, Dhananjay Vishwakarma of the Hindu Seva Samiti, and Mantu Pandey of Bajrang Dal. It is clear that top leader of BJP and RSS masterminded the violence from behind the scenes.

Jehanabad continues to be tense. CPIML has demanded the arrest of all the culprits, and compensation for shops, shrines and homes that were damaged, and for those injured and killed. The party also demanded punishment for the DM and SP who failed to prevent riots and protect vulnerable people. The party will hold a march for peace, harmony, and justice on 21 October.

Around 200 shops suffered vandalism, plunder, and arson at the hands of Sanghi rioters in Jehanabad. A fact-finding team comprising Comrades Srinivas Sharma, Ramadhar Singh, and Rambali Singh Yadav made a list of the damage done to 48 of these shops (table below). 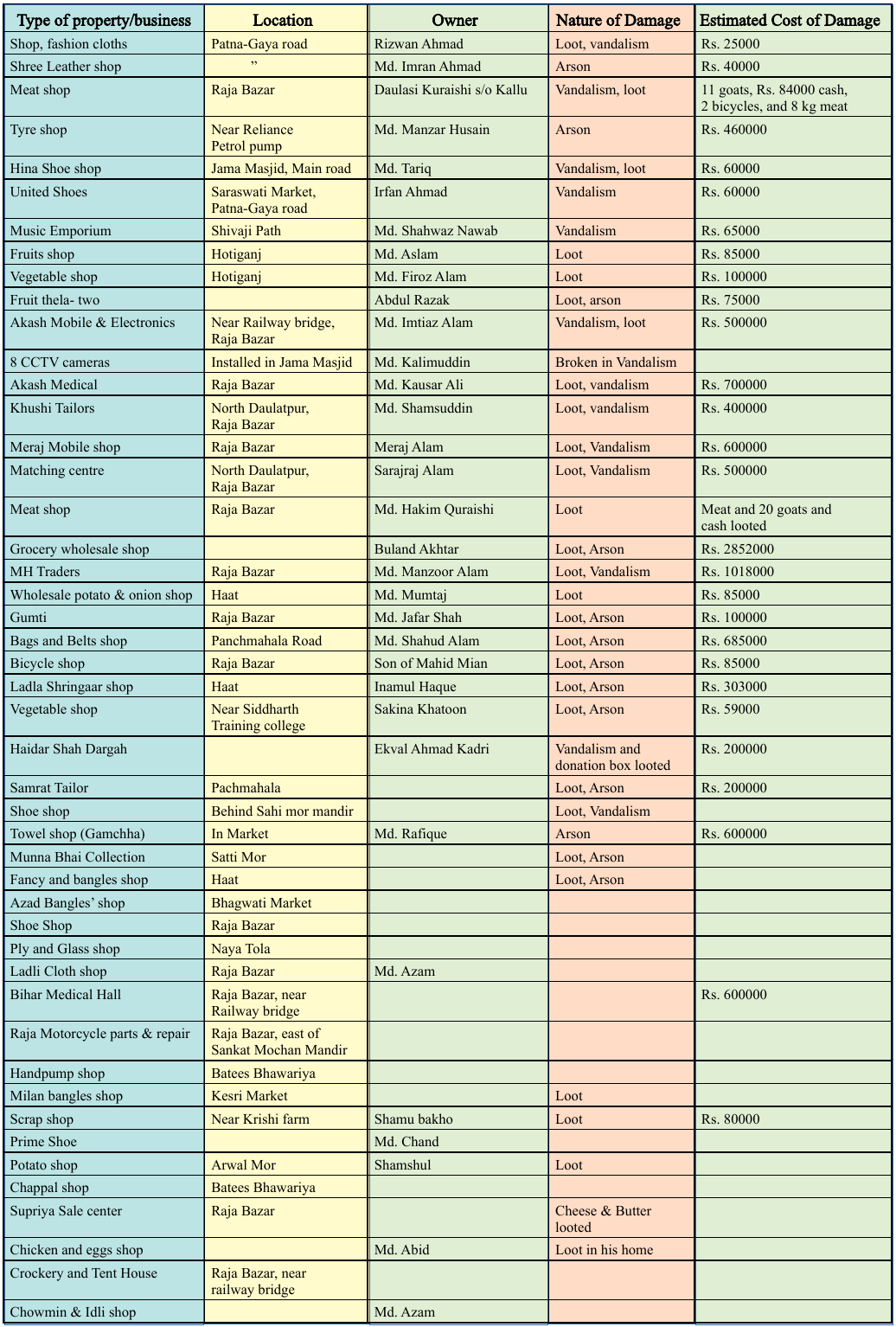 Details are not in the list of about 125 vegetable vendors, both Hindus and Muslims, in the vegetable market at the Haat whose vegetables and cash both were looted by the rioters. Another chicken and vegetable shop were looted at the Mallahchak Mor. Three motor bikes were set on fire. The sign boards and outer glasses of shops owned by Muslims were damaged. 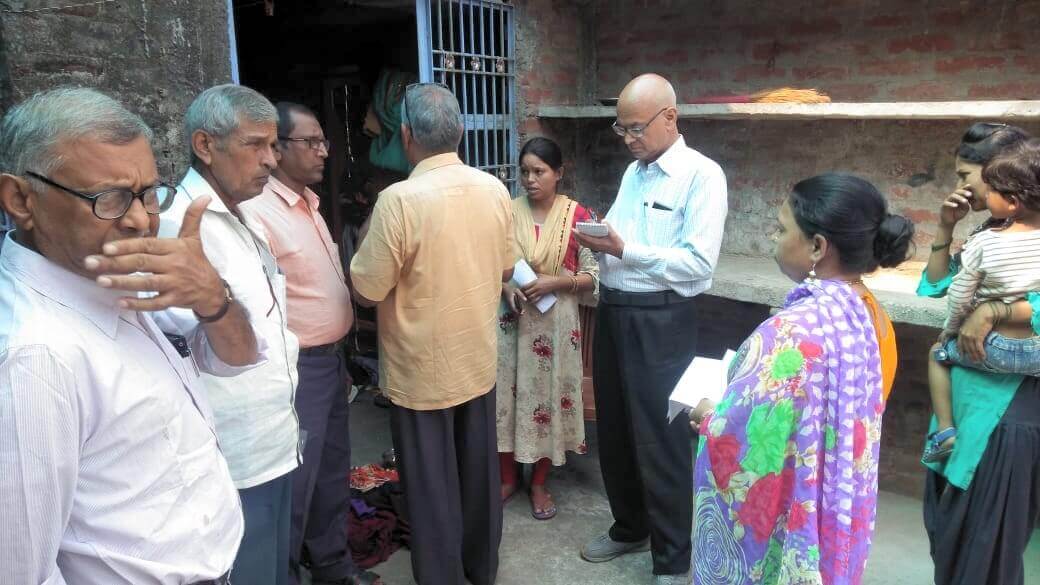 CPIML Jehanabad District secretary Shrinivas Sharma and State Committee member Rambali Singh said if enough police personnel had been deployed during the idol immersion time, the riots would not have occurred. Instead of taking strict action against the rioters the administration was pleading with them. The city was left to the mercy of the rioters for 3 hours during which looting of shops, arson, violence and vandalism continued unabated. Half a dozen masjids and Idgahs were vandalized. This incident is a black stain on the city and the Sanghi goons have defamed Jehanabad.

The CPIML has demanded that the Jehanabad riot should be probed by an all-Party Legislature committee; the DM and SP should be immediately removed; adequate security arrangements and speedily arrest of the rioters.

On 12 October leader of CPIML Legislative Party Mahboob Alam held a telephonic talk with Chief Minister Nitish Kumar on the Jehanabad communal violence and riots. Mahboob Alam reiterated the demand of immediate removal of the Jehanabad DM and SP. He told the CM that the facts of the case make it clear that if the administration had acted in time and deployed enough police personnel during the idol immersion time, the riots could have been avoided. He also said that there should be a proper enquiry into the role of communal organizations in the riots.