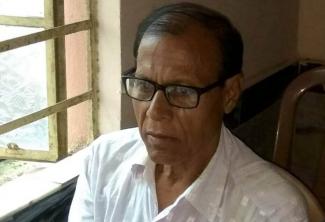 Since the period of Party's reorganisation, Com. Biman took an exemplary role to organise CPIML when the party was underground in Dhubulia, Chapra, Nakashipara areas. He was revered as a popular peasant leader. When communal riots broke out in 1979, he played a commendable role to organise people against this fratricidal riot and to establish a lasting peace in the entire area.

He had faced tyranny of state repression and was framed under false criminal charges many times, but defying all odds Com. Biman successfully organised landless and poor peasants in their struggles for land, wage and also against the corrupt practices of panchayat system. He will be remembered and cherished by comrades in many areas where he had played a vital role in expanding party many districts of West Bengal. With his demise West Bengal party has suffered an irreparable loss.