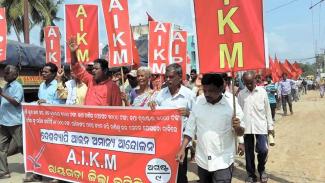 Lakhs of farmers came out on the streets to make a resounding success of the Jail Bharo Andolan on 9 August 2018 against the imperialist and pro-corporate Modi government, a fitting way to remember the anti-imperialist Quit India movement against British rule. The All India Kisan Mahasabha had called for the Jail Bharo Movement against anti-farmer policies of the Modi Government.

Farmers courted arrest at Karnal in Haryana. Hundreds of Kisan Mahasabha activists courted arrest in Mansa, Sangrur, Barnala, Bhatinda, Faridkot, Gurdaspur and Ludhiana in Punjab. They were arrested by the police and released after a while. The programmes were jointly organized by AIKM and its constituent member Punjab Kisan Union Ekta. A farmers’ convention was also organized in Ludhiana. 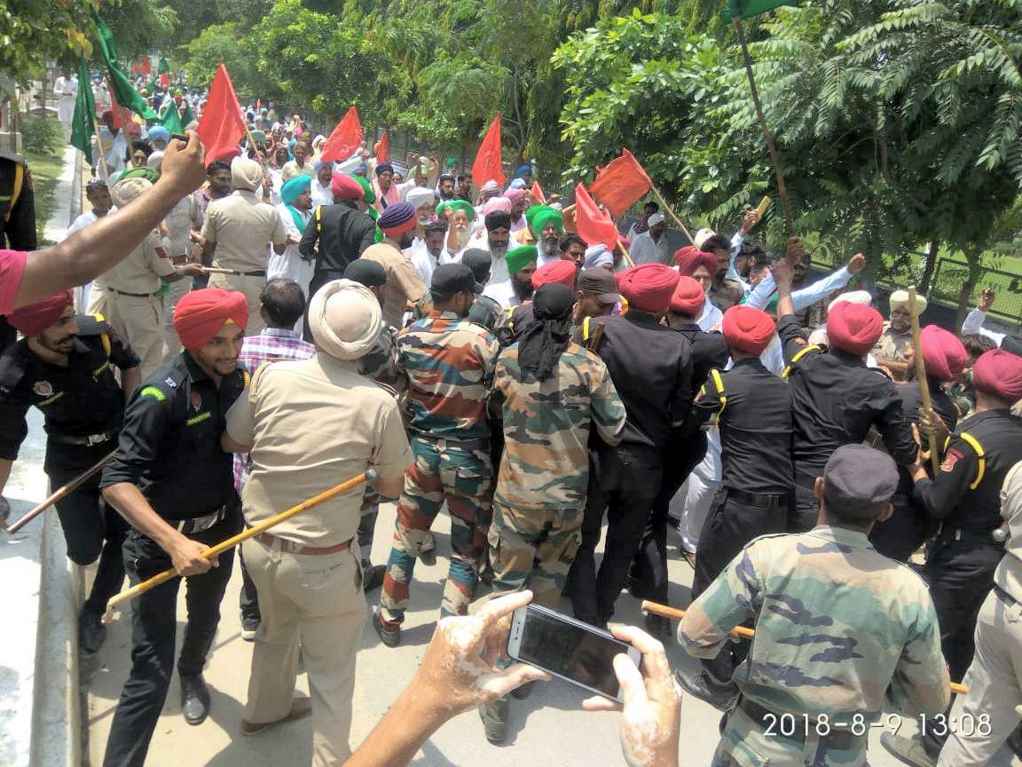 Protests were organized across Jharkhand most notably at Bagodar and Garhwa. In Andhra Pradesh, the call was observed in Guntur, East Godavari, Vishakhapatnam, Kadapa, Anantapur and other districts. Thousands were arrested in Kakinada, Tenali, Mangalageri and several other places. In West Bengal, farmers courted arrest in Siliguri, Bankura, Kalna-Bardhaman, Chuchura in Hooghly, Krishnanagar-Nadiya, Barasaat in North 24 Pargana, Howrah, South 24 Pargana, Murshidabad, North Dinajpur and

South Dinajpur. In Siliguri joint programmes were organized by AIKM and the tea estate workers.

In Tripura, protests were held in Koyala town, Dahram Nagar, Agartala, Gomti and other places.

In Rajasthan, AIKM and CPI(ML) organized protests and courted arrest in Jhunjhunu, Buhana, Khetri, Salumbar, and Pratapgarh. In Udaipur the demonstration organized by the CPI(ML) was attacked by the lumpens associated to the ruling BJP. Several protestors were physically injured.

In Assam, Uttarakhand and Odisha too, the call saw a huge participation by farmers at several places. In Maharashtra, hundreds of farmers marching under the banner of AIKM came out on streets in Ahmed Nagar and Sakuri.

The role of the left forces in organizing and providing direction to the farmers’ movement in the country was demonstrated through the massive response to the programme. The programme further showed that there was a tremendous need to join hands with fighting farmer organizations and launch joint initiatives for strengthening the farmers’ movements.