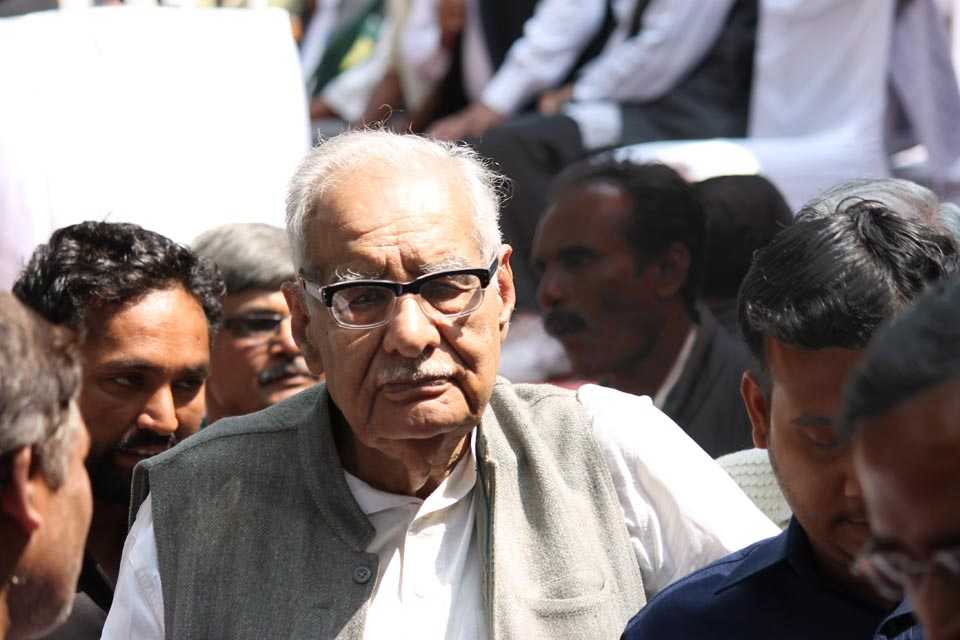 CPI(ML) expresses profound sorrow at the passing away of Shri Kuldip Nayyar: veteran journalist, and courageous fighter for democracy and for civil liberties.

He was a leading figure in the struggles against Emergency and the state terror unleashed in Punjab through the 59th Amendment of the Constitution, and could always be found on the streets beside struggling people resisting every authoritarian tendency. Right till the end, he continued to be an alert sentinel warning us about the threats to our democracy. On June 25, 2015 in an article titled, “When you crawl, unasked’, he wrote, “Can the Emergency be reimposed, I have often wondered?…seeing how conformist the press is today, I don’t think it would be necessary for the government to take any extra-constitutional measures. Newspapers and television channels have themselves become so pro-establishment that the government doesn’t have to do anything to make them fall in line…Soft Hindutva is overtaking the print and electronic media.”

Shri Nayyar and the CPI(ML) and Indian People’s Front were  together in many united struggles against the Indira autocracy and on many other issues. In August 1996, Shri Nayyar along with Justice Tarkunde and Rajinder Sachar, were part of a committee formed to fight for justice for the victims of the Bathani Tola massacre by the Ranveer Sena. In March 2015, in spite of his failing health, Shri Nayar agreed to be a member of the Advisory Committee of the All India People’s Forum (AIPF)  formed for a united resistance against fascist forces and a defence of democracy. He also spoke at the Jan Sansad at Parliament Street against the Modi Government’s loot of land, livelihood, food.

He never tired of being a bold soldier for peace between India and Pakistan, facing down the forces of ugly jingoism. Coming from a family that experienced the Partition, he relentlessly resisted communal fascism. On of his latest articles - written on August 5, 2018, on the lynching of Rahbar at Alwar - speaks about how in lynch mob attacks, “invariably the Muslims and the Dalits had borne the brunt in the name of so-called cow protection.”