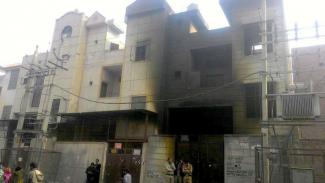 ON January 20, a fire in a firecracker factory in Bawana Industrial Area, Delhi, killed at least 17 workers, 10 of whom were women. The factory was officially registered as a plastic factory, but was illegally storing and packaging firecrackers, employing mostly migrant workers.

The Bawana Industrial Area itself came into being 22 years ago because the Supreme Court ordered small industrial units to be shifted from Delhi’s residential areas to Bawana. But shifting industries to Bawana, a designated industrial area, did not solve the systemic violations of labour and safety laws; it simply shifted the problems away from the gaze of the more privileged. The Bawana fire is the latest in the long line of similar carnages in South Asia, which expose the real face of labour in times of globalisation. ON November 25, 2012, a fire in a Bangladesh garment factory killed 120 workers, mostly women. Between 2006 and 2012, over 500 Bangladeshi garment workers had been killed in factory fires. In September 2012, two factory fires in Pakistan claimed the lives of more than 300 workers. In December 2010, a fire in another Bangladesh garment factory claimed 24 lives, in which workers were forced to jump from the ninth floor of a 10-storey building because management had locked the exits. These 21st century fires in South Asian factories are reminiscent of work conditions in the early 20th century, before massive workers’ struggles forced labour laws to be enacted. In March 1911, 140 garment workers, most of them women, were killed in the infamous Triangle Shirtwaist Factory in New York. Finding themselves locked in the burning factory, women had jumped to their death from the windows.

In Delhi, the various authorities are busy passing the buck on to each other. ANI cameras captured the BJP leader and North Delhi Mayor Preeti Aggarwal whispering to one of her aides, "is factory ki licensing hamare paas hai, isliye hum kuch nahi bol sakte (the licensing of the factory is with us, hence we can't say anything)".

But the issue is not just one of fixing responsibility for licensing and corruption. The fact is that not only are safety regulations violated and firecrackers illegally packaged, workers are denied the right to unionise. Workers who try to unionise are likely to lose their jobs. Women workers are seen as being more amenable to discipline and docility (patriarchal social norms are deployed to discipline them at the workplace). Minimum wages are never paid. And the AAP Government in Delhi, too, has done little to ensure that labour laws, including the right to unionise and minimum wage payments, are implemented strictly. 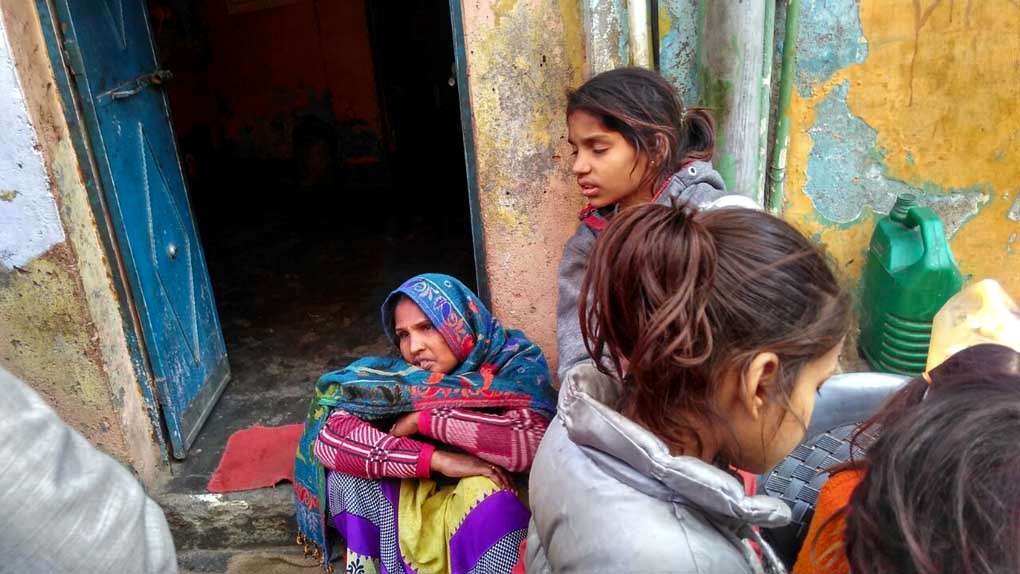 AICCTU comrades visited the Bawana factory in F-83, Bawana Industrial Area on 22 January 2018 and met family members of many workers. Many issues came to light in the conversations with workers working near the factory. The main findings are summarised below.

1. Most of the workers said that more than 17 workers were present in the factory at the time of the accident. Workers working in the area put the number at 45 to 50. A vendor selling tea nearby also reiterated that about 5 pm on that evening around 42 cups of tea were taken inside the factory.

2. People present at the spot also said that no worker was able to come out of the factory because the factory gate was locked from the outside. In Delhi owners often keep factory gates closed, with the result that in case of any accident it is not possible for workers to come out. Earlier also in 2011 there had been the incident of fire inside a factory in Piragarhi where all exits from the factory were closed, causing the death of several workers. In the F-83 factory a well as all nearby factories exits have been constructed only in one direction; hence the possibility of similar accidents will remain a constant danger in the future also. In spite of the horrific Piragarhi fire disaster in 2011 neither any Delhi government, nor any MCD nor any other government organization has taken any steps for the safety and rights of workers. Several cases of fire have even recently occurred in the nearby Narela Industrial Area in which several workers have lost their lives.

3. The day the fire occurred in the factory was a holiday. In their talks with the victim families AICCTU comrades learnt that most of the workers were forced to work even on a holiday for fear of losing their jobs.

4. Some families even said that they had been given no information as to what kind of work the workers are made to do inside the factory. Many workers had, in fact, been told that there would be either plastic work or gulal (colour) packing inside the factory. Neetu, mother of Sonam (killed worker, age 22-23) said that had she known that her daughter would be making fire crackers she would not have allowed her daughter to go to work there; Sonam had been constrained to work in the factory because the family was in debt and undergoing many financial troubles. Sonam’s relatives also said that she ws the main wage-earner among the 6 family members in her house, and her marriage was also going to be fixed in the next 2 to 3 months. Sonam’s younger sister showed her own yellowed hands and said that Sonam’s clothes got so yellow due to working in the factory that her sisters’ hands had taken on a yellow layer because she washed those clothes.

5. Talking to Chintu, son of Baby Devi (killed worker, age about 35) revealed that their family lives in Patna District, Bihar and is dependent on the wages earned here for their livelihood. He also told AICCTU comrades that nobody has so far come to enquire about their condition. Harish, son of Rajjo (killed worker, age 50-55) said that they had so far received no wages for work done in the factory; the factory owner had not given them any identity card, and there is no provision in the factory for ESI or PF. He also told the comrades that the government has not given them any aid for the funeral rites (most of the victim families told us the same thing).

6. Family members of Madina (killed worker, age about 55, from Mauranipur, Jhansi) also said that no aid of any sort has been given to them after the accident. Madina used to work for 12 hours daily in the factory for Rs 5,000 per month. Madina was the only earning member of her family which consists of her husband and 6 children.

7. The family of Rita (killed worker, age minor) hails from Tikamgarh. According to Rita’s brother Dipu she was under 18 years old. Due to the poor financial condition of the family Rita was constrained to work at this tender age in the fire cracker factory. Workers working in nearby factories also told AICCTU comrades that children aged as young as 13-14 were working inside the factory.

9. An average worker works for 12 hours per day and earns Rs 5500 to 9000 per month. Workers who work for 8 hours earn only Rs 5000-5500. Most of the factories do not follow any labour laws. EESI, PF, Bonus, etc are not implemented in any factory. Workers are not given any identity cards. Most of the factories are run in buildings which have only one exit gate. At the time of the accident, the F-83 Factory exit gate as well as terrace was closed.

10. The factories in the entire Industrial Area are being run without any names, owners’ names, and without implementing labour laws. This is not possible without the criminal nexus of the Delhi government Departments (especially the Labour and Industry Departments), the MCD and the Delhi Police. All of these are guilty in the Bawana fire tragedy.

11. The government and factory owners are colluding together in Delhi to snatch away the workers’ right to form a Union. There was no Union in the factory where the fire occurred. There are no Unions in most of the factories in the Bawana Industrial Area, which is why the owners are doing whatever they wish, and workers are dying avoidable deaths.

AICCTU believes that this is no accident but the result of a nexus between government and factory owners, and policies which give more importance to profit-making than to human life. Neither the Delhi Government, nor the MCD, nor the Delhi Police is in any way free of guilt in this tragedy. Industries cannot and should not be promoted at the cost of human lives; but the government has made its stand clear by constantly standing in support of factory owners. However, workers have not borne this quietly till now and will not ear it quietly in the future also. AICCTU maks the following demands: