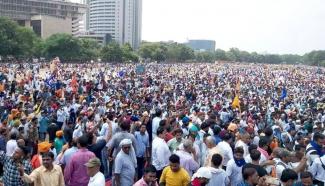 Government must apologise and rebuild Ravidas Temple in Delhi

The CPIML expresses solidarity with the Dalits protesting the demolition of the Ravidas temple and demand release of all the arrested persons including the Bhim Army chief, and withdrawal of all charges.

The temple to Saint Ravidas in Tughlakabad (Delhi) was demolished by the Delhi Development Authority on August 10. Dalits from Punjab, Haryana, Delhi, Rajasthan, Uttar Pradesh and elsewhere marched in tens of thousands in Delhi on August 21 to protest against the demolition.

The protestors raised slogans of ‘Jai Bhim’. They also raised slogans of ‘Mandir Vahin Bayenge’ (We Will Build The Temple There) - the same slogan raised by the BJP in its communal campaign to demolish the Babri mosque in Ayodhya and build a Ram temple in its place. By raising the same slogan, Dalit protestors were pointing to the double standards of the BJP - which demolishes a mosque sacred to Muslims to build a Ram temple, but which also demolishes a Ravidas temple sacred to Dalits.

Police unleashed lathicharge and teargas shells on the protestors, injuring many. Police also arrested Dalit leader and Bhim Army chief Chandrashekhar Azad and detained over 50 others.

Sant Ravidas was a 16th century spiritual leader who is worshiped by Dalits. His teachings were also included in the Sikh holy book Guru Granth Sahib. Sikh followers of Ravidas are called Ravidasiya Sikhs.

The demolition follows a Supreme Court order. But the Dalits point out that their claim to the land on which the Ravidas temple was built is not being respected in Courts, just as the claims of poor Dalits to land is often negated.

BJP Government must apologise and rebuild Ravidas Temple in Delhi and release all arrested activists. 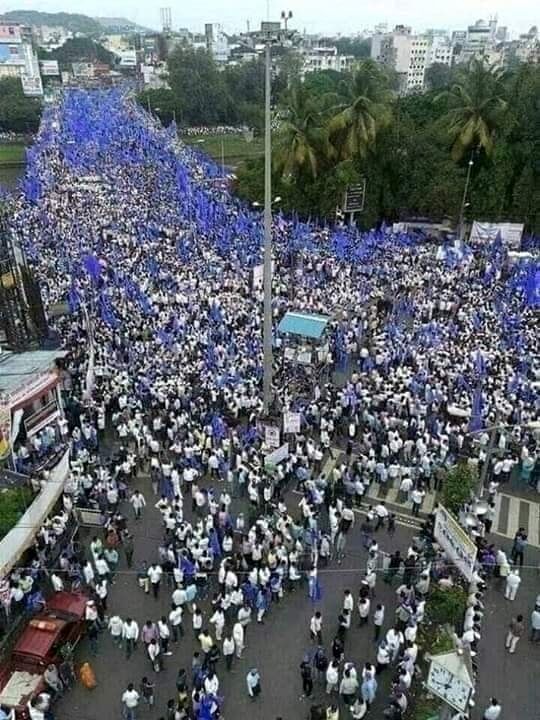