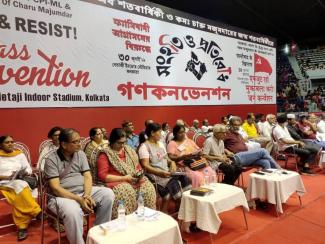 “WE won’t let the communal fascist RSS destroy West Bengal and India” - that was the spirit of thousands of people who gathered to fill the Netaji Indoor Stadium, Kolkata on 30 July 2019, at the ‘Unite and Resist’ Convention. The convention had been organised to mark 50 years of the CPIML, and the birth centenary of CPIML founding General Secretary Charu Mazumdar.

West Bengal has been witnessing the ominous rise of the BJP and RSS, with communal incidents being reported nearly every day in the state. During the elections, BJP cadres vandalised a statue of the social reformer and educator Ishwar Chandra Vidyasagar. This was a symbolic reminder of the BJP’s hostility to Bengal’s legacy of progressive social and political values. In this backdrop, the energy and determination of the Convention was a timely assertion of the resilient spirit of Left resistance. 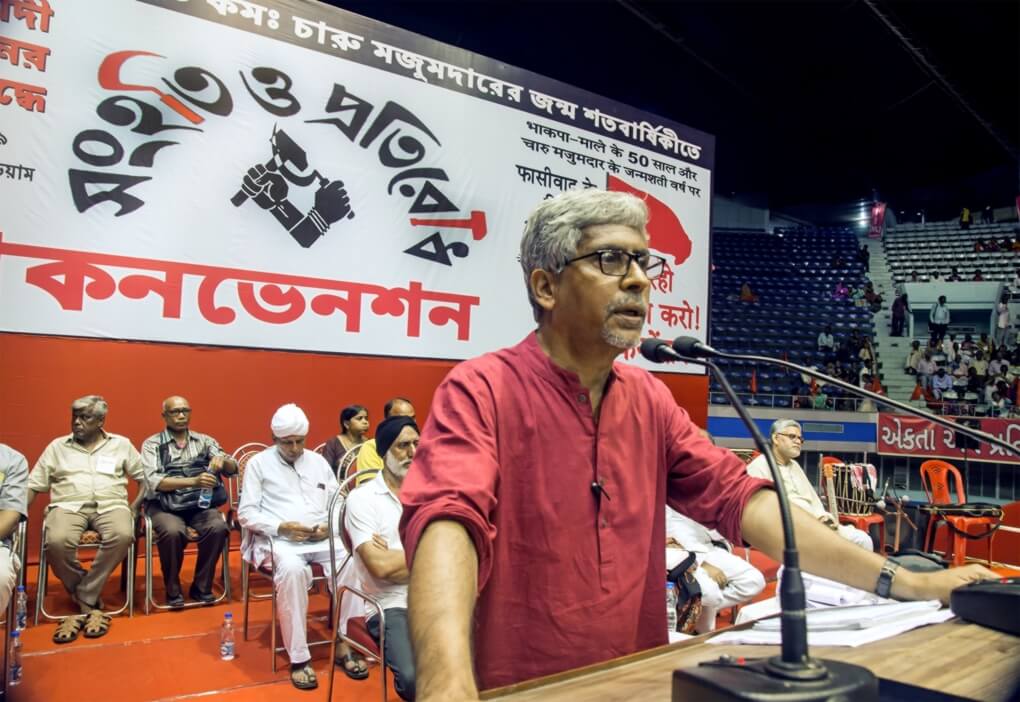 On behalf of the CPIML, Comrades Abhijit Mazumdar, Rajaram Singh, and Kavita Krishnan geeted the participants and guests at the Convention. Right at the outset, Comrade Salim presented a condolence resolution and invited everyone to keep a minute’s silence in memory of the martyrs of the freedom struggle, the communist movement, the CPIML and Naxalbari in particular, as well as the victims of massacres, calamities, and assassinations.

After this, cultural teams from West Bengal, Bihar, Jharkhand, Andhra Pradesh, and Assam together presented ‘Mukt Hogi Priya Matrbhoomi’ (The Motherland Shall Be Free) in many languages. This song was a sort of anthem of the Naxalbari movement, and young people in the 1970s had inscribed its words onto prison walls. As the words ‘India’s people are great indeed/India shall belong to its people’ rang out in so many of India’s languages, the entire Stadium was full of red flags being waved by masses of people. 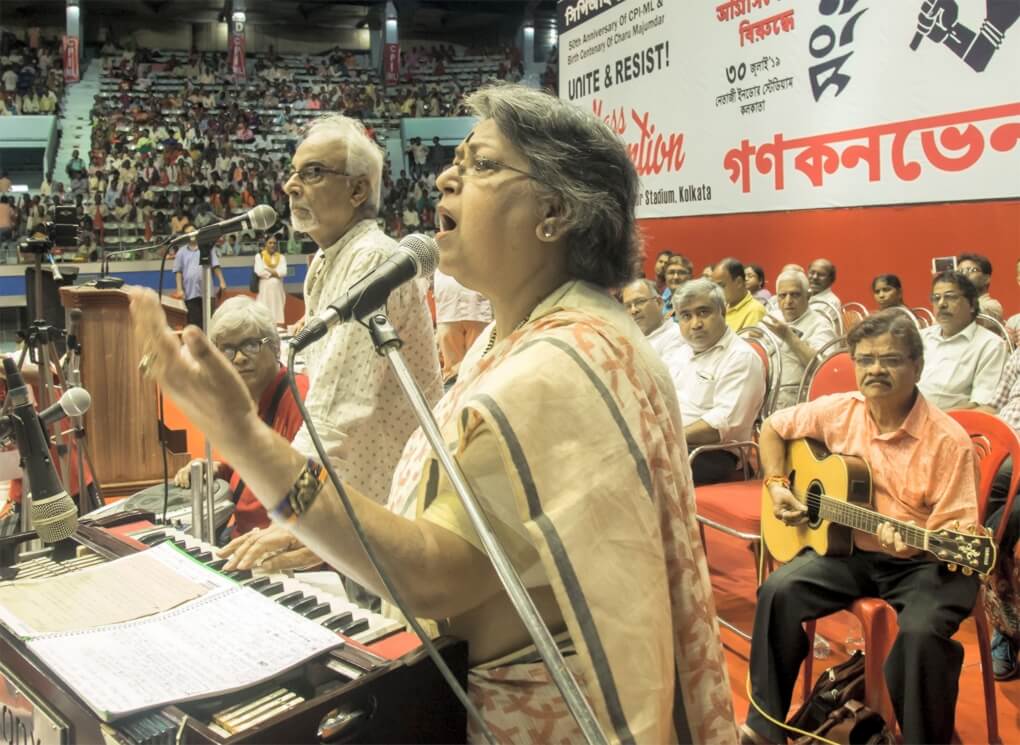 A set of 15 resolutions on some of the most urgent political issues of today were then placed before the house, and greeted with enthusiastic approval. Following this, the acclaimed singer Purabi Mukherjee sang her tribute to Paul Robeson and Bhupen Hazarika, rendering ‘Ol’ Man River’, 'Bistirna Dupare’, and ‘Ganga Behti Ho Kyu?’. She also sang the popular mass song 'Utha hai toofan, jamana badal raha’ (A storm is brewing, times are changing). 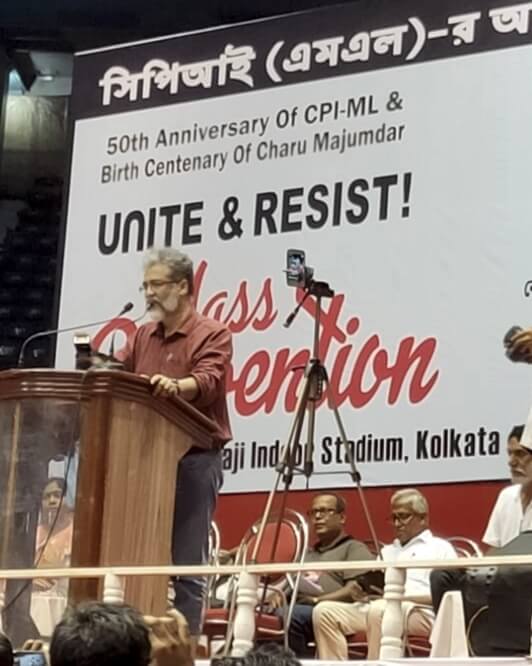 Delivering the inaugural address, CPIML General Secretary Dipankar Bhattacharya said, “We have come here from all corners of India. We speak different languages. We follow different religions. We wear different clothes. We eat different food. This diversity is our collective identity and we are proud of it. We will never allow any organisation, howsoever big, or any government, howsoever powerful, to dictate us what language we should speak, what clothes we should wear, what food we must eat, what slogans we must chant. Our unity is rooted in this diversity and we will not allow anybody to bulldoze us into uniformity and homogeneity.” He added,

Referring to the forthcoming 72nd Independence Day of India, he said, “We cherish the great legacy of our freedom movement, and are determined to expand the frontiers of freedom. Freedom from imperialist bondage must also give us freedom from all kinds of social slavery, oppression and discrimination. The solemn commitment of justice, liberty, equality and fraternity made by the Constitution to the Indian people cannot be mortgaged to khap panchayats and lynch mobs patronised by the state.”

Comrade Dipankar remembered West Bengal’s remarkable legacy as a bastion of progressive values and democratic movements. He expressed the confidence that the state’s people will not allow the BJP to strangle and destroy that legacy. He said, “We are confident that the democracy-loving progressive people of West Bengal will forcefully intervene at this juncture to save West Bengal from being turned into a laboratory of communal hate and fascist terror and vandalism. The Left forces of West Bengal already have the eye-opening example of Tripura and the rampage that has already begun in the state, not to mention the intensifying countrywide assault on democracy that we have been experiencing since 2014. West Bengal has been a bastion of progressive ideas, communal harmony and people's movements for democratic rights and social transformation.”

He ended with the words, “The CPI(ML) began its journey from this city of Kolkata, Comrade Charu Mazumdar was killed in police custody in this very city. Today our Party has turned 50 and we are observing the centenary of Comrade Charu Mazumdar's birth. From the platform of this historic mass convention in Kolkata we renew our pledge for a truly democratic, egalitarian and federal India and extend our sincere cooperation to the entire range of forces fighting for democracy, social justice and people's rights. Let us unite and resist. We shall overcome.” 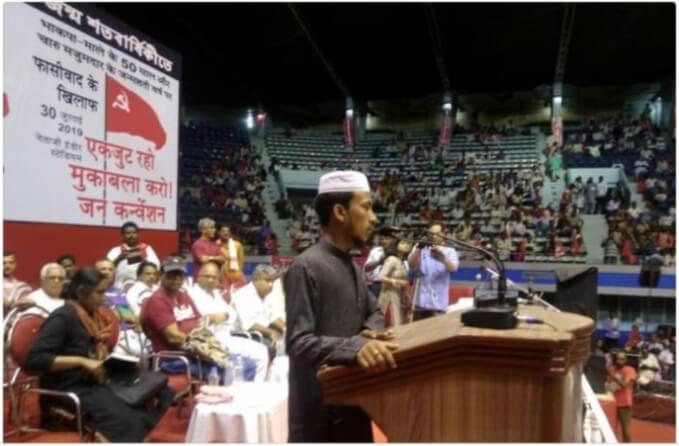 Next, the Convention was addressed by Shahroof Haldar, the young madrasa teacher who was assaulted by a communal mob on a local train and forced to chant ‘Jai Shri Ram’. Shahroof Haldar pointed out that he was one among a growing number of Muslims who were being subjected to such mob attacks all over India just because he wears a cap and a beard. In spite of the communal terror, he expressed confidence that the unity of ordinary Hindus and Muslims would triumph. 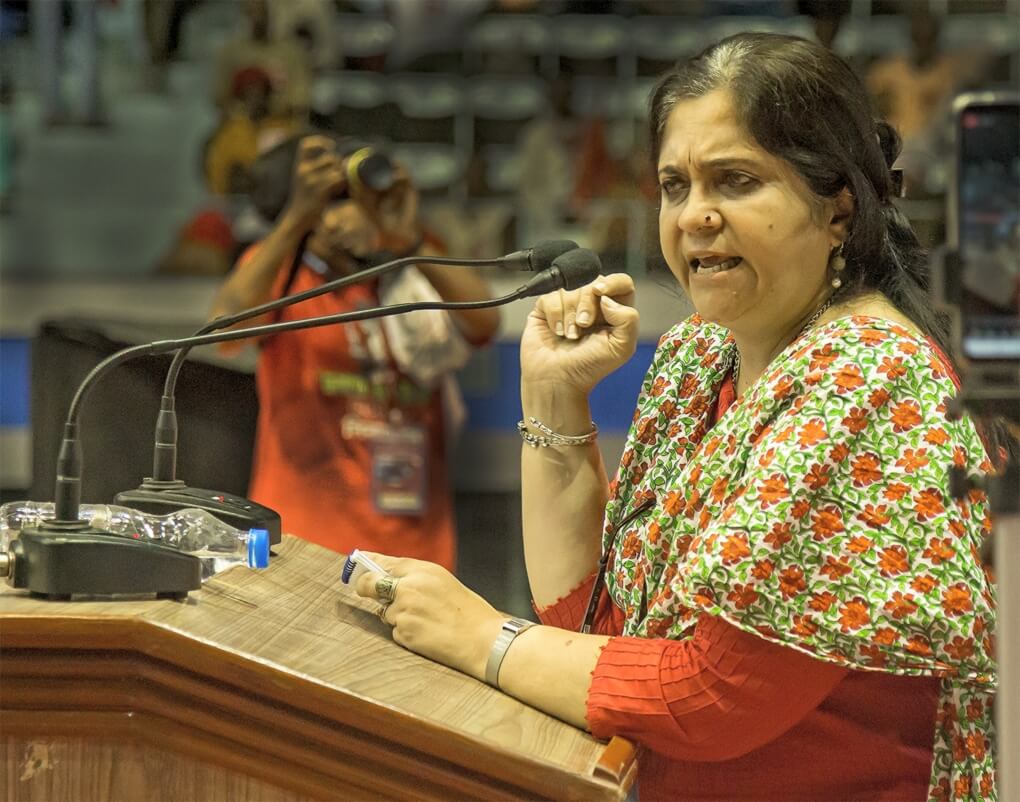 Addressing the Convention, noted human rights activist Teesta Setalvad spoke about the threat to the Constitution and democracy. She said that although the Parliamentary Opposition is weak, and being weakened further through corruption and floor-crossing, the people’s opposition is alive. She remembered the Imam of Asansol whose son was killed in the name of Jai Shri Ram, but who called for peace and unity. She reminded that the RSS betrayed the freedom struggle and colluded with British rule. She referred to BJP’s interference in the NRC process in Assam, the plans to extend NRC to the rest of India, and the Citizenship Amendment Bill as attempts to communalise and divide citizens. 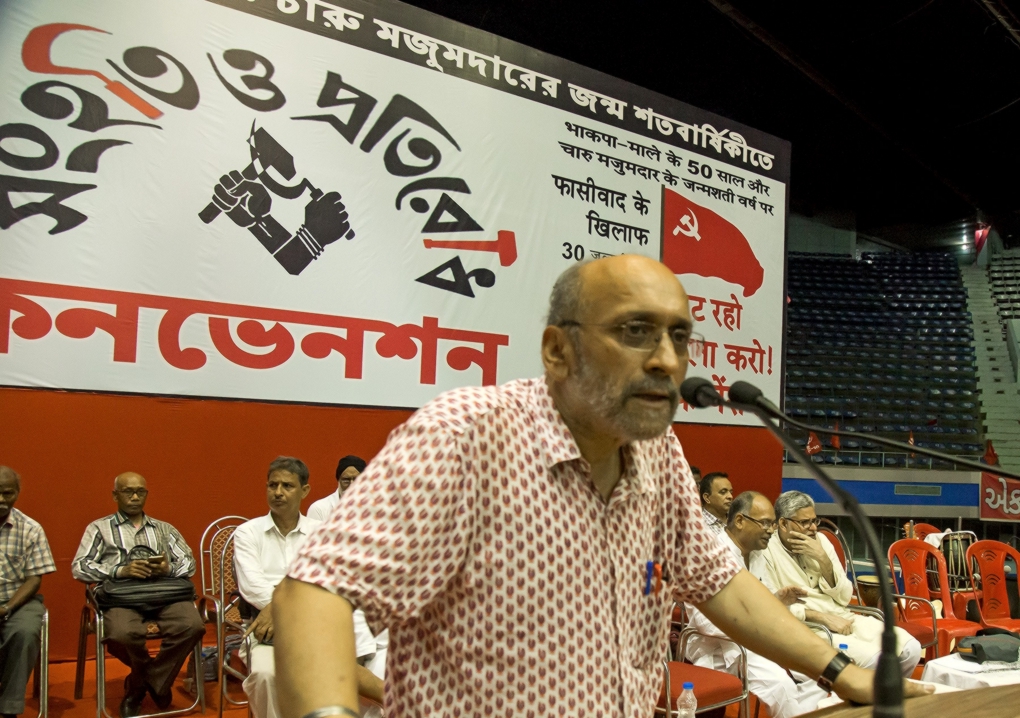 Writer and researcher Paranjoy Guha Thakurta spoke about the crisis of the Indian media today, especially in the Modi-Shah era. Questions posed to the Government, and any dissenting voices are being silenced, and media is allowed to thrive only if it is a ‘tame’ pet of the Government.

The book ‘Resistible Rise of Adolf Hitler: A View From Modi's India’, by Arindam Sen, translated into Malayalam, was released by Teesta Setalvad and Paranjoy Guha Thakurta. 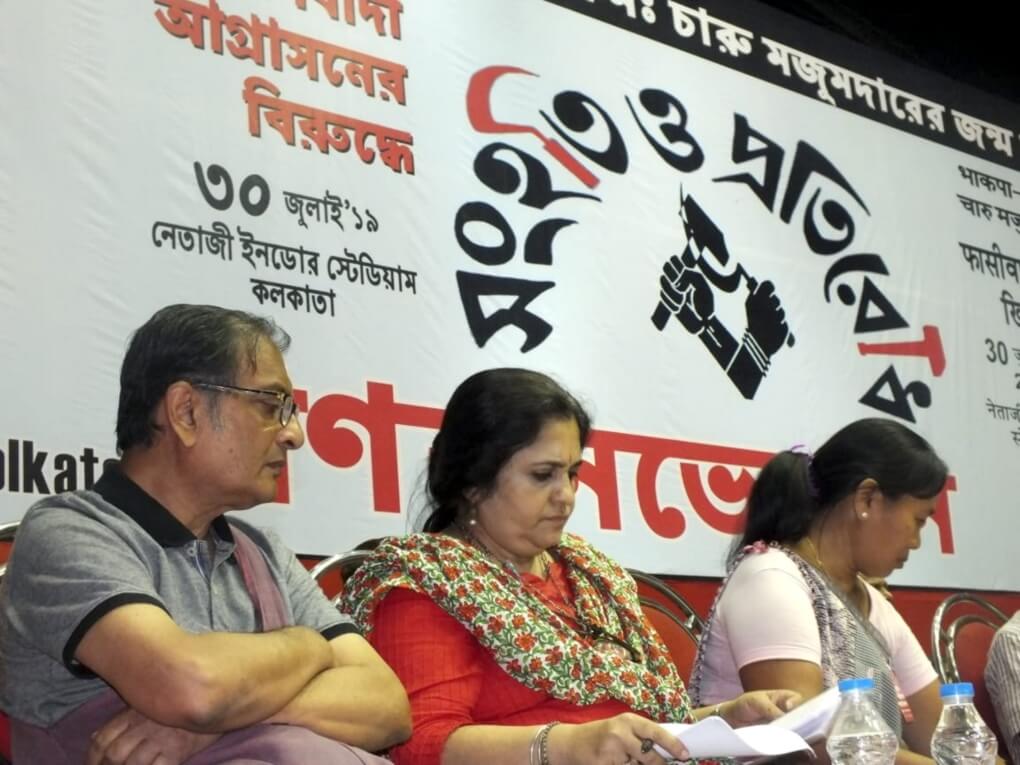