Comrade Dinesh Maurya, member of the party’s Chandauli district committee in Uttar Pradesh, was murdered by criminals at 4 in the evening on December 17, 2012. 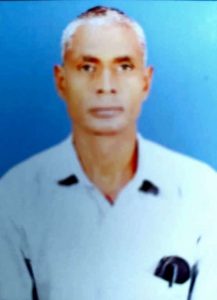 He had been on his way back from the public tribunal in Mirzapur against the loot of adivasis’ forest land. He got down from a bus with his mother-in-law, just inside the Banaras-Chandauli border. One of the criminals was on the same bus and called the killers to the spot. Comrade Dinesh Maurya was flung over the high railings into the Ganga river, and his body was recovered only the next day.

Comrade Dinesh had been active in the party for the past decade. Since the Kisan Mahasabha’s inaugural conference, he had been working on the Kisan front, leading struggles of farmers against the grab of their lands for Rail Freight Corridor and GAIL India’s gas pipe line project.

Comrade Dinesh’s murder is a huge shock for the party. The party will fight to bring his killers to justice and to continue his work as a fitting tribute to him.