Freedom Fighter Against Caste and Patriarchy! 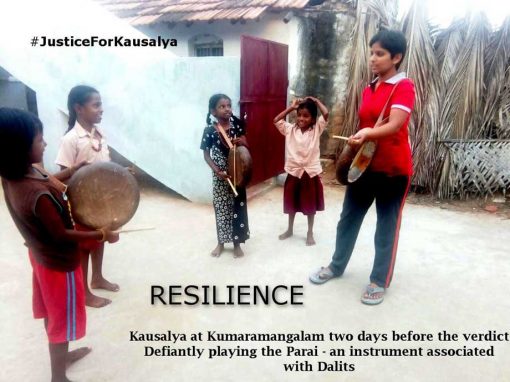 IN 2015, an 18-year-old Kausalya married V Shankar. The couple had met at engineering college, and fallen in love. Both were from Tamil Nadu, and Kausalya’s parents opposed the marriage because Shankar was Dalit and they were from the dominant Thevar community. But Kausalya chose to marry Shankar anyway.

On March 14 2016, Kausalya and Shankar bought a shirt at a shop in Udumalaipettai (for his birthday and for a college function) and walked towards the bus-stand. Suddenly, assailants armed with sickles rode up on motorbikes and hacked at the couple. Shankar died on the spot, while Kausalya was grievously injured. The killers had been sent by Kausalya’s family, to eliminate the couple for defying caste boundaries and getting married. A video of the entire daylight massacre was captured by CCTV cameras.

Kausalya came out of hospital and pursued the case for justice for Shankar against her own family members, embracing Shankar’s family as her own. She battled with depression and suicidal feelings. And then she decided to turn her life around, reading Periyar and Ambedkar, and dedicating herself to fighting caste and patriarchy. She learnt to play the parai drum, associated with the Dalit community. She cut her hair short as a gesture of defiance against gender norms.

On December 12 2017, Kausalya’s father and five others were sentenced to death, one other to a life term, and on to imprisonment for five years. Kausalya said that while she was personally against the death penalty, she was willing to go to the higher courts in case the convicts approached higher courts. She was also willing to appeal in higher courts against the acquittal of her mother and uncle.

Today Kausalya is a familiar sight on her Royal Enfield motorbike – declaring her refusal to live a life of fear. She travels all over Tamil Nadu giving lectures against caste and in support of inter-caste marriage. She makes it a point to reach out to meet and give strength to women like Divya (whose Dalit husband Ilavarasan was similarly killed for marrying her) who have been encircled and trapped inside their own homes now, by the iron grip of caste and patriarchy. 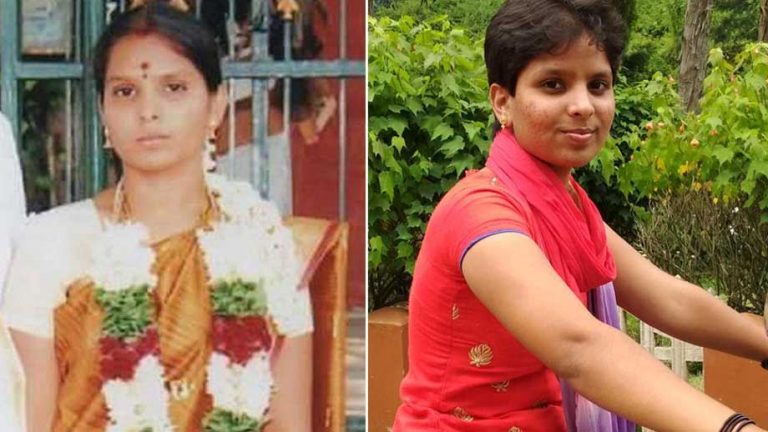 Kausalya’s journey is especially important when one sees how women in similar circumstances – like Divya, like Priyanka Todi, like Bharati Yadav, defied their families initially, but succumbed to family-custodial torture after their husbands were killed. These women had their will broken – Kausalya has shown how broader solidarities of the women’s movement and Dalit movement can help feed one’s will and fighting spirit.

Kausalya, who describes herself as a ‘freedom fighter’, is an inspiration to the women’s movement and the anti-caste movement.