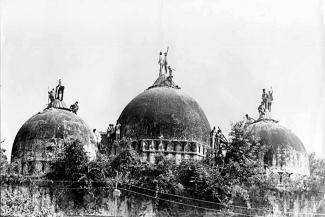 (In the 25th anniversary year of the Babri Masjid demolition, Liberation reflects on the journey from 6 December 1992 to the present – and how impunity for the perpetrators of the demolition and communal violence of 1992 as well as the present position of the BJP in power has emboldened communal fascists and led to brazen atrocities like the videotaped axe-murder of a Muslim man on 6 December 2017.)

25 Years of Justice Delayed and Denied 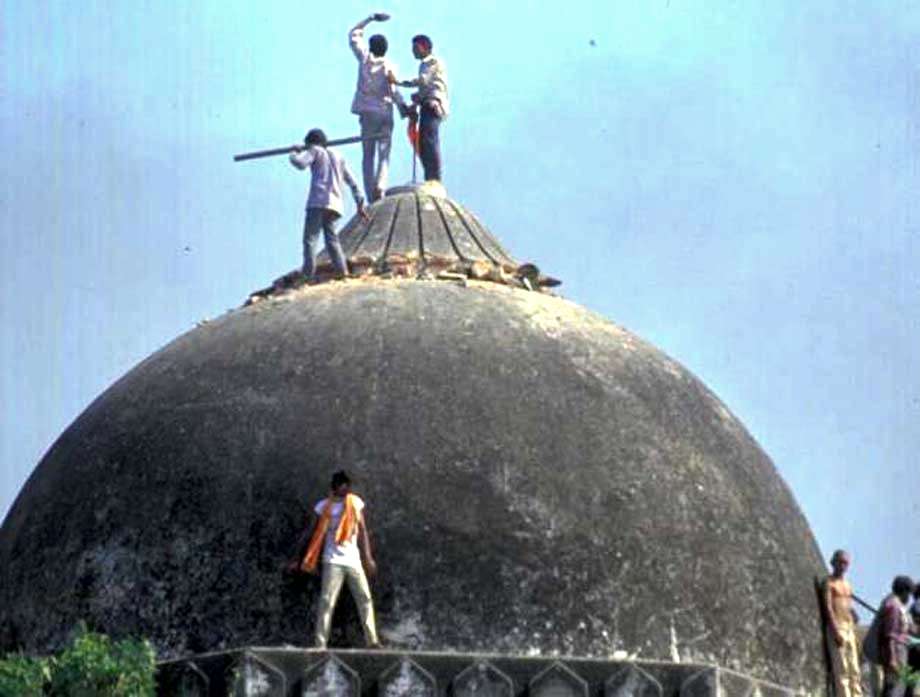 The wounds inflicted on India’s secularism and democracy by the demolition of the Babri Masjid 25 years ago are still raw. And the ongoing push by the BJP Governments and its agents to construct a temple where the mosque once stood is rubbing salt into those wounds.

The findings of the Justice Liberhan Commission of Enquiry had – albeit belatedly – established what was obvious from the start: the demolition was ‘meticulously planned’ and executed with the full collusion of Sangh and BJP leaders including Atal Bihari Vajpayee, Lal Krishna Advani, Murli Manohar Joshi, and Uma Bharti. In the name of the Ram Temple, communal violence was inflicted all over the country on the minority Muslim community. The demolition and communal conflagration was used by the BJP to reap votes and dramatically increase its presence in Parliament.

Not only was the Masjid demolished – in the past 25 years, there has been a sustained effort to demolish the very hope of justice. In May 2017, the Supreme Court directed that Advani, Joshi, and Uma Bharti, would face trial for conspiracy charges in Babri case. But even while that trial is yet to be complete, the Supreme Court has begun hearing appeals to the 2010 Allahabad High Court verdict in the matter of the title suit of the Ayodhya land, that had ordered a three-way division of the disputed 2.77 acre area at Ayodhya among the Sunni Waqf Board, the Nirmohi Akhara and the Ram Lalla deity. Why is Supreme Court rushing to settle the land dispute aspect of the Ayodhya case, before the criminal matter of the violent demolition is settled? By allowing the Babri Masjid to be demolished, the then BJP Government of Uttar Pradesh had broken its solemn promise to the Supreme Court. By seeking to give priority to the title suit dispute over the quest for justice in the criminal act of demolition, the Supreme Court is undermining its own stature. 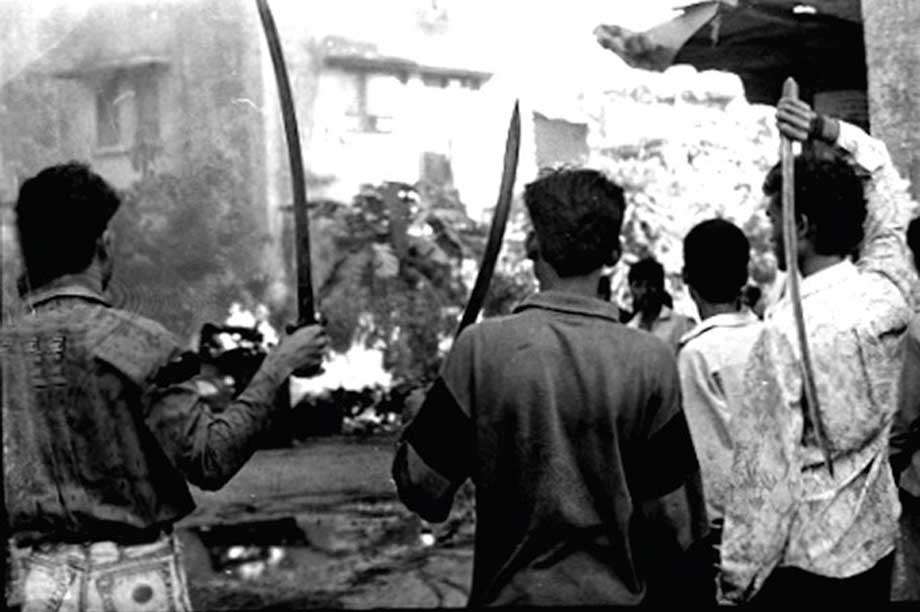 The Babri Masjid demolition – from a Constitutional point of view – is not a mere chapter in a property dispute. The demolition struck at the heart of secular India: by seeking to establish a temple where a historic mosque had been demolished by an RSS mob, the RSS and BJP sought to claim India as a fascist Hindu Rashtra. The demolition of the mosque was a symbolic attempt to destroy the idea of Muslims as a part of the Indian nation. Today, 25 years after the mosque was demolished by a mob, the fascist forces have grown bolder, organizing murderous mob attacks against Muslims every other day, confident of the backing of the Modi Government at the Centre and in many states. Muslims are being attacked on the pretext of ‘saving cows’ – and often, on the mere basis that they are wearing caps or other symbols of Muslim identity. The Sangh celebrates 6 December as ‘Shaurya Diwas’ (Valour Day) and on 6 December 2017, Shambhulal Regar had himself videotaped hacking and burning a migrant labourer Afrazul – and declaring it to be an act of ‘Shaurya’. 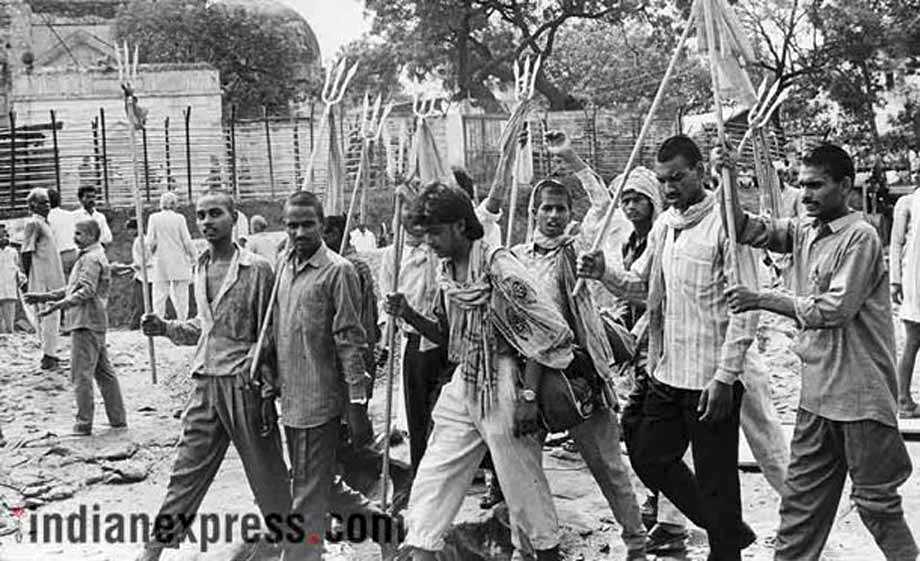 Prime Minister Modi catapulted to power claiming to deliver ‘vikas’ – and using the ‘development’ slogan to mask the BJP’s core communal and pro-corporate politics. Today, even Modi’s bastion of Gujarat is rising up in anger to expose the hollow claims of the ‘Gujarat model of development.’ In the Uttar Pradesh civic poll results show a 10-12 percent drop in the BJP’s vote share from the 42% vote share it had in the UP assembly polls some months ago. The results indicate that the Adityanath Government’s attempts to play up the temple issue and even play communal politics over the Taj Mahal to cover up its abysmal performance on all fronts including healthcare, farmers’ welfare, and women’s security and dignity, seem to have failed. It is in this situation, Modi is resorting to open communal propaganda in a desperate bid to manage a win for the BJP in the Gujarat Assembly polls.

Sangh agents and BJP leaders are now working overtime to try and create a myth of a ‘consensus’ for a grand Ram temple at Ayodhya where the Babri Masjid once stood. It would be a shame, however, for the Supreme Court to allow such a travesty to take place.

The struggle for justice for the Babri Masjid demolition will never be forgotten or abandoned. The perpetrators of the demolition must be punished – and their successors today must be prevented from demolishing secular, democratic India and replacing it with the fascist mob rule called ‘Hindu Rashtra.’

Communal Violence Before and After Babri Demolition 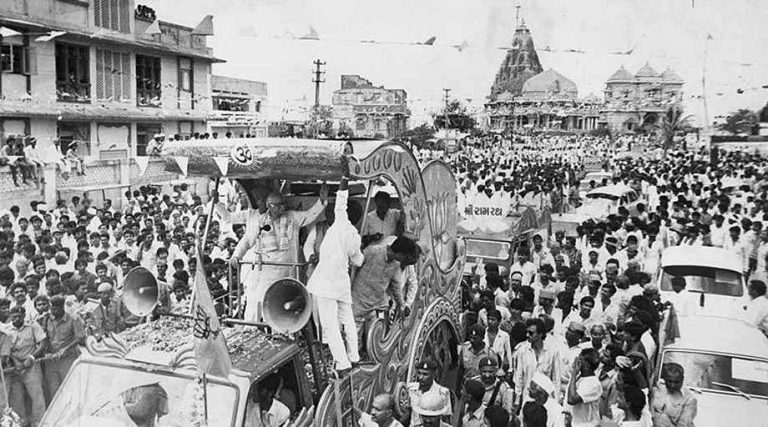 The Rajiv Gandhi Government opened the locks of the Babri Masjid in 1986 – thereby opening the doors for the communal ‘mandir’ campaign. In 1990 Lal Krishna Advani held the Ram Rath Yatra – a political cavalcade that began at the Somnath temple and traversed 10,000 km to culminate at Ayodhya where the BJP began ‘kar seva’ for the temple. Throughout the Rath Yatra (of which, one may recall, Modi was a key organizer), communal frenzies were whipped up.

Immediately after the Babri Masjid was demolished, Muslim homes and places of worship were attacked and Muslims burnt alive in Ayodhya and adjoining areas.

Communal violence soon spread to other areas of Uttar Pradesh and the country. Among the worst sites of the communal violence were Surat in December 1992, and Bombay in December 1992 (in which Muslims protesting the demolition were shot dead by the police) and January 1993 (in which the Shiv Sena and BJP used ‘maha aartis’ to mobilize communal mobs that colluded with police to massacre Muslims).

200 (overwhelmingly Muslim) were killed in Surat, and there were many documented instances of gang rape and at one place, Muslim rape victims were publicly stripped and videotaped.

900 (mostly Muslims) were killed in the Bombay riots and more than one lakh Muslims fled the city. The Justice Srikrishna Committee report documented the role of the political parties including Shiv Sena and BJP and the police in the Bombay riots – but none were punished. 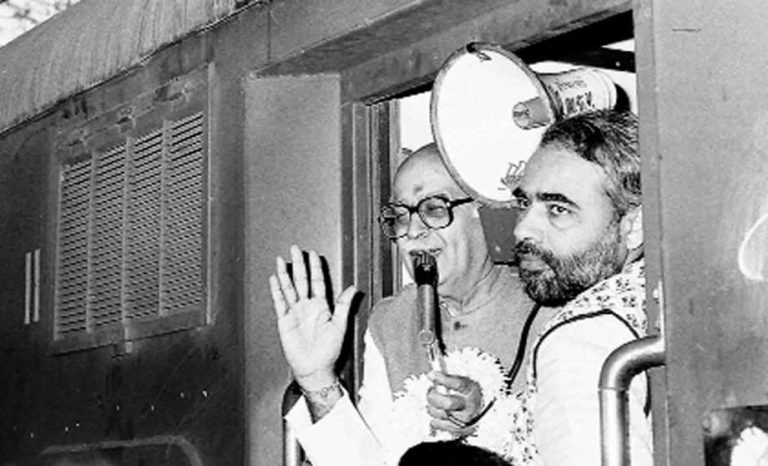 (The following are excerpts from a report by journalist Omar Rashid - The Hindu, Dec 09, 2017 – of the events of the immediate aftermath of the Babri Masjid demolition in Ayodhya. What is striking here is that not only where scores of other mosques and tombs as well as Muslim homes destroyed – but scores of Muslims were killed in brutal ways, many were burnt alive. The Sanghi mobs burnt alive Muslims 25 years ago on 6 December 1992 – just as Shambhulal Regar hacked and then burnt alive Afrazul on 6 December 2017.)

By the evening of December 6, 1992, a mob of kar sevaks had set itself upon Muslim homes in localities around the Babri Masjid, a few hours after it was razed to the ground.

Much of the Muslim population in the town had fled a week prior to the demolition. However, at least 17 persons were killed, over 250 homes and shops gutted, damaged or looted in the mayhem that followed in the narrow gullies near the disputed site over the next 24 hours. Going by local accounts, two dozen mosques and over 100 tombs were desecrated and damaged by the mob.

Mohammad Shami’s brother Fateh was among those killed. Along with his family and a few neighbours, Mr. Shami had taken shelter in a pucca house near a police check-post, as the kar sevaks were setting kutcha homes like his on fire. While the family had a narrow escape, Fateh, who was hiding in the bushes, was killed. Eyewitnesses told his family that he was stabbed before being set on fire.

“We didn’t find his body. We found bones and remains of some charred clothes near a tree. We identified him from the silver ring he wore. He had recently been married,” said Amina Khatoon, Mr. Shami’s wife.

While many were stabbed to death, some suffered extreme brutality. According to local people, a person named Khuda Baksh was stabbed and then tossed into a dry well stacked with hay and set on fire.

The casualties could have been higher that day had it not been for local Hindus like Parag Lal Yadav and his family who risked their own lives to shield their panic-stricken neighbours despite pressure by kar sevaks to identify Muslim homes. Mr. Yadav, who was a wrestler, managed to save four Muslim families by hiding them in his house and in the local park where he was chowkidar. Among those he saved was the family of a Shia landlord Hassanna Haider, who incidentally was a member of the BJP.

Mr. Haider, however, was himself not so lucky. He was hunted down by kar sevaks and put inside a bag of hay and burnt alive, locals said. “He was under the impression that since he was a BJP member and had spoken in its favour from the kar seva stage, he would be spared. That carelessness proved costly,” said Rajesh Yadav, Parag Lal’s son.  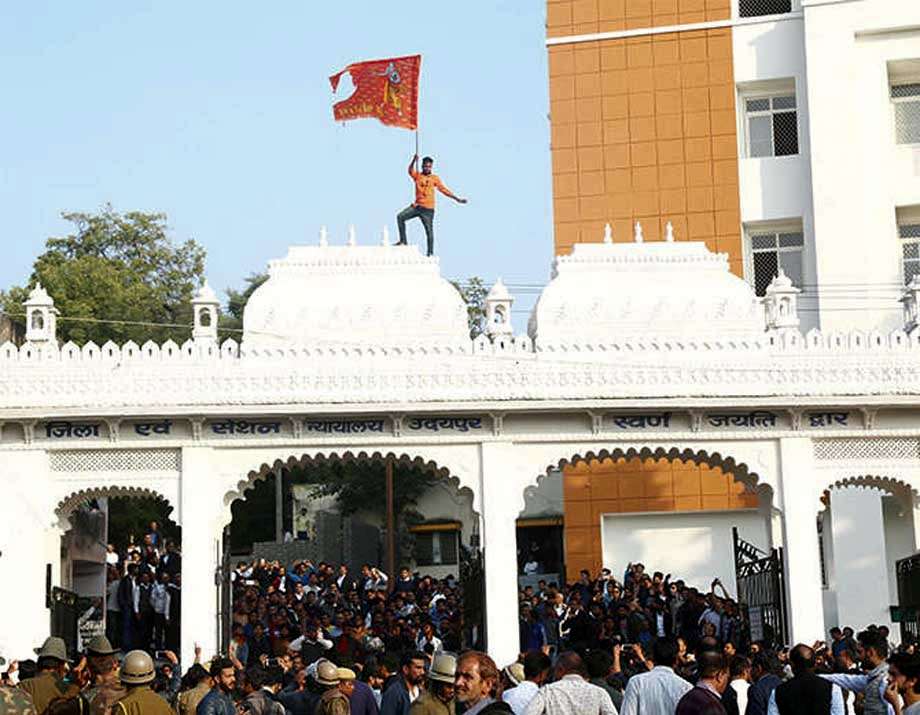