Lessons From Bihar: Excerpts from Interviews With Comrade Dipankar 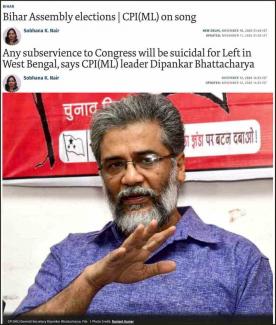 What lessons do the Bihar results hold for the Left in the next round of Assembly elections, especially West Bengal? (Manoj CG, IE)

In West Bengal and Assam, the number one priority of the Left must be to stop the BJP…I think the Left has to get its act together in Bengal. So rather than competing with the BJP in opposing the Trinamool…it should be the other way around. Of course we will oppose the Trinamool wherever necessary, but let us contend with it against the BJP. The BJP has to be recognised as the No. 1 threat to democracy across the country and also inside West Bengal.

Are you suggesting some sort of an understanding with the Trinamool? (Manoj CG, IE)

Well, I am not saying that. I’m saying that first of all, the Left should be very clear that the thrust has to be squarely against the BJP. There cannot be any mix-up. So far, many of the Left parties have been treating the Trinamool as the No. 1 target… Yes, they are in power but (we) should clearly see the writing on the wall. And the writing on the wall is that the BJP is a growing danger in West Bengal.

This election saw a resurgence of the Left parties in Bihar, considering they have been practically written off in the rest of the country. What changed for the Left in Bihar? (Sobhana K Nair, The Hindu)

Writing off the Left because of some electoral weakness and decline is a problem of the mainstream media. As far as the Left is concerned, we have been active in Bihar. These results vindicate two things. One is the continuous work that the Left and our party do on the ground among the rural poor, unorganised workers, farmers, students and so on. There are three Ds on our agenda — Dignity, Development and Democracy. People have developed their own critique of development.

For example, in Bihar, you could see people saying that there can be no jobless development. We have only helped the people in arriving at this realisation and articulating it. We have worked without fear... for example, many parties feel squeamish to talk about the human rights of Muslim youth. The courage to stand for truth and consistent politics is the reason for our electoral victory.

The next challenge for the Left is the West Bengal Assembly poll in April 2021. How will the Bihar results impact the election in West Bengal? (Sobhana K Nair, The Hindu)

The Left should feel inspired because, in West Bengal, the Left all along has been powerful. People think that Bengal political soil is more hospitable for the Left, while Bihar is a more difficult terrain. If the Left can perform in a difficult State like Bihar and in a difficult situation like the COVID-19 pandemic, there is no reason why the Left in Bengal can’t do better. The key to the success of the Left in Bihar is the work done on the ground. It is not someone’s charisma, it is not that someone gave good speeches. It is basically the silent and protracted work carried out by the Left, which paid off.

Which is the bigger political enemy, the TMC or the BJP, in West Bengal? (Sobhana K Nair, The Hindu)

There have been differences of opinion within the Left on the strategy for the West Bengal poll. Your comments. (Sobhana K Nair, The Hindu)

Among the Left parties, we will be discussing to sort out whatever differences there are. In Bengal, the CPI (M) and other Left parties have not been sufficiently alert and alive to the threat the BJP poses there. The biggest worry for me is the way Left votes are declining and the BJP’s are growing at the Left’s expense in West Bengal. The Congress is trying to dominate the Left-Congress understanding in Bengal. I don’t know how other Left parties will respond to that. The Left should reassert itself in Bengal, and its resurgence is not possible in collaboration with the Congress. 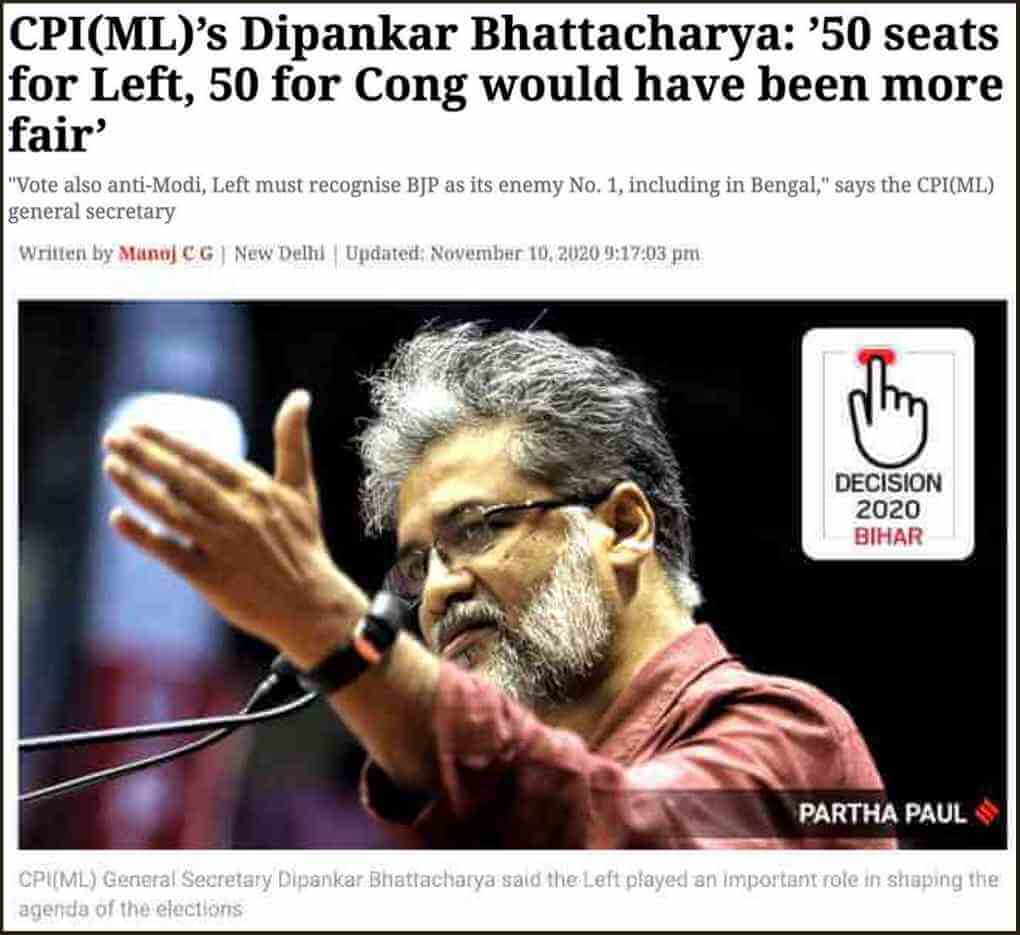