Sikta Victory And The Equal Citizenship Movement at West Champaran 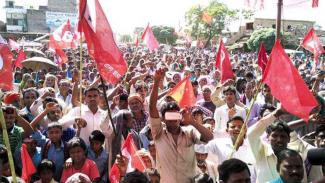 CPIML candidate Comrade Birendra Gupta won the Sikta seat in West Champaran. It was the only seat the MGB won in West Champaran. The candidate who polled a close second was Dilip Verma, an ‘independent’. Varma actually belongs to the feudal Shikarpur Estate which illegally holds hundreds of acres of land and oppresses the poor, and has in the past been a BJP MLA. The JDU candidate Khurshid Ahmad who was also the sitting MLA polled third. There was also an MIM candidate Rizwan Riyazi who polled some 8000 votes.

CPIML, and Comrade Birendra in particular, has been organising struggles of the Dalit and Adivasi landless poor for land, facing attacks on his life by the feudal "estate" landlords. False cases, jail time, abduction and attempts on his life: there is nothing that Comrade Birendra has not faced during these struggles. He is sometimes referred to as the “Robin Hood of West Champaran”, but soft-spoken Comrade Birendra is embarrassed by such terms. He has been forced “underground” in the past because of the many false cases against him. In the past few years, CPIML helped sugarcane farmers in their struggles for remuneration and rights.

But what I wanted to share here is a memory from the movement against CAA NPR NRC in this region, which helps to explain why the CPIML and Comrade Birendra enjoy the confidence not only of the landless poor but also of the Muslim minorities in the region.

In February 2020, Ispentmany weeks in Bihar campaigning for a march to the Bihar Assembly by CPIML against the CAA NPR NRC. We wanted to try and mobilise the non Muslim working class in large numbers alongside Muslims. It was proving harder than some comrades had expected. In our own mass base, non-Muslims tended to be indifferent to the threat posed by the trio. I would attend meetings where comrades would assure me, "All is well, these people will attend the rally". I would ask, "What pushback, doubts, arguments did you face?" If the said comrades replied "None at all", I would tell them I was sure people had not really understood the issue. We would then hold small meetings where I would try and ask questions and listen, and find a "way in" towards a realisation of the threat NPR NRC CAA posed to the non-Muslim poor.

At Bagaha, in West Champaran, Comrade Birendra had organised a Jan Ekta (People’s Unity) Convention on 17 Feb, and he was very confident that it would be well attended by our supporters, mostly non-Muslim landless poor. When I arrived at Bagaha, I could see he was worried and unhappy. The turnout was a fraction of what he had expected. As I had suspected, people had said they would turn up, but had not really felt any urgency to do so. There were about 500 people in the grounds, perhaps less. But of those present, most were women of the Tharu adivasi community.

I spoke there for about 45 minutes, explaining how the CAA NPR NRC worked as a system, and how it affected Muslims and non Muslims respectively. I could see that my audience listened intently. The grounds were close to a market, and the sound system broadcast the speech to the market area. When we were done, I could see Comrade Birendra was still a bit unhappy. Anyway, we moved on to our next destination.

The next morning Comrade Birendra called, much more cheerful. He said he had walked around the Bagaha marketplace close to the grounds where we held our convention, and was pleasantly surprised to find that our little meeting was the talk of the town. Many told him they had understood what CAA NPR NRC was for the first time ever. Someone had recorded my speech and made a CD/pendrive copy of it for circulation! Our Champaran comrades also learned how to communicate the issues better, and eventually a good number of people from there joined the March to the Assembly on 25 February.

Why I shared this long account is to show how campaigning on CAA NPR NRC among non Muslims, while difficult, was not just a morally right thing to do - it is also politically rewarding. It vaccinates people against the most virulent strains of communalism, at the very least. And at best, it creates a solid ground for progressive politics, that can stand its ground better than most parties whose politics of social or economic justice is built on shifting pragmatic sands, and is shorn of any issues of political justice (equal citizenship is, after all, the paramount question of political justice). In Sikta, it helped the CPIML and Comrade Birendra get the confidence and votes of Muslims, and significantly restrict the effect of communal propaganda among Hindus. 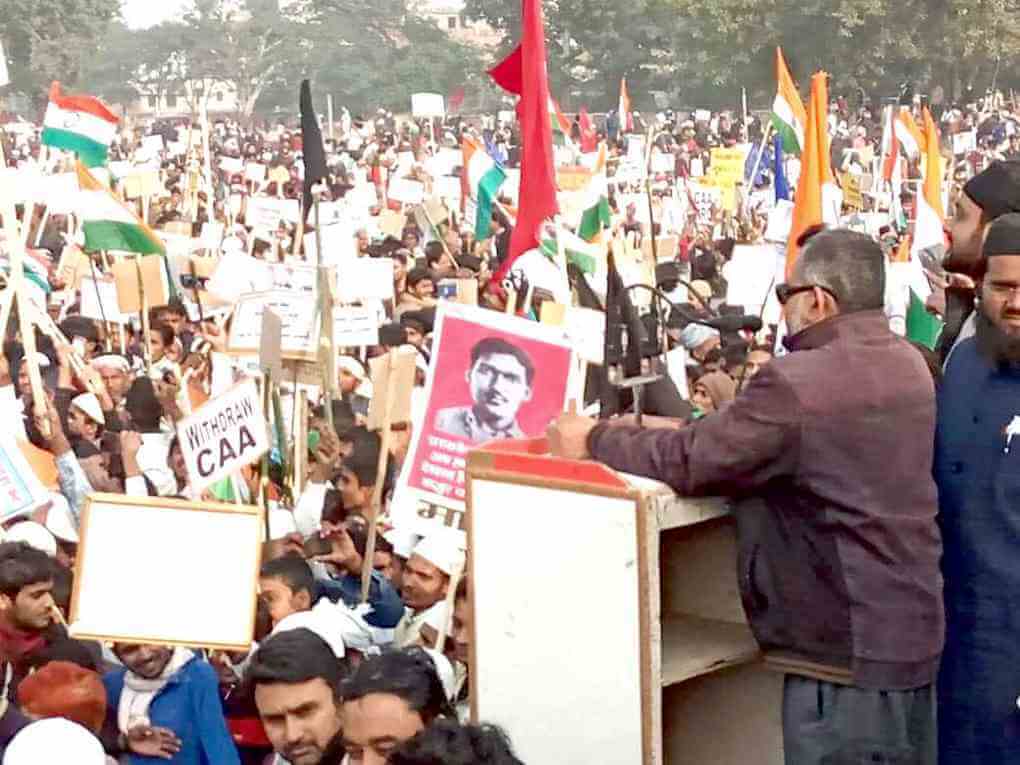