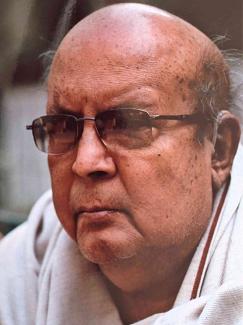 Professor DN Jha passed away on February 4, 2021. He was a fearless colossus of a historian, who refused to be quiet on historical facts (such as evidence of beef-eating in the Vedas) even in the face of death threats by Hindu supremacists.

In an introduction to his book The Myth of the Holy Cow, he wrote that an Indian publisher developed cold feet on the eve of publication. “Shortly afterwards, I began to get threats from unidentified callers asking me not to go ahead with the publication. Undeterred by all this Matrix Books, a new enterprising publishing house based in Delhi, mustered enough courage to publish the book promptly in the first week of August 2001. But some right-wing politicians and groups of religious fanatics, without reading a single page, termed it ‘blasphemous’, demanded my arrest and succeeded in obtaining a court order restraining the circulation of the book, and a self-appointed custodian of ‘Hinduism’ even sentenced me to death. The book was therefore published abroad by Verso (London).”

In Dr Jha, India has lost a public intellectual with the mettle to fight the fascists who are assaulting free speech and scholarship today. But his work is still with us, and will continue to shine the light of reason for us all.