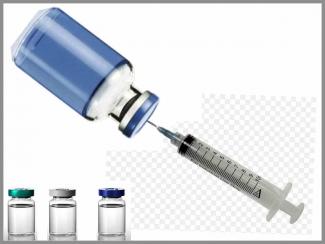 On the evening of 21st June, the airwaves were abuzz and the Modi government’s pet anchors were hyperventilating on prime-time television over the ‘record free vaccinations’ of 86 lakhs that were administered on that particular day. Ministers in the Modi Govt lost no time in announcing the record on their social media handles, attributing the numbers to the first day of the Centre taking back charge of Covid vaccinations from the state governments. As night fell and dawn broke, the layers around the propaganda of ‘record free vaccinations’ started to peel off.

To begin with the ‘record’ itself was hardly a record. In 1997, 12.7 crore (1270 lakhs) children were given polio vaccine doses in a single day and in 1998, 13.4 crore (1340 lakhs) in a single day. The polio vaccine is an oral one and the covid vaccine has to be administered through an injection, so both are not perfectly comparable, but there is still no doubt that the polio vaccinations on such a huge scale were a challenging achievement recognised around the world. For the Modi Govt to spin 86 lakh Covid vaccines in one day as “unprecedented” was dishonest and purely a PR stunt.

As data has emerged it has become clear that this ‘record’ was not ‘natural’ but was engineered and manufactured by the BJP to suit their propaganda. BJP ruled states purposely went slow on vaccinations leading up to 21st June, hoarding up vaccinations so they could show a surge of vaccinations on the 21st. India's daily production of vaccines is just about 25-30 lakh doses per day – so a “record” of nearly 90 lakh doses in one day could only be achieved through deliberate and planned hoarding and slowdown.

As analysed by the Scroll, in BJP ruled Madhya Pradesh, the slowdown started from 17th June itself. The average number of doses administered per day between June 13-June 16 was more than five times the average of 40,446 doses delivered between June 17-June 20. On the 20th of June, a day before the ‘record breaking day’ only 692 vaccine doses were delivered! On the 22nd of June, i.e one day after the ‘record day’ only 3957 doses were delivered in MP. Similarly other states like UP delivered more than 7 lakh doses on the 21st of June but only about 9000 doses on the previous day. The previous day i.e 20th June was a Sunday, which generally sees a decrease in the number of doses delivered. But even so the number was 35% less than average number of doses delivered on previous Sundays. So clearly the gameplan was to slowdown the number of doses so that there can be a sharp increase on the 21st of June. Similar trends are also clearly visible in other BJP ruled states like Gujrat, Karnataka and Assam. A similar surge is not visible in non-BJP ruled states of Maharashtra and Rajasthan clearly pointing to the manufactured nature of this so-called record.

Even after the death of millions of people due to the virus and medical negligence the BJP and the Modi Govt continue to put PR and narrative management before people’s lives. The conscious slowdown of vaccination to manufacture the record has meant that many who could have got the vaccine did not get it and thus risk death or severe illness. Let us not forget that the Modi Government reversed its vaccination policy after huge protest from the political opposition, the general public and a scathing order from the Supreme Court. While Covid vaccination is free all over the world, Indians are still paying sums from Rs 700 to Rs 4000 for Covid vaccines.

The Modi and BJP regimes appear to have learnt little from the devastation the country had to suffer on account of the second wave and has gone back to their usual modus operandi of spin, bluster and narrative management to keep Modi’s image intact even at the cost of putting lives of ordinary Indian at danger.