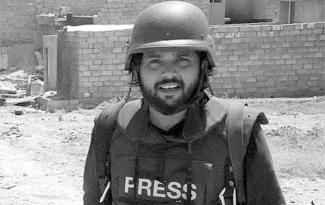 Pulitzer prize-winning Delhi-based photographer Danish Siddiqui was tragically killed by the Taliban in Afghanistan. He had been covering Taliban atrocities and the ongoing war there. Siddiqui's work captured the most enduring and haunting images of every recent crisis in India and South Asia: the Rohingya refugees; the CAA protests; the Hindu supremacist shooter at Jamia; the Hindu supremacist mob beating a Muslim man to death; the migrant workers walking home during the lockdown; and the mass funeral pyres during the Covid second wave in India. We pay our respects to his memory and legacy.