Skip to main content
Call 25 July 2021
The Pledge of July 28: Get ready for a more decisive phase of people's movement against the fascist Modi-Shah regime! 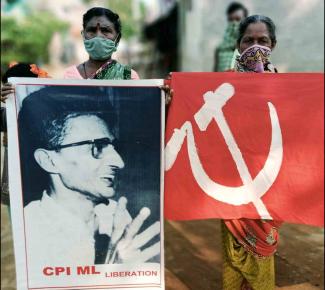 July 28, 2021 marks the 49th anniversary of the custodial killing of Comrade Charu Mazumdar and 47th anniversary of the reorganisation of the CPI(ML). Even as nearly five decades have elapsed since those early years of the stormy 1970s that culminated in the infamous 1975 Emergency, the Indian state is once again back to the repressive repertoire of the Emergency era, on a scale that even puts the cruelty and coercion of the colonial period to shame.

The repression is so pronounced that even courts are having to remind the Modi regime that indiscriminate repression is incompatible with the constitutional framework of democracy. Delhi High Court underlined the centrality of the right to dissent and protest to democracy. Supreme Court has asked the government why it needs the colonial era Sedition Law after seven decades of Independence.

The demand for the release of political prisoners and the scrapping of draconian laws like the colonial era Sedition Act or the post-colonial UAPA has once again started animating the public discourse. Together with the other key questions of the moment like the repeal of the discriminatory citizenship amendment and disastrous farm laws, rollback of the new labour codes and restoration of labour rights, halt to privatisation and price rise, creation of jobs and increase in wages, compensation for every Covid death and guarantee of healthcare and education for all, these demands constitute the core democratic agenda for the present situation.

As the Modi government with its reshuffled jumbo cabinet gets ready for its monsoon session agenda of new bills, the opposition in the country, the movement on the streets as well as the opposition parties in the parliamentary arena, especially the Left forces, must also mount a more decisive phase of resistance.

Party committees and members must respond with full vigour to this new situation.

For the second successive year, we find ourselves faced with the Covid19 pandemic and its fallouts, especially varying degrees of lockdown and restrictions. We have lost several comrades in this period and many are still suffering from post-Covid complications. This situation has put a brake on many of our conventional activities and modes of assembling and agitating. Yet we managed to undertake many effective campaigns by combining digital and physical initiatives. As the pandemic period lengthens and uncertainty prevails about ‘restoration of normalcy’, we must continue to find innovative ways of stepping up our active role and expanding the reach of our movement.

Comrade Charu Mazumdar’s last words – of upholding the people’s interests and keeping the Party alive by all means – inspired and guided us through the setback of the 1970s. The same spirit must continue to drive us in facing up to today’s challenging situation where we have to counter the lethal combination of Modi 2.0 and Covid 2.0. There must be no room for passivity and inaction as we get ready for the coming battles on different fronts and carry forward the movement and the party in keeping with the demands of the situation.