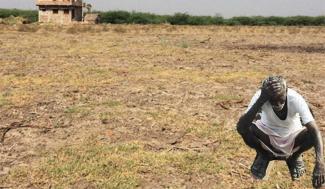 YET HOW SHAMEFUL THAT...

In 2011–12, average wage in India was Rs 247 / day, average wage of casual workers was Rs 143 / day. Daily wages in rural areas = half of wages in urban areas, and average daily wages of casual rural female workers the lowest, Rs 104/day. In light of highly depressed wages, distress migration from rural areas will only add to further depressing the wages.

The agrarian crisis needs to be addressed for those whose livelihood depends on farming. Such upheaval as being currently witnessed in rural India cannot leave its cities untouched. As distress migration from rural India continues unabated, and intensifies, the pressure would be as much on urban India.

The very model of our social, economic, and perhaps political organisation, is under threat.

It would be myopic for anyone to feel insulated from the rural tragedy that is unfolding right now.