Skip to main content
Feature 24 December 2018
Save Our Farmers 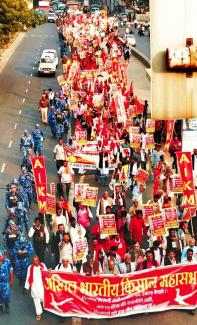 INDIA'S production of food grains has been increasing every year and though the yield is lower as compared to other top producing countries such as China, Brazil and the United States, India is among the top producers of several crops such as wheat, rice, pulses, sugarcane and cotton . It is the highest producer of milk and second highest producer of fruits and vegetables .

In 2013, India contributed 25% to the world’s pulses production, the highest for any one country, 22% to the rice production and 13% to the wheat production. It accounted for 25% of the total cotton produced, besides being second highest exporter of cotton for the past several years.

Who Is Toiling To Grow This Record Production And At What Price?

The calculation also shows that 100 days of employment, even if provided by MGNREGA, would not nearly suffice to ensure a poverty line level of earnings for a large majority of rural labour households.