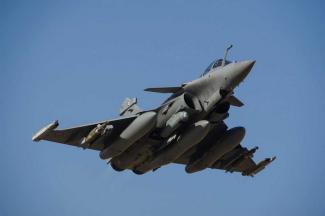 A Supreme Court bench headed by CJI Ranjan Gogoi has dismissed a PIL requesting a CBI or SIT enquiry into the Rafale deal. The Supreme Court held that it lacked the Constitutional scope to review the pricing aspect of the Rafale Deal. By holding that the SC lacks the powers to review the pricing decisions made in the Rafale Deal, the SC is not giving a ‘clean chit’ to the Modi Government - Parliament, the Press and the public still very much have every right to demand answers from the Government on pricing and procedural aspects of the deal.

But the SC verdict is also deeply flawed, repeating factual errors which are easily disproved, and ignoring or skating over several procedural and substantive issues.

The SC has embarrassed itself deeply by accepting and repeating a glaring factual error: that Mukesh Ambani’s RIL (with whom Dassault had a deal in 2012) is the “parent company” of Anil Ambani’s Reliance Aerostructure, a fledgling company with no defence experience, which was awarded the deal instead of the PSU HAL in a suspicious last-minute decision. BJP leaders and the Dassault CEO have been peddling this lie in an attempt to create a cloud of confusion. It is inexcusable that the Supreme Court fell for this confusion tactic without attempting to verify and clarify the facts.

Another glaring factual error in the SC verdict is the claim that the pricing details of the rafale deal were have been shared with the CAG, and that a CAG report on Rafale has been examined by the Public Accounts Committee (PAC), which in turn placed a redacted portion of this CAG report before Parliament, and in the public domain. PAC members have stated that no CAG report of this nature has been submitted to them, or by them to Parliament.

It is dangerous for democracy when two of its most important pillars - the Press and the Supreme Court - accept Government claims in blind faith without due diligence and scrutiny.

The SC has also chosen to focus narrowly on pricing alone - and ignore the more important issues of glaring violations of procedures by the Government in its last minute scrapping of an earlier deal to replace it with a new and questionable one.

Certainly, the Parliament, Press and public must not accept the BJP’s claim that the SC has given the Rafale Deal a “clean chit” - and must demand answers and probe facts. At the same time, it must be acknowledged that it is unacceptable and inexcusable for the Supreme Court verdict to repeat provably false assertions by a Government which is implicated in a major defence scam and scandal.