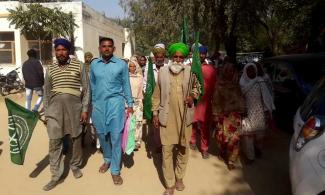 (This factsheet was prepared for Nation For Farmers by Prof. R. Ramakumar of TISS and is based on the extensive work he has done in this field)

AFTER about 25 years of financial liberalisation, rural and cultivator households are worse off and deeper in debt. This is clear from the All India Debt and Investment Survey (AIDIS) reports of 1992 and 2013. The surveys are conducted by the National Sample Survey Office of the Government of India.

A rise in the share of indebted households need not be terrible in itself. But in this period, it occurred alongside a rise in the debt-asset ratios (which show the extent to which debt is a drain on the value of owned assets) of those households. In 1992, the debt-asset ratio for rural households was 1.78, which rose phenomenally to 3.2 in 2013. For cultivator households, it rose from 1.6 to 2.8 in the same years. Thus, the data point not just to a higher share of indebted households, but also to an intensification of debt burdens.

Indebtedness, particularly from the informal sector, has been recorded as one of the most common factors amongst those driving the suicides of thousands of farmers.