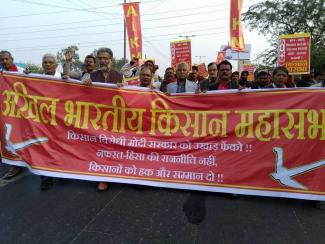 ASSEMBLY elections are on in 5 States. These are States where there has been constant repression of farmers. Farmers have been dying on the streets. Bullets were fired on farmers at Mandsaur in Madhya Pradesh and it was after that martyrdom that today’s farmer-unity has been built. The demands of the farmers should have dominated the elections in all these 5 States, but the media is focusing on other things. Most of these States have BJP governments, and the talk is centring on Hanumanji’s caste and people are being questioned about their Gotra. We have come here to say that the hard-working farmer belongs to the Worker Gotra; and you, the rulers of India today, are the progeny of the Hitler-style dictatorship which the entire world has discarded. The extensive unity, strength, and courage that we see here today are the need of the hour. 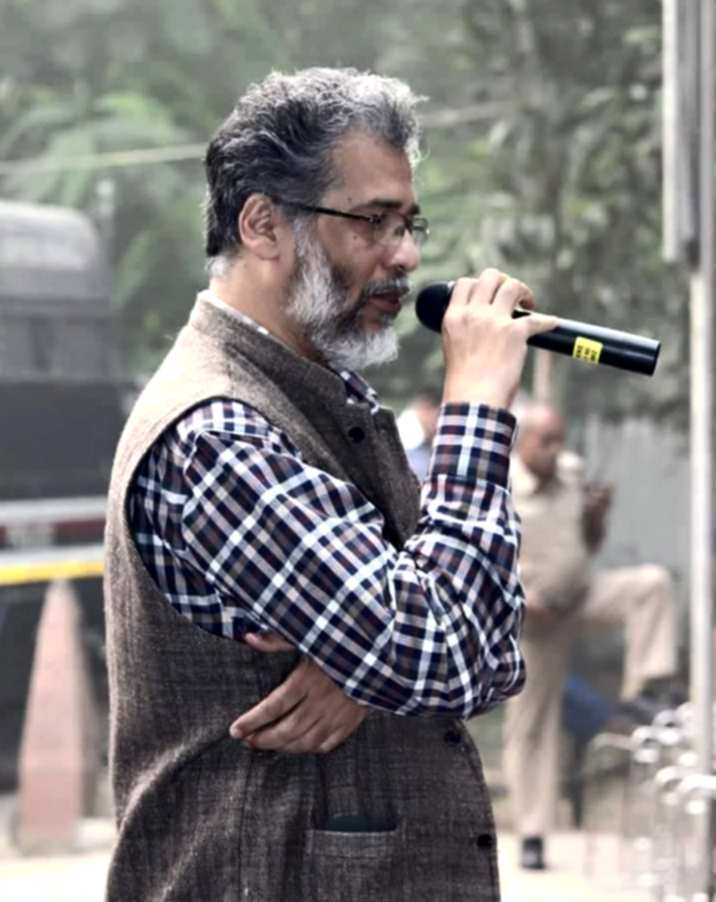 I believe that we get this unity, this strength, this courage from the farmers. The whole country is reeling under skyrocketing prices, but farmers are not getting the due price for their crops. Their lives have become cheap. The issue of farmers’ suicides could not change our country’s policies today.

Friends, you have taken the absolutely right decision that if the country’s policies are to be pro-farmer, this must be stated in the election manifestos of political parties. At the same time, there has to be a change in the country’s politics; a change centring on farmers, workers, women, and the students and youth who are the builders of the country’s future. For such a political change, we need to take our struggle to further heights. Elections will be upon us in the coming days. You have decided that in the coming elections, it is the farmers and the workers who will speak. The voice of the common people of the country will be heard strongly. It is time for the exit of those who constantly made and implemented anti-farmer policies. Therefore, this meeting is a warning to those people and also the knell which tolls their exit. In the coming future, they who have the welfare of the working class at heart shall rule the country.

It has been rightly said that they must be defeated as well as frightened. They should definitely be afraid of the workers of the country, the common people of the country, and the democratic will of the people. These governments want to make us afraid, whereas in a democracy it is the government which should be afraid of the people. The government should be afraid of the voice of truth, by honesty, by the voice of the working people. Let our movement engender that fear. We know that these policies against which we are fighting are not newly made policies. The policies of privatisation have been imposed on us and the country has been handed over to corporate houses. Jal-jangal-jameen (forest, water, land) in this country are being snatched away from us, our livelihoods are being snatched away from us and handed over to a handful of capitalists. This has been happening for the past 20-30 years.

Therefore, workers of the country are also uniting with this fight of ours. In the coming New Year on 8-9 January organised and unorganised workers from across the country have declared that they will hold a 2-day All India strike. Just as you have spoken to the whole country through this 2-day march, so also the workers will speak to the whole country on 8-9 January 2019. I appeal to you to stand with the workers and extend the full support of farmers to the workers’ struggle in the same way that they have stood solidly in your support. Thus an extensive and strong unity will be built among the working classes of the country. It is this unity which they want to break through divisive issues like the Mandir issue.

In the South, they have got a Mandir issue in Sabarimala. The Supreme Court has declared that women have the right to enter Sabarimala, but they do not want to allow this. Here they have got Ayodhya. Whenever elections come, they raise the Ayodhya issue. On 25 November last, they flew from Maharashtra in Ambani’s plane and landed in Ayodhya to talk about making a temple there. When workers from Uttar Pradesh go to Maharashtra, when workers from Bihar go to Gujarat, they are brutally beaten and driven away. Today those same leaders fly to Ayodhya in Ambani’s airplane and want to create a ruckus there. But Ayodhya rebuffed them. Their Ayodhya campaign was a failure and farmers have arrived in Delhi to raise their voices for their rights.

In the days to come, the country’s politics shall not revolve around the Mandir issue. The politics will centre on farmers’ issues, workers’ rights, women’s freedom and equality, and the question of the future of students and youth.

It is the greatest achievement of the movement which has been in progress for the past one and half years that more than 200 farmers’ organisations have been brought to this common platform. It is my belief that this extensive farmers’ unity which has become a political force in the country will become the biggest force in fighting fascism and dictatorship in the country to save democracy and the Constitution. I salute all my friends for building and nurturing this force. Jai Bhim, Lal Salam!