(The AIARLA Conference honoured Comrades Shah Chand, Virendra Vidrohi, and Manju Devi - all of whom sacrificed their lives for people’s struggles against feudal forces. Here are brief profiles of these remarkable figures - more detailed profiles can be found on our website. - Ed/-) 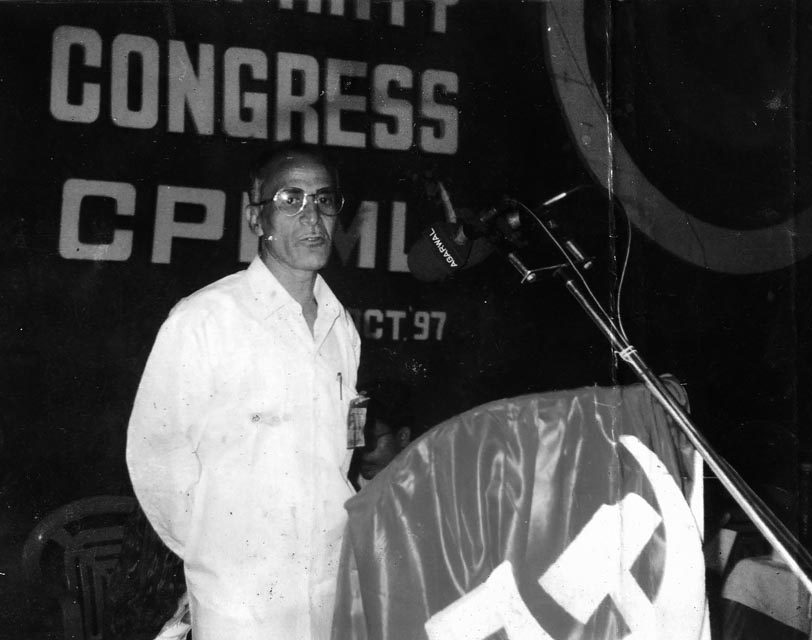 Sentenced to life imprisonment by a TADA Court in Jahanabad in 2003, Comrade Shah Chand spent the last twelve years of his life in Bihar jails, passing away in custody on 2 November 2014.

In April 1986, police opened fire on a peaceful assembly of landless people at Arwal and gunned down unarmed men, women and children, re-enacting the horror of Jallianwallabagh in post-colonial India. Brutal police repression and feudal violence became the hallmarks of Congress rule in Bihar in the 1980s. This was also the period that witnessed the beginning of the rise of the BJP amidst an aggressive communal mobilisation. As the popular ‘mukhiya’ of his panchayat and a leader of the Indian People’s Front and CPI(ML), Comrade Shah Chand emerged as a powerful symbol of people’s aspiration and assertion for peace and harmony, dignity and justice.

The growing popularity of Comrade Shah Chand unnerved the feudal power structure – an old 1989 case in which Shah Chand and many other comrades had been falsely implicated was revived under TADA and in August 2003 the Jahanabad TADA court convicted him along with thirteen other comrades and sentenced them to life imprisonment.

Comrade Shah Chand’s body was ravaged by the harshness and institutionalised harassment of prison life, but his revolutionary spirit and innate human warmth and compassion remained unshaken till the end. All through his incarceration he exposed the systematic violation of jail manual and human rights and fought for the rights of fellow prisoners.

Comrade Virendra Vidrohi Is Alive In The Fighting Spirit of Youth 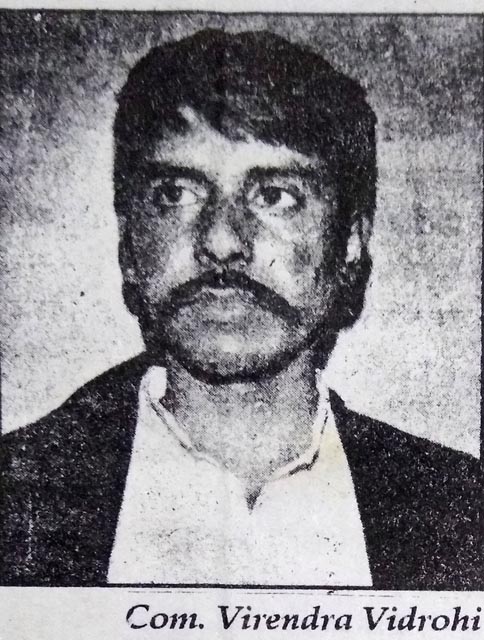 Comrade Virendra Vidrohi, a symbol of militant activism and cultural vibrance of a whole generation of radical youth in Bihar was shot dead by (Maoist) MCC miscreants in broad daylight at the marketplace in Kurtha town of Jehanabad district on 30 January. Comrade Vidrohi had lent a unique and eloquent expression to people's resentment against the politics of massacres in Bihar when he had blackened the face of Chief Minister Bhagvat Jha Azad on a routine post-massacre spot-visit. The enraged establishment lost no time to send him behind the bars, but the demand for Vidrohi's release became an issue of democratic rights campaign not only in Bihar but also in national and international fora.

Vidrohi, still in jail, was fielded as the IPF's nominee against former Congress CM Jagannath Mishra in the latter's home constituency of Jhanjharpur in Madhubani district of north Bihar. Under growing public pressure, the Laloo Yadav government had to release him, but as many in Jehanabad suspect, the killers of Vidrohi enjoy active patronage of a JD minister from the district. At the time of his killing, Comrade Vidrohi was joint secretary of the Jehanabad district unit of IPF. Paying tributes to the martyred poet-activist, Comrade VM wrote in his obituary note of 5 February, 1993:

“Comrade Vidrohi has been gunned down by the goons of MCC. Comrade Vidrohi was the symbol of the youth's rebellion against this oppressive system. Only those who have some way or other become agents of this system could have thought of killing him.” 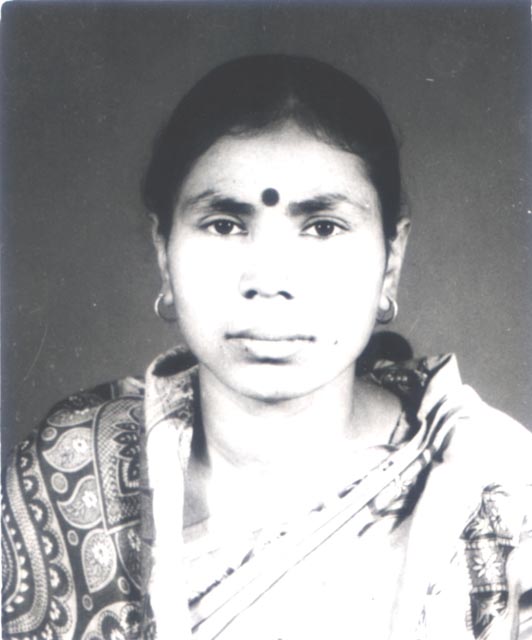 The 6th National conference of AIARLA was held in Jehanabad on 19-20 November 2018. 15 years ago on 14-15 November 2003, the first AIARLA conference was held in Ara. Comrade Manju Devi worked day and night in preparation for that conference. It was then that she was shot to death by Ranveer Sena men at Puran village in Jehanabad. On 10 November 2003, she was returning with two comrades when they fired several bullets on Manju, standing unarmed and defenceless. The killers left only after they were sure that she was dead. She was then just 33 years old.

There is a village (which now comes under Arwal district) called Kharsa, not far from Laxmanpur-Bathe where on 31 December 1997, 59 landless dalits were brutally massacred. Manju was born on 14 April (also Babasaheb Ambedkar’s birthday) 1097. She was the first child of her parents Shanti Devi and Shivsewak Sao. Along with her four sisters and two brothers and many cousins, she belonged to a large (but poor) family. Her father and uncle carried on the work they had inherited—loading and selling rice. Their 10 Katthas of ancestral land had long been sold off. The eldest child, she was well beloved.

At 10 years of age, Manju was adamant that she wanted to go to school. Her parents, quite poor, enrolled her in the primary school of Kharsa Tola. Coming and going from school, Manju experienced the experience of social inequality, prejudice, and violence based on caste and gender. Children belonging to the dominant bhumihar caste beat up and molested the children of the dalit and other oppressed caste families at the slightest excuse. Their families paid no heed to any complaints. Manju got together with other dalit and oppressed caste children and started resisting the upper caste oppressors. Thus, the seeds of opposition to feudal violence and injustice were sown in her young mind. This was the time of socio-political ferment in the neighbouring villages of Sarvarpur, Kayeel, and Kamta where the IPF and CPI(ML) were beginning to grow. People from IPF started visiting the village of Lodipur. The organization became quite strong in the dalit Tola of Kharsa. Assembly elections took place in 1985. The dominant caste people used guns and violence and captured the village polling booth. This incident strengthened the resolve of the poor to build their own organization.

Comrade Manju’s father Shivsewak Sao says that Indal Mehta (popularly known as Gandhiji) and Kunti Devi from Sarvarpur and Meena Devi from Belaon were in the IPF, as were Siddheshwar, Rajbali and Ram Ishwar Paswan from Kharsa Tola. Manju also joined the IPF at the village level. As she began going to meetings and rallies, and making arrangements for food and stay of visitors, he started fearing for her. She got threats from the dominant caste people and warnings from her own people. Her father started advising her and even scolding her for her safety, but in the end she convinced him and he became her supporter.

Well-known woman leader Comrade Kunti Devi says that she first met Manju Devi in 1985: “She was 12 or 13 years old at the time, I had come to attend a meeting of a woman’s organization at Lodipur-Kharsa village. I asked Manju if she would like to participate in the meeting and she willingly agreed.”

On 20 September 1988, feudal forces killed local leader Comrade Chittaranjan Mishra and there was no trace of his body. Manju played an active role in searching for the body which was finally found in a pond. She was in Class VII at that time.

The Arwal Red Cross Society President Comrade Rajnarayan Chaudhary says, “I saw a small girl in a red polka dotted frock walking at the head of a rally, holding a red flag and raising slogans. She looked barely 15 years old.” She soon started working as a Janwadi Mahila Manch leader and a full time activist of the CPI(ML).

In 1989, feudal goons captured a CPI(ML) activist Rampravesh Das (Rajesh) with the intention of killing him. Manju immediately organized people and freed Rampravesh Das. In the 1990 Assembly elections, when Comrade Ramadhar Singh was the candidate from Arwal, she accompanied us daily for campaigning. She was given shelter in Shah Chand’s home, where the entire family loved her like their own child and provided all her needs like food and clothing. After the election, she remained in Karpi and worked there. During this period she and Comrade Subhash Singh fell in love and got married.

Comrade Subhash Singh tells us, “Ours was an inter-caste marriage. I was from the Rajput caste. There was no opposition to our marriage from my father or my family, but Manju’s father and her family opposed it. They prevented her from coming and going out of her home. One day prior to the marriage, when she was being taken to her uncle’s house in Gaini village, she made an excuse on the way that she had left behind some clothes and reached the house of the then District Secretary Comrade Ajit (Suresh Mehta). Our marriage took place on 2 April 1990 at Alawalpur village. All the arrangements were made by Jal Shramik Sangh leader Ram Charittar Ji. Comrade Shivsagar Sharma administered the marriage vows.”

Following her assassination, more than 5000 people participated in the Sankalp Sabha on 11 November 2003 at that very spot, after which Comrade Manju Devi’s final journey to the river bank of Jehanabad started.

A memorial and statue of Comrade Manju was unveiled on 25 January 2004 at a meeting attended by thousands in Karpi. The martyred Manju proved as strong and as big a source of strength as the living Manju. The killers did not refrain from trying to vandalize her statue, but even today her statue and memorial stand as proud symbols of dignity and justice for the poor.