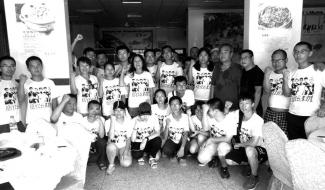 SINCE July 2018, 27 student and labour activists have been arrested in China and held in unknown locations. Between November 9-11, 16 such students and labour organisers (9 of them women) have been picked up and their whereabouts are reportedly unknown.

An online petition on the issue says:

“In May of 2018, workers at the welding-equipment manufacturer Shenzhen Jasic Technology initiated the process of forming a union, including requesting and receiving permission from upper-level unions affiliated with the All-China Federation of Trade Unions. However, in July the company sacked the workers, and the police physically assaulted the workers, took some of them into custody.

“On July 27th, the government arrested 29 Jasic workers and supporters, accusing them of "picking quarrels and provoking trouble," a criminal charge often used by the government to suppress protests. In response, workers and students formed a support group and published open letters on social media to demand the release of all the detainees and respect the workers' right to unionise. Since then, university students and worker supporters travelled to Guangdong to back the workers by protesting outside the police station where the workers were detained, and staged demonstrations to draw social attention.

"On August 24, riot police with full gear and shields raided into the apartment where members of the support group were staying and taken away over 50 students and workers in Huizhou. On the same day, two workers representatives of support group and two activists have been supporting the Jasic workers were arrested in Beijing.

“On November 9th and 11th , the police carried out another mass arrest of Jasic support group and labour activists: Guangdong police forcibly disappeared 12 student activists and workers in Beijing, Shanghai, Guangzhou, Shenzhen, and Wuhan. Five of the disappeared are graduates from Peking University, Zhang Shengye, a recent graduate and a member of Jasic support group, were even beaten up and forced into a car on the campus of Peking University. A labour activist and three workers were taken away in GZ. Two founders of Qing Ying Dreamworks, a registered social worker center based in Shenzhen, were also forcibly disappeared.

“…We call on the authorities to release all the detained and disappeared immediately and unconditionally;

We call on them to ensure that they are free from any torture while in custody, and have regular access to their family and a lawyer of their choice;

We call for an end to physical assault, threats, and forcible disappearance of all workers and student activists.

In August, Yue Xin, one of the arrested students, had written an open letter on behalf of the “July 27 Shenzhen Workers Rights and Detainment Incident” University Solidarity Group.

Yue Xin’s letter reflects the spirit of this new crop of students who are not willing to let their Marxist activism be confined to state-approved Marxist groups or trade unions. Her letter said that the acts of violence against the workers and students in Shenzhen:

“violate one of the governing philosophies of the Chinese Communist Party–protecting the leadership role of the working class. It is an affront to our moral bottom line as a country, politically and ethically.

“…As a young person who grew up in socialist New China, a youth who lives in the New Era, I have no excuse to stand by and do nothing, to look on helplessly as the workers of Shenzhen struggle alone.

“…It is our hope that the Party Central Committee sends an investigation team to understand the reality of the situation, fight for justice for Jasic workers, and severely punish these evil forces.”

The arrested students represent the spirit of Marxism at its best. Why does the Chinese state see students embracing Marxist values and uniting with workers who want independent unions as a threat? We demand the release of the arrested students and workers and stand by their struggles for workers’ rights.